A couple of glasses of wine might help ease inhibitions between the sheets, but sex and booze are a potent cocktail that can quickly lose its sparkle. We ask the experts about the health consequences of mixing alcohol with sex.

Although a couple of drinks can set the mood for a sexual encounter, alcohol isn't actually an aphrodisiac. It's a depressant and acts on the part of the brain that reduces inhibitions, making us feel more relaxed, and socially and sexually confident, which may increase our desire for sex.

These relaxed feelings of sociability and well-being may be helpful in overcoming sexual inhibitions and studies have shown that, consumed in moderation, alcohol can help some women feel aroused and reach orgasm more easily.

The good news is that having one to two small glasses of red wine a day is still considered to be beneficial for cardiovascular health, which in turn supports blood supply to the genitals, helping to maintain healthy sexual functioning.

There has been much publicity over the years about a possible protective effect of alcohol - and particularly red wine - on the risk of heart attack and stroke. In fact, while for some groups up to 2 units a day (one standard glass of wine) may reduce cardiovascular risk - and in theory might improve blood supply to the genitals as well as other areas - drinking above the recommended limits instead increases it.

"The line between having a couple of drinks now and again to feel relaxed and having one too many isn't always easy to judge," says Dr Abigael San, clinical psychologist and alcohol expert. "Particularly if you're tired, under stress, or drinking on an empty stomach."

A study carried out for the Family Planning Association found that 70% of people who regretted having a sexual encounter cited alcohol as a major factor in their behaviour.

"Because alcohol can make you lose your inhibitions, once you cross a certain threshold you are more vulnerable to taking risks that you wouldn't normally take," continues San, "such as having unprotected sex and engaging with partners and practices you might not consider when you're sober."

As judgement may be impaired, there may be confusion regarding giving and obtaining consent for sex, leading to regret, injury, infection, or even sexual assault.

"Alcohol can be deceiving because when you drink you feel good to begin with and want to maintain that feeling," adds San. "But as it takes a while to get into your system you may drink more than you need; before you know it that feeling has intensified and you've lost control."

It takes around 30 minutes to feel the effects of alcohol and it may take an hour to fully metabolise a single unit of alcohol.

Over-consumption of alcohol interferes with functions that are crucial for sexual arousal and orgasm - blood circulation, respiration and sensitivity of nerve endings.

Mr Asif Muneer is a consultant urological surgeon and andrologist at The Wellington Hospital, London, part of HCA Healthcare UK. He says the old adage that 'alcohol increases desire, but reduces performance' has some truth to it.

"Moderate alcohol consumption can reduce sexual inhibitions and increase confidence, but often at the expense of interfering with the erection centre in the male brain and reducing the ability to gain and sustain an erection and reach orgasm."

In women, alcohol can make it more difficult to lubricate, as it is dehydrating. Over-consumption can interfere with the signal between the genitals and brain, numbing sexual sensations and making orgasm more difficult to attain.

"It is common for people to use alcohol to push down uncomfortable emotions," says San. "Also some women who find sex painful, due to conditions such as vulvodynia or vaginismus, may drink alcohol in an attempt to numb the discomfort, but as alcohol reduces vaginal lubrication it can make things worse."

If you’re finding sex painful don't be fobbed off with the age-old 'cure-all', 'have a glass of wine and relax'. Seek counselling for emotional or psychosexual issues, and visit your local sexual health clinic if you're in discomfort, rather than using alcohol to self-medicate.

Muneer confirms that alcohol is a diuretic and causes increased urine production due to the high sugar content, therefore making drinkers prone to dehydration.

"Alcohol can also irritate the bladder lining and cause issues with an overactive bladder which manifests as urinary frequency and urgency," he explains. "When symptoms are bad, abstaining from alcohol for six weeks often improves the symptoms together with a reduction in caffeine intake. Pre-existing cystitis can be triggered by alcohol consumption due to the direct effects on sensory nerves in the bladder and patients with conditions such as interstitial cystitis should avoid alcohol consumption entirely."

As we've heard, anything more than low levels of alcohol intake increases the risk of heart disease, which is a common trigger for sexual dysfunction in people over 40. Penile tissue and clitoral tissue require good blood flow for optimum function, so blocked arteries (due to a build-up of cholesterol) can have a detrimental impact.

Alcohol can also increase cortisol (the hormone released when we're stressed) and reduce testosterone, which both men and women need to maintain a healthy libido.

"Men with a lot of body fat, which can develop due to high alcohol consumption, tend to have a lower serum testosterone and this can cause a reduction in libido and erectile function," adds Maneer.

Often it is conditions associated with long-term alcohol consumption - such as type 2 diabetes, low testosterone and cardiovascular disease - that damage the penile vasculature, causing long-term erectile dysfunction that is more difficult to treat than so-called short-term 'brewer's droop'.

Medications in the mix

Drinking when on antidepressants can in some people cause heightened anxiety and other behavioural changes which may have an impact on sexual activity and function. Mixing antidepressants and other medications with alcohol can have serious side effects. Always check with your pharmacist before drinking alcohol if you're taking medication.

Even drugs that can enhance sexual function, such as Viagra, should be used with caution if you're consuming alcohol. Viagra lowers blood pressure, as does alcohol, and if your blood pressure gets too low this can lead to dizziness, fainting, headache and even heart issues.

The Royal College of Obstetricians and Gynaecologists strongly advises that women should not drink at all when trying to conceive, or during the first three months of pregnancy. Even after this, abstinence during the whole of pregnancy is safest.

The independent charity Drinkaware confirms that alcohol can affect your fertility if you're trying for a baby. Women who drink more than the UK Chief Medical Officers' (CMO) low-risk drinking guidelines of 14 units a week can take longer to become pregnant and encounter menstrual and fertility problems. Men who drink to excess are also likely to suffer lower fertility. 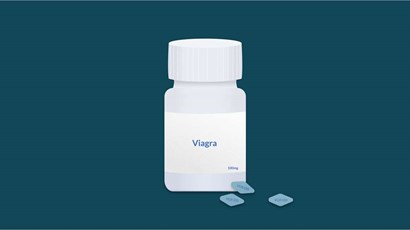 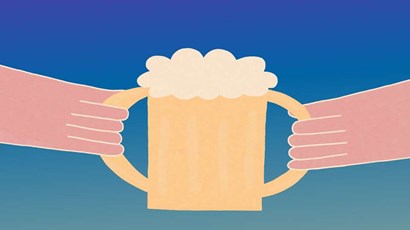 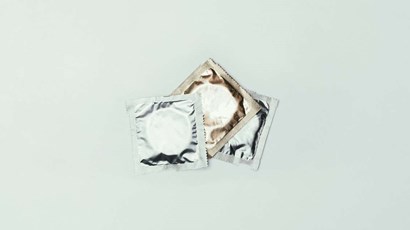 I recently received oral from a guy and these 3 bumps showed up on the tip of my penis. They don't itch, no burning when I pee. Prior to that I had sex with a woman unprotected but noticed these...