Since March this year, the erectile dysfunction drug Viagra - formerly a prescription-only medicine - has been available to buy over the counter. According to Pfizer, which manufactures the drug, this could benefit the estimated 4.3 million men in the UK who experience erectile problems.

The drug, which has been rebranded as Viagra Connect (sildenafil), works by increasing blood flow to the genitals, which in men results in an erection. First made available in 1998, it has been credited as transforming countless men's sex lives. Perhaps unsurprisingly, it has piqued the curiosity of many women too - if it works so well for their male partners, might it not 'work' for them too?

The question was first raised in the New York Times, in an article entitled 'Curious women are seeing if Viagra works wonders for them', just months after Viagra became available. It also made its way into an episode of Sex and the City, in which sexually uninhibited character Samantha uses Viagra to shed her inhibitions further still.

However, despite anecdotal reports of its efficacy (the women in the NYT article describe becoming more 'sensitive' and 'receptive'), the drug is still not available for women 20 years on. You might be able to buy it on behalf of your male partner, if the pharmacist thinks that's appropriate. But you won't be able to purchase it for yourself.

"Yes there is gentle blood flow improvement - however, that doesn't necessarily equate to sexual enjoyment," says Dr Anand Patel, a GP specialising in sexual problems. "Give Viagra to a man and he's generally pretty happy because his outward sign of arousal is an erection and then he can use that for pleasure. With a woman, you improve blood flow to the genitals, but there are more factors at play."

So why is Viagra not available for women, and what happens to those who take it anyway (against mainstream medical advice)? According to Dr Karen Morton, consultant gynaecologist and founder of Dr Morton's - the medical helpline, the drug should not be viewed as a simple libido enhancer.

"The real reason for men to take Viagra is because they want to have sex and they can’t get or sustain an erection," she says. "It's easy to see how medication could cause a huge increase in blood supply and hence inflation of the blood vessels which cause the erection. It has nothing to do with 'desire'."

She points out that relatively few women are troubled by anything similar. While women do experience increased genital blood flow during sex, it doesn't follow that female arousal difficulties are related to problems here.

"In women, the main problem is not really being interested in sex with their current (or often any) partner," she says. "So many women tell me they love their men but they would 'rather have a cup of tea'."

In fact, low libido in women is a complex issue, with a wide range of potential causes. These can range from relationship problems to hormonal conditions, and should be addressed on a case-by-case basis. But to put it extremely simply, mental and physical arousal are two different things.

"Both men and women can be genitally aroused without any mental interest," says Patel. "It's a separate mechanism, which allows lubrication in women or blood flow to the penis in men."

What this means, then, is that a woman could take Viagra without seeing any real effect on her sexual functioning (depending on how this is defined). All this said, there have been some studies in which female Viagra users have reported an increase in sexual pleasure.

The most famous of these, conducted by the UCLA Female Sexual Medical Center in 2003, involved 202 postmenopausal women with female sexual arousal disorder (FSAD). (Importantly, none of these women reported emotional difficulties or problems in their relationships.) Over the course of the 12-week trial, participants took either Viagra or a placebo prior to sexual activity. The Viagra group experienced greater sexual enjoyment overall, and most side-effects were minor.

However, follow-up studies have failed to replicate these results, and there have been no large clinical trials in the area. The evidence base is simply too limited for any real conclusions to be drawn.

On a similar note, we can't say definitively how safe the drug is for women. While it has been well tolerated in studies, there isn't much information out there about its long-term effects. What we do know for sure is that you shouldn't mix it with certain other drugs.

Viagra can be particularly dangerous if combined with poppers (amyl nitrate), another drug often used recreationally to enhance sexual sensation. In rare cases, combining these two drugs has proven fatal.

The quest for a 'female Viagra'

So for women experiencing arousal problems, are there any other drugs that might help where Viagra can't? The answer to this, says Morton, will depend on the nature of the problem.

"The most important thing to address is: 'Does it hurt?' There are many gynaecological conditions to consider so get expert advice," she says. “The majority of postmenopausal women should almost certainly be using oestrogen into the vagina plus good lubrication if they're experiencing vaginal dryness or painful sex."

Research suggests that topical oestrogen is generally pretty safe, at least in the short term, but some doctors may be cautious about prescribing such a medication if a woman has a history of oestrogen-positive breast cancer. In these cases, there are many hormone-free vaginal moisturisers and lubricants available that may provide relief.

Patel adds that some postmenopausal women may benefit from small amounts of testosterone in addition to hormone replacement therapy (HRT). While this is not generally recommended, owing to limited evidence about its efficacy and concerns about side-effects, he says some doctors will prescribe it 'off licence'.

Another interesting candidate is Addyi (flibanserin), a medication licensed in the US but not the UK. Intended for women with hypoactive sexual desire disorder (HSDD), it is thought to work on certain chemicals in the brain (serotonin, dopamine and norepinephrine) to increase sexual motivation.

This drug was widely dubbed 'female Viagra' when it hit the market in 2015. However, it was something of a commercial flop, with critics pointing to its frequent side-effects and underwhelming impact. There is still some controversy as to whether it should be available or not.

"In studies, the drug was found to increase the number of sexual events that would occur by one per month," says Patel. "Lots of people said this is rubbish - if it only increases sexual events by one per month, what's the point in taking it? But for some women with very severe HSDD, one per month could be the difference between never having sex and having a sexual relationship with their partner."

To date, then, we don't have a true 'female Viagra' - or even a real definition of what this would mean. If you're experiencing arousal difficulties, it is worth seeing your GP as a starting point, and perhaps a psychosexual specialist further down the line. There are various treatments that might help, whether physical or psychological. However, the answer probably doesn't lie in a little blue pill from Boots. 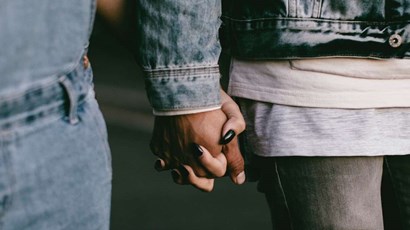 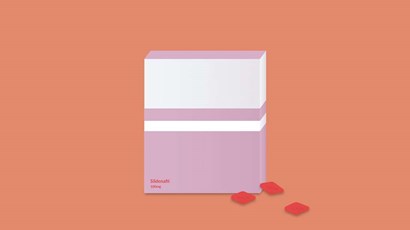 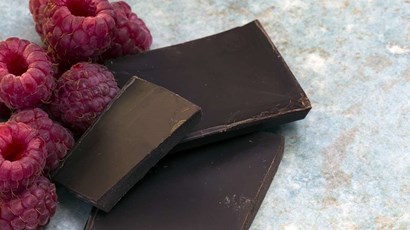 5 days ago I noticed a single raised bump on the rod of my penis it hurt and was itchy around that area, I've been putting warm water on it and its beginning to heal, it looks flesh like. I Did...