For those of us wanting to improve our health, the idea of a 'superfood' as a one-stop shop for nutrition can be pretty appealing. But are 'superfoods' really the miracle-workers some claim them to be?

Salmon, broccoli and blueberries are just some of the foods that have been given the 'superfood' label. And while we know that these are all healthy, the term 'super' suggests they have special benefits beyond simply being good for us. But do superfoods really exist?

What is a 'superfood'?

Generally, a food is promoted to superfood status if it contains a high level of nutritional value. This might mean they contain a variety of nutrients, such as antioxidants, healthy fats, fibre and phytochemicals - chemicals in plants which are responsible for vivid colours and smells, which have been associated with a reduced risk of cardiovascular and other diseases.

While consuming foods that are packed with nutrients is a good idea, there is no scientifically based or regulated definition for superfoods. In 2007, the EU banned the use of the word superfood to sell products without credible scientific evidence. The NHS also highlights that claims of certain foods being 'super' are almost always overstated in the media - and are often inaccurate.

Critics also warn that the description encourages us to fixate on a single food rather than eat a balanced diet.

"The term 'superfood' is a marketing term rather than one based on or recognised by science," says Clare Thornton-Wood, a registered paediatric and adult dietician. "There are undoubtedly some foods that contain particular ingredients that are very beneficial for health. But we still need to eat a wide range of foods in order to get all the nutrients we need - it is not appropriate to rely on a small number of 'superfoods'.

"It is true to say that some foods are better for us than others and some are more densely packed with nutrients than others. Blueberries and açai are examples of two foods that are often labelled as 'superfoods'," Thornton-Wood adds.

Chloe Hall, a dietician and spokesperson for the British Dietetic Association, adds that the term 'superfoods' is essentially 'nonsense' and may be misleading.

"One food is not going to heal all of our ailments or provide everything that our body needs," she explains. "The word superfood has been banned on packaging in the EU unless there is good research to support it. However, the term is still often used in the media."

While fad diets might lead to fast and dramatic weight loss, they're often unsustainable in the ...

Where did the term 'superfood' come from?

Superfood has become an increasingly popular buzzword in recent years, but the origins of the term stretch far back in history. For most of human history, food and medicine have been closely linked. For example, Egyptians used herbs such as myrrh and garlic as medicine over 3,000 years ago.

However, the idea of 'super' or 'miracle' foods is likely to have originated among marketers, rather than medical professionals. For instance, the United Fruit Company launched an advertising campaign to promote its import of bananas over a century ago, heralding perhaps the first 'superfood'.

In today's world of social media and 24/7 connectivity, information - whether accurate or not - spreads fast. The term 'superfood' often drives sales of certain food products too, which benefits the food industry.

According to research by Mintel, 2015 saw a 36% increase in the number of foods and beverages launched globally with the labels 'superfood', 'superfruit' or 'supergrain'. People are also willing to pay far more for such foods, according to a Nielsen survey of 30,000 consumers.

What should we be eating?

"It is important to eat a range of foods such as fruit and vegetables, whole grains and lean protein to gain a wide range of nutrients," Thornton-Wood says. "Berries are a good example of a food rich in antioxidants, vitamins, minerals and fibre all packed into a small serving.

"Eggs are another example. They are 'packaged' into a single serving which is easy to eat hot or cold, and contain a wide range of vitamins and minerals including iron, B vitamins, choline, phosphorous and also lutein which is important for eye health. Nuts and seeds are an excellent source of fibre, 'healthy fats', vitamins, minerals and antioxidants. Interestingly, although they are energy-dense, they have actually been shown to be beneficial in some weight loss studies."

Less healthy foods include those that are highly processed and/or high in fat and sugar. These should form only a very small and occasional part of your diet, Thornton-Wood adds.

"Most people are meeting and, in some cases, exceeding their requirements for calories and protein but some other nutrients such as fibre, calcium, selenium, iron and omega 3 are often overlooked," she says.

Hall adds that she often tells patients to "eat a rainbow" - so to try and include as many different coloured fruit and vegetables as possible.

"Fresh, frozen, tinned all count and they don't need to be really expensive, trendy varieties. Try and buy local and seasonal to reduce the cost," she says. "One of the best swaps you can make in terms of heart and gut health is swapping refined 'white' carbohydrates for whole grains." 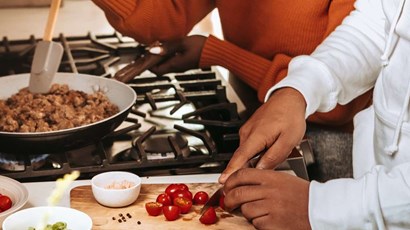 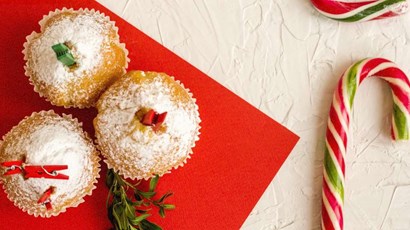 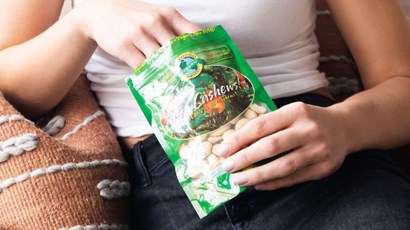 Ways to improve your relationship with food

For the past 3 weeks or so when I exert myself I get a stabbing like pain in my throat and in the center of my chest (just above my breasts). It feels like it percusses from the heart as I get a...