It's no secret that, if you need to lose weight, reaching your target weight can bring a confidence boost. But it's important to acknowledge the psychological pitfalls that can arise along the way.

People who've lost a lot of weight, and kept it off, are almost universally praised in our society. Given how hard it can be to shed the pounds, anyone who has triumphed is held up as a worthy success story.

You only need to turn on the TV, or flick through a magazine, to see this kind of thinking in action. Especially at this time of year, we're bombarded with adverts for diets or exercise programmes, featuring smiling, carefree, stylish people living life to the max. The implication is clear - lose weight from your body and you'll take a weight off your mind as result.

The association between major weight loss and happiness isn't entirely engineered by the media. As Sally Anne Turner, managing director of the medical weight loss clinic Bodyline, explains, many of her clients find the experience to be truly life changing.

"They often come into the clinic with very under-confident behaviours, but once they've lost the weight they're a different person," she says. "When people are feeling confident they can do anything - they change jobs, change how they dress - it's a whole series of changes in their life."

In a 2014 study of overweight patients with type 2 diabetes, those who'd received weight loss interventions were less likely to suffer from depression than those who hadn't. A 2011 review of the evidence came to a similar conclusion, concluding that obese people taking part in weight loss trials tended to reduce their symptoms of depression.

"Benefits that can be observed include improved self-esteem, a more stable mood, improved body image and a general improvement in quality of life," says Dave Waller, lead eating disorder therapist at Life Works.

However, it's important to recognise that a change of this nature may throw up some challenges too - especially if you're doing it unsupported. It's worth considering the psychological adjustments you'll need to make along the way.

Obesity is an ever-increasing problem in the UK, where it is estimated that one in five children...

Emma, 30, from Ireland, lost a third of her body weight while at university, dropping from 100 kg (15 st 10 lb) to 65 kg (10 st 3 lb) over a period of two years. Overweight throughout her childhood and teenage years, she'd given up hope of losing weight, when a friend recommended a training programme at their local gym.

"I lost nearly half a stone in week 1, and then it was the same for week 2, so initially the weight loss was crazy fast," she says. "After that, it was a bit slower and I was losing 2 lb or 3 lb a week for a long period of time."

Initially, the weight loss was intoxicating, and she was met with huge amounts of positive reinforcement. But as those around her got used to the change, she was left craving that encouragement and attention.

"To begin with, people complimented me so much, which I don't know was a good thing," she says. "My sister changed my name in her phone to Skinny, which I thought was great at the time. But after a while she stopped calling me skinny and I thought, why has she stopped, am I fat?"

The newfound thrill of clothes shopping would also become something of a double-edged sword.

"One year I bought a size 8 dress, and that was worse than any drug - to zip up a size 8 dress when you've been a size 24-26," she recalls. "At the time you think it’s completely and utterly amazing. But when you try to get into a size 8 dress again and it doesn't fit, you feel like a massive failure."

As Waller explains, these kinds of thought patterns are fairly common for someone in Emma's position.

"People may encounter increased attention from others and pressure to maintain their weight, as well as a fear of weight gain or perceived 'failure'," he says. "Distortions in body image are possible as the person needs to adjust to their new weight and shape. As the significance the person places on body image may be heightened, any changes - whether perceived or real - may be magnified."

In the worst-case scenario, rapid weight loss can be 'addictive', tipping people over into eating disordered behaviour. One overlooked diagnosis is 'atypical anorexia', in which a person experiences the same starvation behaviours and mental distortions as someone with anorexia, without being clinically underweight.

"The risks can be mitigated if managed carefully, with appropriate support from a dietician, nutritionist or GP over a long period of time, with slow and steady reductions to a healthy and sustainable weight," says Waller.

Turner points out that patients at the Bodyline clinics are supported throughout their weight loss and afterwards, and monitored for any signs that they may be taking it too far.

"Our nurses are specialist nurses in weight loss, and we're not prescriptive in what we advise because healthy eating means different things for different people," she says. "If we saw any slightly obsessive behaviour, our nurses would generally spot that before it escalated into a problem."

That said, some of her clients do face another hurdle - namely the possibility that they'll be left with loose skin once they've reached their target weight.

"One of the biggest things is elasticity of skin and whether they'll be able to afford to have the operation to remove it, or whether the NHS will pay for it," she says (excess skin removal is virtually never available on the NHS). "Depending on the weight they've lost, they've got that whole other process to go through."

Losing the weight without losing peace of mind

A decade down the line, Emma has maintained a healthy BMI but has been left with anxiety around food. She says she would have benefited from more support during her weight loss.

"Over the two years that I was losing the weight, I had a trainer for maybe six months in total," she says. "The trainer was great and made sure I didn't push too hard, but having some support for the rest of that time would have been very advisable."

She adds that, rather than 'going on a diet', it's better to approach the process as a wholesale lifestyle change.

"Don't take on the whole world today, just make one small change at a time," she says. "And set your own goals so you know what you're aiming for. One thing I did right was to track my progress through taking pictures, because it helped with those feelings of demotivation once the weight loss plateaued."

Beyond that, she'd advise anyone beginning this journey to find a form of exercise they enjoy (in her case, that was weightlifting).

"Just pick something that's fun for you, even if it's pole-dancing - if you don't get cake you might as well get pole-dancing," she jokes. "And have a support network, or maybe do it with a friend or join a group like Weight Watchers. I made mistakes that I think could have been avoided by listening to someone with experience in that field."

Turner agrees that it's important to do your homework, and if necessary look into a specialist service.

"There are lots of services out there so it's about picking the one that's right for you," she says. "I'd say steer clear of fad diets, as they really don't work - but a lot of people have had success with group sessions or clinical support." 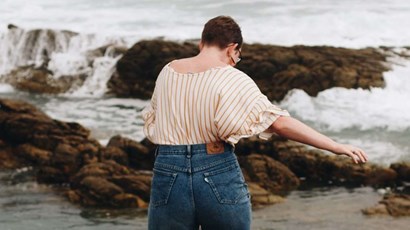 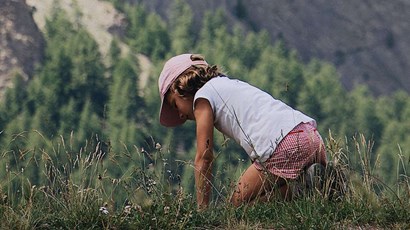 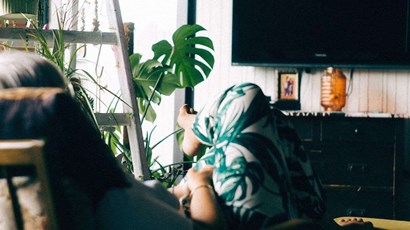 I have started a 23 hour fasting diet and now on my third day. I eat one good healthy meal a day at 6pm.I drink water throughout the day, walk twice daily, approx 2 hours, don't feel hungry and I...