Am I diabetes or prediabetes?

Posted 2 years ago, 6 users are following.

I am 56 male continuing a inactive lifestyle as an office manager, most of the time seated working on the computer.

I am taking Amlor 5mg for hypertension for last 15 years.

Both my parents are diabetes.

Attached are the recent test results, where my Doctor asked me to start diabetic medicine, I believe that I am pre-diabetes and asked him few weeks to control on food and lifestyle change.

Would love to hear any suggestions in the forums. 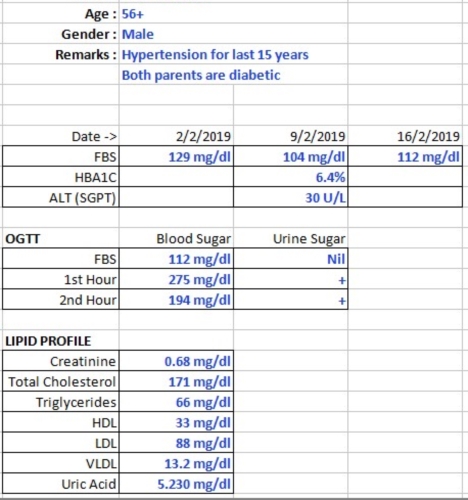