Posted 2 years ago, 10 users are following.

im new to the forum and posting because im seriously have no hope.

i hadnt even heard of this condition until i was diagnosed four months ago.

so summer hols in paris during the 40 degree heat, but weve been hotter places, and several insect bites, to which i always have a reaction anyways. anyway all ok had small rash under the skin which didnt even look like urticaria from the heat but that vanished within hours.

so we return home and get stung again this time on my arm by some unknown bug then carried on with usual summer, swimming etc, then 15th august everthing changed.

covered in a rash all over my thighs.

went to gp who said it was urticaria and to take some antihistamines and it would clear it.

sure enough the rash appeared every morning and would fade by lunch. then it stopped fading. i have the rash permanently in some form or other. the wheals will fade but new ones appear all the time.

i was referred to immunologist who just told me rather frustratingly that it appeared to be idiopathic as it was appearing everyday and just to take antihistamines and to re refer if the antihistamines didnt work.

sure enough i was re reffered and have started on the xolair but it made no difference although its been only two weeks but i have read people received instant relief. has anyone found ot took a delayed response for them to work?

i am taking antihistamines every two hours and am currently on my 9th steroid tablet to reduce the urticaria but nothing is workingn.

so sorry for the long rant but i dont know what i can do living with this every single day. 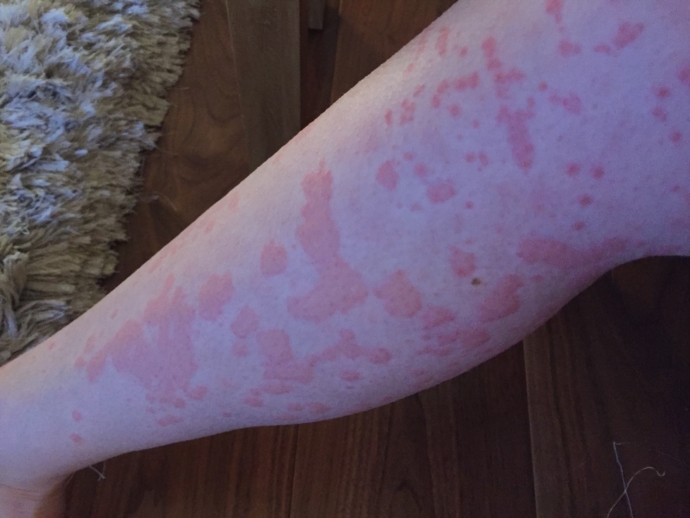