Has anyone experienced spontaneous facial scarring that won't stop?

Edited 2 months ago, 1 user is following.

I have had random, spontaneous pits, divots, and what seems to be deterioration of collagen occur on my face. Think places where you did not have a pimple form or have trauma/damage, but an indented scar forms. At the time, a quick Google search led me a rare scarring disease called Atrophia Maculosa Varioliformis Cutis (AMVC). Acne.org had a now 15-year-old thread on it, with many people discussing it. Medical professionals like dermatologists know nothing of it and there is no cure or understanding of what causes this. It's supposed to be very rare, although there are published studies throughout the years on it, all of which has no helpful conclusion.I have created threads on other places with people coming forward with similar experiences. 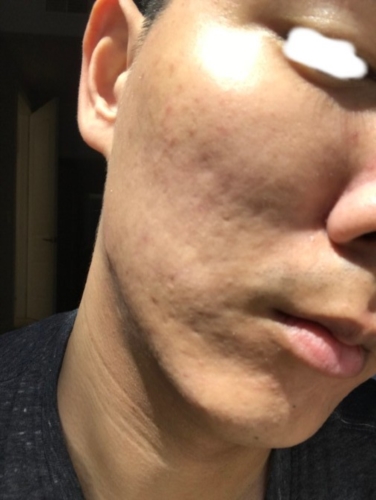 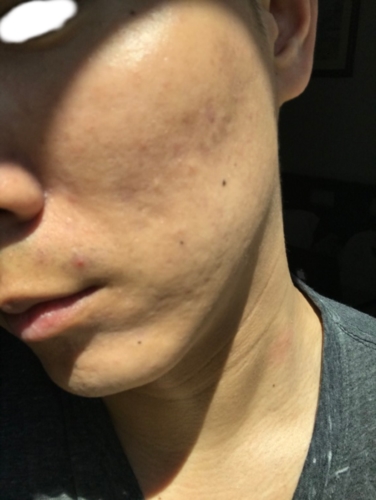 There are the temples, forehead, and nasion area (space between eyebrows above the nose bridge) where I have had scarring randomly show up, but I think everyone gets the picture. I even recently noticed a divot below my right eyebrow, where no pimple has ever formed.

I went to many dermatologists and dermapathologists and even a rheumatologist for 4 years or so, all of whom were unable to help. As you can imagine, because the damage just looks like bad acne scarring, I was told to either go on a retinol or get laser. And no one has ever been able to given a positive AMVC diagnosis since the disease is so under the radar (most derms have never even heard of it).

Yes, I still have acne on and off. I do think some of the scars were caused by some pesky pimples that took a while to clear, but honestly...I would say 90% of the scarring was spontaneous and formed over the years. In March 2013 when it started, it was the absolute worst....a new pit everyday, and I had to stop looking in the mirror. By the end of the year though, it seemed to have stopped. I stopped looking at my face too closely but I feel from 2014-most of 2018 my skin was just "as is," with nothing notable forming. But come fall in 2018, I noticed linear lines forming and other pits started forming again. And scarring has been horrible since then. The damage on my right cheek has been significantly worse. Many people on the Acne.org thread say the scarring "eventually stops" but it's not the case with everyone.

I have tried professional microneedling to zero help, including a PRP session. I was going into PicoSure Focus in March last year and had one session (only one pass with the Focus lens though; was supposed to have two additional passes with the regular lens but I was scared of downtime), but the pandemic started and I've not gone back. It's frustrating because most places I've gone to for cosmetic consultations all recommend me extreme RF microneedling or peels that would have considerable downtime. It's frustrating. And I haven't heard of a single person who has AMVC seek cosmetic treatment and find actual noticeable success; most sufferers fear skin is permanently compromised and can worsen with any cosmetic work.

This all started when I was 23 and I am turning 32 this July, so I've had this for 8 years now. I lost my prime years to being so unhappy over this s**t and it doesn't seem like it's going away.

I don't know how I can fight something with a mind of its own whose origin is unknown. This supposed disease has ruined my life and destroyed my soul. I feel like a monster and that I've been robbed of my right to feel normal and live a normal. I don't know what it's like to be normal anymore. Some members I've connected to suggested therapy but I don't know what can help me. I've been depressed for years. I fear one day I'm going to end up killing myself because I cannot fight this.

Has anyone had experience or know someone who has suffered from something similar?