How worried should we be about this discharge?

Posted 3 months ago, 1 user is following. 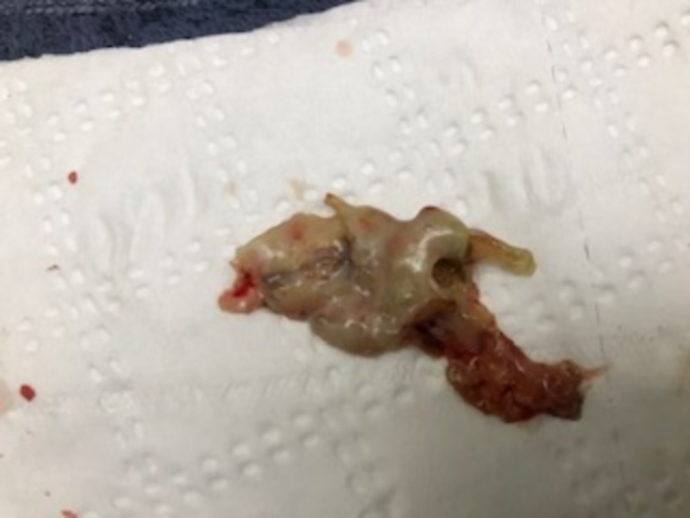 Last January, my husband contracted a serious cold (?) that lasted about 5 months. There were long bouts of coughing (where he would almost pass out) accompanied by continual post nasal drip. Early in his illness he blew this (see above pic) out of his nose. Because of the length of time and continual post nasal drip, his MD referred him to an ENT who he just saw in October. (I forgot to show him the pic). He scoped his nose, etc. and said there was something definitely there and it was producing pus (?). He ordered at CT scan and put him on Pulmicort rinse for 3 months. A follow up yesterday showed there is still something there, although Pulimcort has been discontinued. (CT scan is booked for June 2020, and he is on a cancellation list). He still has continual post nasal drip and uses Cepacol/ Ricola drops to cut the discharge.

Just wondering if anyone has ever seen this type of discharge before and why does it look like an alien life form?