I don't think it's Plantar Fascitis, but correct me if I'm wrong

Posted 16 months ago, 3 users are following.

About a year and a half ago, I started experiencing pretty strong pain in the inner arches of the foot when I'd go running. It started out mild but if I kept running it would turn into full blown, sharp arch pain. It would prevent me from walking for at least a few days after. But then about a week later, walking was perfectly fine again.

I stayed away from running over the past year and only just started getting back into it. I took up swimming in January to March of 2018, and then have mostly been focused on biking since that time. Biking doesn't seem to exacerbate the pain at all.

Just in January of this year, I began running again and it was going pretty well. But then two weeks ago, the pain returned after running then going to a rock climbing gym. I recently changed rock climbing shoes and that is part of the problem I believe.

I just went and got X rays and talked with an orthopedic a week ago. Unfortunately, he told me he could see nothing from the x-rays. I'm at least glad the bones are ruled out, but it kind of leaves me with very little to go off of. The doctor didn't think it was plantar fasciitis from what I was describing. Plus, I've heard people talk about how PF will cause your feet to be sore in the morning, but as it warms up the pain goes away. For me it's the exact opposite. The longer I'm on my feet during the day, the worse it gets. And I've hear PF causes heel pain. My heels have been just fine.

Really the only thing that feels good when the pain is present is to keep weight off.

Here's are images of where it hurts: 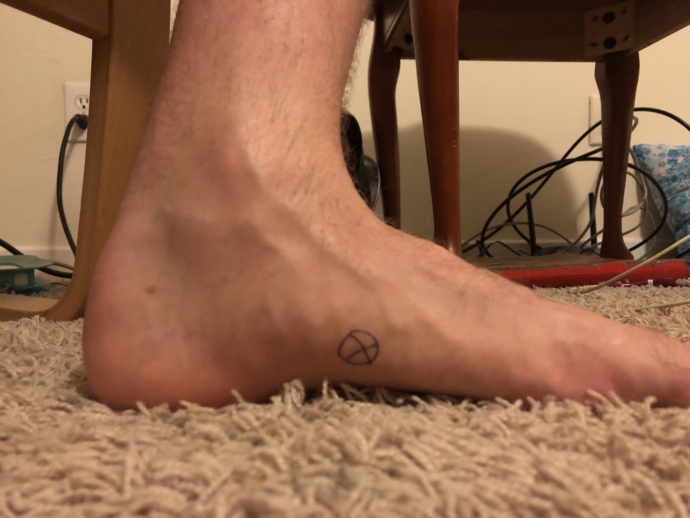 Any suggestions or advice on this issue would great. Or if there's been other posts that match, let me know too.