Edited 6 weeks ago, 6 users are following.

One week ago i had sex with a stranger and used a condom. I had shaved my pubic hair the day before, and had some red bumps and razor burn right after shaving (the day before I had sex). The morning after the encounter, my pubic area felt generally raw and swollen, with what looked like a lot of razor burn. Over the next day or two, most of that calmed down, except for 3 spots, which stayed red and swollen and tender to touch. I didn't really notice that they were "sores" until 2 days after sex. I also went into a hotel pool 2 days after sex. The pool was small and, i realized after getting in, dirty looking. Maybe unrelated? Anyway, these 3 spots got worse. Red and swollen around the base of them, with a white head. I couldn't help picking them, which was painful. Some small amount of whitish stuff came out of one when i squeezed it, but mostly liquidy stuff came out, and it got a crusty grayish top the next day. I picked that off and it became ulcer like. Three stiff hairs popped up out of it, and there is now a yellow crust. A similar thing happened with the other sore, which is in my thigh/bikini line, a day or so later than the first. I dug a hair out of it, but it still looks quite ulcerated, with yellow crust. The third one i mostly left alone, and it is much smaller and almost healed, though it was sore for a day or two as well. I put some antiseptic spray on them, thinking it was infected ingrown hairs. They do seem to be healing quickly, but i still think mild bacterial infection should've been gone faster (it has now been exactly one week since sexual encounter, and about 5-6 days since i really noticed the sores). Yesterday, i noticed a sore, swollen lymph node in the groin, on the same side as the sores. That made me start panicking that maybe this is herpes. I have not had any flu like symptoms, other than fatigue, but i have also been traveling and staying up late. Of course, i will get tested when I get back to the states, but in the meantime, could anyone tell me if you think this looks like herpes? These sores are about 5 days old. 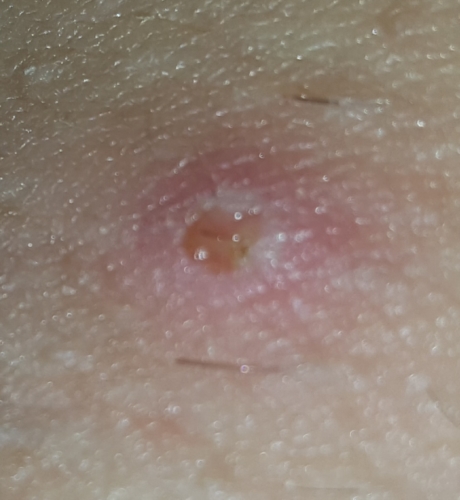 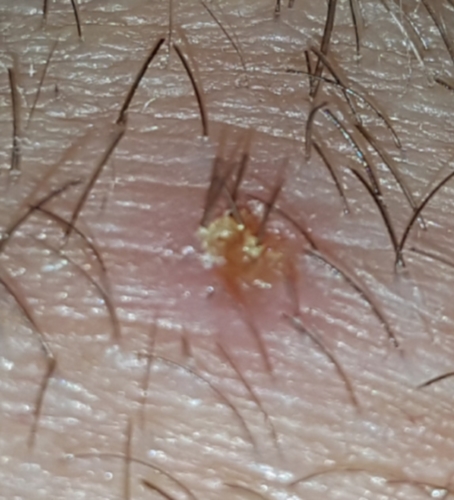 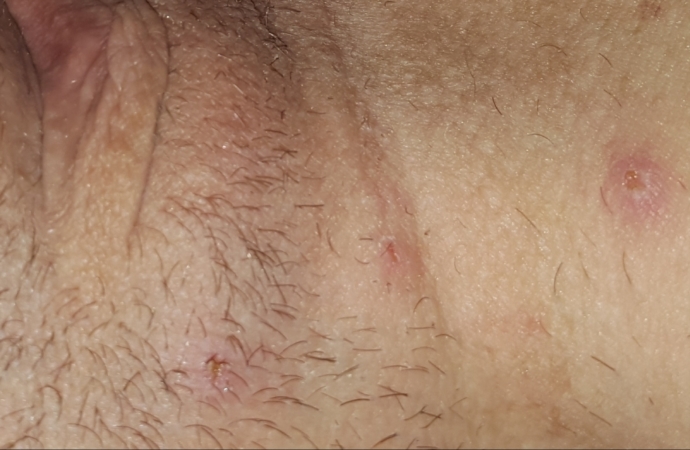