Mysterious bruise on my leg has me worried

Edited 2 weeks ago, 2 users are following.

For the past 4-5 days I had noticed my leg hurting but I didn't think anything of it, until yesterday I was wearing shorts and someone asked me what the bruise was from on my calf which suprised me as I hadn't noticed it. It doesn't really hurt much, it looks like something might have bit me but I don't know what that could have been as bugs like that aren't popular in England. I'm worried it could be something bad, or worse than a big bite. I have attached an image, if anyone has any advice that would be amazing, or any idea what could have caused such a bruise. Also, if anyone has a mote questions 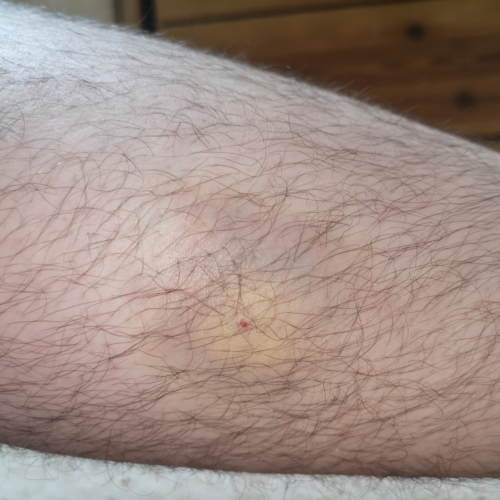