Edited 4 months ago, 3 users are following.

I've had on and off itching for 6 months had bv twice in this timeline but never resolved after treatment and no response to yeast treatment. when i first started gettinf symptoms of itching and burning i just assumed it was a yeast infection as i had just started my birth control two weeks before and because there was thicker looking discharge but there was a red rash in my vulva that looked like little red dots but no sores from what i recall. i got really sick a week after an unprotected encounter in october he came back positive for chlamydia a couple weeks after the encounter but i tested for it 3 times and was negative. when i got sick i was on 3 diff antibiotics without them ever swabbing as they just assumed i had strep but it never resolved so i was eventually hospitalized as i could no longer eat. they never found out what i had as all my mouth swabs came negative for mono strep and tonsilitis and i was sick for an entire month with super swollen lymph nodes in my neck and really bad throat. since then i have had on and off itching in my vagina and cant pinpoint it and no doctor has helped but i shaved a couple days ago and these popped up a day after and they just look a bit suspicious especially since ive been feeling alittle sick the past couple days with swollen lymph nodes in my armpits and one side of my neck yet i dont know why i would be sick as i havent left my house in 2 months. 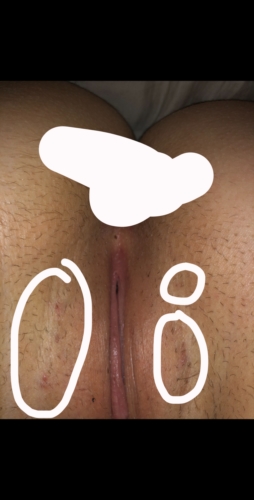