Public Health England (PHE) has released findings that tick-borne encephalitis virus has been detected for the first time in the UK. But do you need to worry?

Encephalitis is the name for an inflammation of the brain caused by an infection or the immune system. Tick-borne encephalitis (TBE) - an infection spread by tick bites - is endemic in mainland Europe, Scandinavia and Asia. If you are likely to be travelling to a country where TBE is common, there is a vaccination which can protect you against the virus.

Arrange a consultation with your local pharmacist to discuss your travel plans and the tick-borne encephalitis vaccine.

Until now, there had been no cases found likely to have been acquired in the UK. Earlier this year, however, a European visitor became ill, most likely with TBE, after being bitten by a tick in the New Forest area, according to PHE. The visitor made a full recovery after treatment.

Anyone who has suspected encephalitis should be admitted to hospital urgently to receive antiviral medication. Some people who have encephalitis can recover and have few or no long-term problems. Others can be left with permanent brain damage which can lead to various problems, including those which affect speech, co-ordination and memory.

The virus has only been detected in a small number of ticks in Thetford Forest and on the border between Hampshire and Dorset.

"These are early research findings and indicate the need for further work; however, the risk to the general public is currently assessed to be very low," says Dr Nick Phin, deputy director at PHE's National Infections Service.

TBE aside, you should always be cautious of the risk from ticks in areas of long grass, he explains. The risk of Lyme disease from tick bites is far higher than the risk of encephalitis.

"Ticks carry a number of infections, including Lyme disease, so we are reminding people to be 'tick aware' and take tick precautions, particularly when visiting or working in areas with long grass such as woodlands, moorlands and parks." 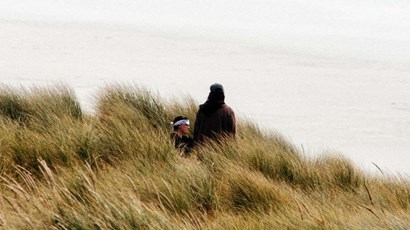