Polycystic ovary syndrome (PCOS), formerly known as the Stein-Leventhal syndrome, is a condition where at least two of the following occur and often all three:

PCOS is common. It is difficult to know exactly how common, as figures vary depending on the definitions used and the countries studied. Research studies of women who had an ultrasound scan of their ovaries found that up to a third of young women have polycystic ovaries (ie ovaries with many small cysts). However, many of these women were healthy, ovulated normally and did not have high levels of male chemicals (hormones).

It is thought that around 1 in 10 women have PCOS - that is, at least two of: polycystic ovaries, a raised level of male hormone, reduced ovulation. However, these figures may be higher.

It is important that healthcare professionals are aware of the full range of signs of symptoms of PCOS and ensure that appropriate attention is given both to their management and their impact on an individual's mental health.

Symptoms typically begin in the late teens or early 20s. Not all symptoms occur in all women with PCOS. For example, some women with PCOS have some excess hair growth but have normal periods and fertility.

Symptoms can vary from mild to severe. For example, mild unwanted hair is normal, and it can be difficult to say when it becomes abnormal in women with mild PCOS. At the other extreme, women with severe PCOS can have marked hair growth, infertility and obesity. Symptoms may also change over the years. For example, acne may become less of a problem in middle age but hair growth may become more noticeable.

The exact cause is not totally clear. Several factors probably play a part. These include the following:

If you have PCOS, over time you have an increased risk of:

These problems in turn may also increase your risk of having a stroke and heart disease in later life. These increased health risks are due to the long-term insulin resistance.

A sleeping problem called sleep apnoea is also more common than average in women with PCOS.

Other possible problems in pregnancy include more chance of having babies too early or having high blood pressure in pregnancy (pre-eclampsia). There may be twice the risk of developing diabetes in pregnancy if you have PCOS so you would be checked for this regularly.

If you have no periods, or very infrequent periods, you may have a higher-than-average risk of developing cancer of the womb (uterus). However, the evidence for this is not conclusive and, if there is a risk, it is probably small and can be prevented (see below).

Tests may be advised to clarify the diagnosis and to rule out other hormone conditions.

Also, you may be advised to have an annual screening test for diabetes or impaired glucose tolerance (pre-diabetes). A regular check for other cardiovascular risk factors such as blood pressure and blood cholesterol, may be advised to detect any abnormalities as early as possible. Exactly when and how often the checks are done depends on your age, your weight and other factors. After the age of 40, these tests are usually recommended every three years.

There is no cure for PCOS. However, symptoms can be treated and your health risks can be reduced.

You should aim to lose weight if you are overweight

Losing weight helps to reduce the high insulin level that occurs in PCOS. This has a knock-on effect of reducing the male chemical (hormone) called testosterone. This then improves the chance of you ovulating, which improves any period problems and fertility, and may also help to reduce hair growth and acne. The increased risks of long-term problems such as diabetes, high blood pressure, etc, are also reduced.

Losing weight can be difficult. A combination of eating less and exercising more is best. Advice from a dietician, and help and support from a practice nurse, may increase your chance of losing weight. Even a moderate amount of weight loss can help.

The best foods for someone with PCOS to eat are likely to be those which are slowly absorbed keeping blood sugar levels steady. These are said to have a low glycaemic index (low GI). This means avoiding white bread, pasta and rice, and choosing wholemeal alternatives. Potatoes and sugary foods and drinks are also best avoided. Most fruit, vegetables, pulses and wholegrain foods are both healthy and have a low GI.

Occasionally tablets (such as orlistat) or operations for weight loss may be considered.

Hair growth is due to the increased level of the hormone testosterone.

Unwanted hair can be removed by:

These need repeating every now and then, although electrolysis and laser treatments may be more long-lasting (but are expensive and are often not available on the NHS).

There are also some medicines which may be helpful. A cream called eflornithine may be prescribed to rub on affected areas of skin. It works by counteracting a chemical (an enzyme) involved in making hair in the skin. Some research trials suggest that it can reduce unwanted hair growth, although this effect quickly wears off after stopping treatment.

Medicines taken by mouth can also treat hair growth. They work by reducing the amount of testosterone that you make, or by blocking its effect. Medicines used include:

Medicines taken by mouth to treat hair growth take 3-9 months to work fully. You need then to carry on taking them, otherwise hair growth will come back (recur). Removing hair by the methods above (shaving, etc) may be advised whilst waiting for a medicine to work.

The treatments used for acne in women with PCOS are no different to the usual treatments for acne. The COC pills, especially Dianette®, often help to improve acne. See the separate leaflets called Acne and Acne Treatments which covers topical treatments and antibiotic tablet treatment for acne.

Some women who have no periods, or have infrequent periods, do not want any treatment for this. However, your risk of developing cancer of the womb (uterus) may be increased if you have no periods for a long time. Regular periods will prevent this possible increased risk to the uterus.

Therefore, some women with PCOS are advised to take the contraceptive pill, as it causes regular withdrawal bleeds similar to periods. If this is not suitable, another option is to take a progestogen hormone, such as medroxyprogesterone for several days every few months. This will cause a monthly bleed like a period. Sometimes, an intrauterine system (IUS), which releases small amounts of progestogen into the womb, preventing a build-up of the lining, can be used. If none of these methods is suitable, your doctor may advise a regular ultrasound scan of your uterus to detect any problems early.

Although fertility is often reduced, you still need contraception if you want to be sure of not getting pregnant. The chance of becoming pregnant depends on how often you ovulate. Some women with PCOS ovulate now and then, others not at all.

If you do not ovulate but want to become pregnant then fertility treatments may be recommended by a specialist and have a good chance of success. Tablets such as clomifene can cause you to ovulate. But remember, you are much less likely to become pregnant if you are obese. If you are obese or overweight then losing weight is advised in addition to other fertility treatments.

Metformin and other insulin-sensitising medicines

Metformin is a medicine that is commonly used to treat people with type 2 diabetes. It makes the body's cells more sensitive to insulin. This may result in a decrease in the blood level of insulin which may help to counteract the underlying cause of PCOS - see above. For certain people with PCOS, a specialist may advise that metformin be taken. However, further research is needed to confirm the role of these medicines in the treatment of PCOS.

A healthy lifestyle is important to help prevent the conditions listed above in 'Possible long-term problems of polycystic ovary syndrome (PCOS)'. For example, you should:

Healthy lifestyle advice applies to everyone, whether they have PCOS or not. However, it is particularly important for women with PCOS, as they may have extra risk factors for health problems in later life. These risks are much reduced if you are not overweight and do not smoke. 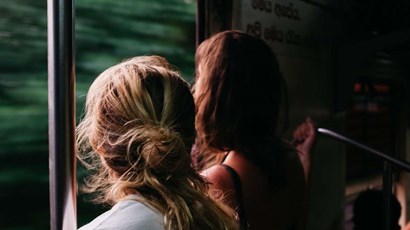 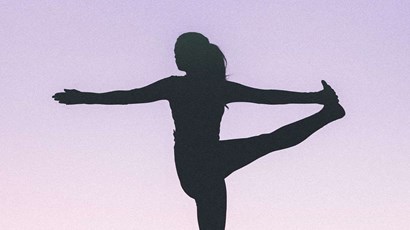 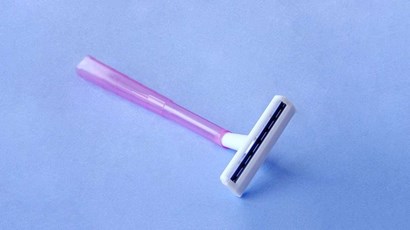 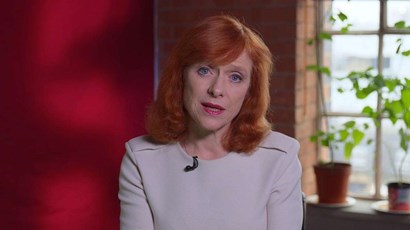 Video: How much does PCOS affect fertility?

hello ,i hope someone can help? im suffering with alot of anxiety about this , my periods became light and closer together last november 2020 i got a scan and all was fine ( pcos normal ) smear test...