In this series Jellyfish Sting

Most stings from bees, wasps and hornets cause pain and slight swelling but have little other effect. However, some people are allergic to stings and can develop reactions that can be life-threatening. Call an ambulance immediately if you suspect an allergic reaction soon after being stung. If you are stung by a bee and the stinger remains in the skin, scrape out the stinger as quickly as possible. Do not pluck it out as this may squeeze more venom into the skin.

Insect bites (not stings) rarely cause serious allergic reactions but can cause small itchy lumps to appear on the skin. Itch may be eased by a soothing ointment, antihistamine tablets, or steroid cream. Some insects infest pets, furniture, etc, and can cause repeated bites.

What is the treatment for an insect sting?

Most insect stings (of which the most common are bee and wasp stings) result in a mild local skin reaction.

If you develop a mild local skin reaction:

Bee stings
If you are stung by a bee, treat the mild skin reaction as above.

If the stinger is still in place - scrape it out:

Wasp stings
Wasps do not leave a stinger in the skin when they sting. If you are stung by a wasp, treat the local skin reaction as above.

Some people are allergic to insect stings. If you aren't severely allergic (you can find out more about severe allergic reactions below), you will notice swelling at the site of the sting. This will probably become larger over several hours and then gradually go away over a few days. The size of the swelling can vary but can become many centimetres across. The swelling may even extend up an entire arm or leg. The swelling is not dangerous unless it affects your airway. However, if it is severe, the skin may break out in blisters.

If you develop a localised allergic reaction:

The treatment for insect stings is pretty much the same as for bites. Stings are more likely to cause a serious allergic reaction, the treatment for which is described below.

This is an uncommon but more serious reaction to an insect sting (and occasionally an insect bite). It happens most often with wasp stings. About a quarter of people who are stung by a wasp or bee have some kind of allergic reaction. Only in a small proportion of these is the reaction severe. This severe reaction is called anaphylaxis and without quick treatment you would soon become unconscious. A small number of people die every year as a result of this kind of severe reaction, usually because they do not obtain treatment quickly enough.

Symptoms of a severe reaction
These include:

A severe generalised reaction will usually develop within 10 minutes of a sting.

If any symptoms of a generalised allergic reaction develop

See above, and then:

If you have many bee or wasp stings at the same time, this can also cause serious illness. This is usually directly due to the high dose of venom, rather than to an allergy.

When should you seek medical advice?

Following an insect bite or sting, itching and redness of the skin are common and may last for up to 10 days. As long as your symptoms are improving and you feel well in yourself, you don't need to seek help. Your pharmacist can offer advice and treatment, including with antihistamine tablets.

You should seek medical advice if the sting looks infected (see below), if you develop symptoms of a generalised allergic reaction, or if you have a skin reaction that seems to be persistent and/or spreading.

How do you treat insect bites?

Insect bites are treated in the same way as insect stings, except you don't have to worry about scraping off a stinger.

When should you seek medical advice?

As with insect stings, you should seek medical advice if the bite looks infected, you develop a generalised allergic reaction or you have a skin reaction that persists or spreads.

Which insect bites cause swelling?

Biting insects that are common in the UK include midges, gnats, mosquitoes, flies, fleas, mites, ticks and bedbugs. They can all cause swelling or bumps on the skin.

How do you know if a bite or sting is infected?

Occasionally, a skin infection develops following a bite, particularly if you scratch a lot, which can damage the skin and allow germs (bacteria) to get in. The signs of infection will be redness and tenderness around the bite. You may also develop a yellow discharge from the area. This is called pus.

Over a period of several days, the infection may spread and, sometimes, can become serious. Redness and swelling that starts and spreads quickly is more likely to be due to allergy than to infection. If the skin around a bite becomes infected then you may need a course of antibiotics. This is not commonly needed but you should seek help if your symptoms become significantly worse or worsen rapidly, or you begin to feel unwell in yourself (with fever, dizziness, chills, etc).

A word on Lyme disease

If you're bitten by a tick, you may develop a 'bull's-eye' rash over several days. This usually starts as a red mark which migrates outwards to form a bigger and bigger circle, centred around where the bite happened. You will often end up with a red central mark surrounded by a pale area, with a red circle outside this, making it look like a bull's eye.

If you develop a rash like this you should see your GP, even if you weren't aware of being bitten by a tick. This could be an early sign of a condition called Lyme disease. Other symptoms include fever, feeling hot and shivery, tiredness, general aches and pains and sometimes neck stiffness.

If you've been bitten by a tick and you develop any of these symptoms, especially the bull's -eye rash, seek medical help. Your doctor should treat you with a course of antibiotics.

In short, if you have an allergic reaction to a sting, you cannot predict what will happen next time you are stung. Your doctor may refer you to an allergy clinic if a sting has caused a generalised reaction or you have developed a large local skin reaction with redness and swelling over 10 cm.

An allergy clinic will be able to do tests to confirm the type of venom or insect to which you are allergic. There are then two possible options which may be considered:

When out and about

Bites and stings most commonly occur when outside, particularly in the countryside.

The following measures are recommended to reduce the risk of stings from bees and wasps:

Ways to avoid bites include:

There is no evidence that eating garlic, vitamin B1 or other foods will repel insects.

The tick usually clings to the skin. Remove the tick as soon as possible after the bite, using fine tweezers or fingernails to grab the tick as close to the skin as possible. Pull it gently and slowly straight out and try not to squeeze the body of the tick. Clean the site of the bite with disinfectant. (Traditional methods of tick removal using a burned match, petroleum jelly, or nail polish do not work well and are not recommended.) 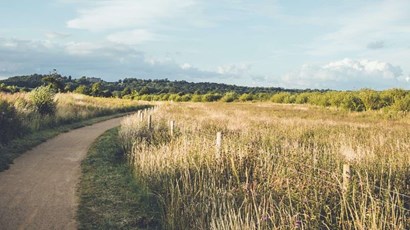 When should I worry about an insect bite? 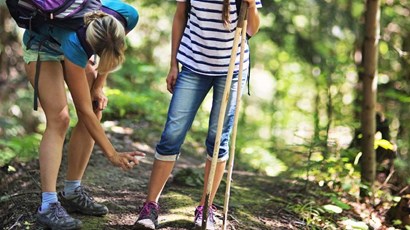 I've noticed random bruising/marks on my buttocks, I'm not sure how they have got there, and slightly concerned, picture doesn't do any justice the marks quite noticeable in person. any advice would...