Lyme disease is an infection caused by being bitten by an infected tick. The first and most common symptom is a rash that spreads out from the site of the tick bite. Left untreated, the germs (bacteria) can spread to other areas of the body. In some cases this can cause serious symptoms - often months after the initial tick bite. A course of antibiotic medication will usually clear the infection.

What is Lyme disease?

It is called Lyme disease after the name of the town in the USA where it was first described.

Where is Lyme disease a problem?

Since 1975 when it was first noted, thousands of cases have been reported in the USA. Lyme disease is less common in the UK. 730 cases were confirmed in 2015 in England and Wales. Not all are reported so the total number of cases each year is unknown. However, it is estimated to be 2,000 to 3,000. This is because many cases are not formally diagnosed and clear away without any treatment. Many people affected are forestry workers and other outdoor workers but visitors and holidaymakers to countryside areas where ticks are found are at risk.

Over half of infections acquired in the UK are known to have been caught in the southern counties of England. Areas where it is most common tend to be centres of outdoor activity - in particular, the New Forest, Thetford Forest, the South Downs, Exmoor, the Lake District, the North York moors and the Scottish Highlands. Up to a fifth of Lyme disease is caught while abroad - in particular, the USA, France, Germany, Austria, Scandinavia and eastern and central Europe.

How do humans get Lyme disease?

The germ (bacterium) that causes Lyme disease lives in certain animals. These are mainly rodents such as mice, some birds and some other small animals. The bacterium is usually harmless to the animals.

Ticks are small insect-like creatures, about the size of a pinhead. Ticks feed by biting the skin and sucking blood from animals such as mice, and sometimes humans. In this way, some ticks become infected with the bacterium that causes Lyme disease.

After a person has been bitten by a tick, it usually takes 24-48 hours for the bacteria in the tick to pass into that person. (Ticks are tiny and 'cling on' to you once they bite you. They then suck blood and become swollen ('engorged') with blood. The bacteria are normally carried in their gut and only travel up to their mouth and into your skin once they have been fed and are engorged. This normally takes about 24 hours but can be less if the tick was already partially fed.) Therefore, if you remove a tick soon after being bitten - within 24 hours - you are much less likely to develop Lyme disease, even if it was an infected tick.

So, it is only certain ticks - those that are infected, that bite and are not noticed clinging on to the skin - that cause Lyme disease. However, ticks are very small, and often do not hurt when they bite so it is quite easy to have a tick bite without noticing. Many people who develop Lyme disease cannot remember being bitten by a tick.

What are the symptoms of Lyme disease?

The symptoms and effects of Lyme disease can be divided into three stages:

Stage one - early reaction to the local skin infection

This can develop at any time between 3 and 36 days after being bitten by an infected tick.

Rash - the classical symptom of Lyme disease is a typical rash called erythema migrans. However, this does not always occur. It may depend on which species of borrelia is involved. In the UK, most people with Lyme disease have or have had this rash.

The rash is usually a single circular red mark that spreads outwards slowly over several days. The circle becomes bigger and bigger with the centre of the circle being where the tick bite occurred. As it spreads outwards, a paler area of skin emerges on the inner part of the circle. Therefore, the rash is often called a 'bullseye' rash. Some types of the germ (bacterium) do not cause a rash, or the rash is different. For example, in the USA, the rash is less likely to have the 'bullseye' appearance.

The rash usually spreads over at least 5 cm but may be much bigger.

The rash is not usually painful or particularly itchy. You may not even notice it if it is on your back. Without treatment, erythema migrans typically fades within 3-4 weeks. However, just because the rash fades it does not necessarily mean the infection has cleared from the body.

Note: many insect bites cause a small red blotchy 'allergic' rash to appear soon after the skin is bitten. These soon go away. The rash of erythema migrans is different in that it usually develops several days after the bite, lasts for longer and has a typical spreading circular appearance.

Flu-like symptoms - these occur in about a third of cases. Symptoms include tiredness, general aches and pains, headache, high temperature (fever), chills and neck stiffness. These symptoms are often mild and go within a few days, even without treatment (but the infection may not have gone).

In some cases, the infection does not progress any further, even without treatment, as the immune system may clear the infection. However, in some cases that are not treated, the disease progresses to stage two.

This may develop in untreated people weeks or months after the bite. Disseminated means spread around the body away from the site of the original infection. Symptoms are variable but can include one or more of the following:

Heart problems. Some affected people develop inflammation of the heart (myocarditis) and other heart problems. This may cause symptoms such as dizziness, breathlessness, chest pain and a feeling that your heart is beating in a fast, irregular way (palpitations).

Rash. Several areas of the skin (not where the tick bite occurred) may develop a rash similar to erythema migrans (described above). These 'secondary' rashes tend to be smaller than the original stage one rash. These tend to fade within 3-4 weeks. Occasionally, blue-red nodules called lymphocytomas may develop on the skin, particularly on ear lobes and nipples.

Rarely, other organs such as the eyes, kidneys and liver are affected.

This may develop months to years after infection. It may develop after a period of not having any symptoms. A whole range of symptoms has been described in joints, skin, nerves, brain and heart:

The cause of certain long-standing symptoms of Lyme disease is controversial. Experts disagree whether certain symptoms are actually caused by Lyme disease, or are due to other problems:

How is Lyme disease diagnosed?

The National Institute for Health and Care Excellence (NICE) has issued new quality standards for Lyme disease in relation to diagnosis and treatment. They are:

You can find out more from our further reading section below.

In most cases, Lyme disease is diagnosed in stage one of the disease by the typical symptoms. That is, the typical rash, sometimes also with a flu-like illness, in someone who has been bitten by a tick. Other tests are not needed in this situation and treatment is usually given.

The diagnosis of stage two or three is more difficult. Blood tests are helpful (but not always conclusive) in diagnosing the disease if it is suspected from the symptoms. Occasionally the fluid from an inflamed joint or skin samples are sent for tests. In the UK, it is recommended that the tests should only be only carried out in specialised NHS laboratories. Public Health England (PHE) advises that positive tests carried out in other places should be repeated in an NHS laboratory.

Blood tests in the early stages are often negative. This is because the most accurate test looks for the reaction of your immune system to the infection. It tests for proteins your body produces in response to the infection. These are called antibodies. It takes your body some weeks to develop these antibodies. This is why there is no point testing in the early stages. Even if you have the infection and are treated early, your blood test is unlikely to confirm this at a later date. In stage 2 or 3 of the disease, however, there is a high chance that a blood test will pick up Lyme disease.

What is the treatment for Lyme disease?

A course of antibiotic medication will usually clear the infection. The type of antibiotic, and the length of the course, can vary depending on individual circumstances. Your doctor will advise. Most people are diagnosed in stage one when treatment will clear the symptoms and prevent the development into stages two or three.

In most cases the antibiotic used is either doxycycline or amoxicillin. The course of treatment is usually two or three weeks. The antibiotic is taken as a tablet, or liquid, by mouth. In cases where there is nerve, heart or brain involvement, it may be necessary to be admitted to hospital for intravenous (IV) antibiotics.

Treatment for persistent (chronic) Lyme disease or post-Lyme syndrome is controversial. Many experts do not believe Lyme disease is the cause of these long-standing symptoms. There is no convincing evidence that longer or frequent courses of antibiotics improve the symptoms. Unnecessary antibiotics may cause side-effects, or bacteria may become resistant to them, meaning infections are more difficult to treat in the future.

Talk with your GP about the symptoms you have. Together you can work out a plan for improving the problems, whether they are caused by Lyme disease or not. As there are no clear-cut, internationally agreed guidelines in this area, both you and your GP may need to keep an open mind as you consider the options.

Can Lyme disease be prevented?

The following will reduce your risk of developing Lyme disease:

To remove a tick that is attached to your skin

Inexpensive tick removal devices may be available at veterinary surgeries and pet supply shops and are useful for people who are frequently exposed to ticks. These should be used in accordance with manufacturers' instructions.

Do NOT do any of the following:

After removal, DO clean the skin with soap and water, or skin disinfectant, and wash hands.

If you are treated with antibiotic medication in stage one of the disease, you have a very good chance of a complete cure with no further problems.

If you are not treated in stage one, you may go on to develop some symptoms of stage two or three. However, these are often mild and transient symptoms such as a skin rash or mild joint pains. Some people develop more severe symptoms if they progress to stage two or three. Treatment with antibiotics during stage two or three is also usually curative. However, a prolonged course of antibiotics may be needed. It may be difficult to treat post-Lyme syndrome, as it is not yet known what causes these ongoing symptoms. However, most eventually clear up with time.

Infection with Lyme disease does not produce lifelong immunity so you will need to continue with tick bite prevention measures to reduce the risk of further infection. 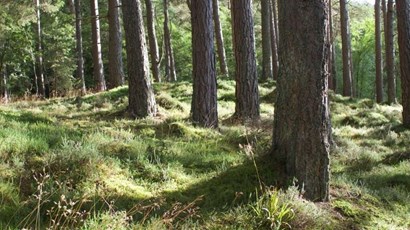 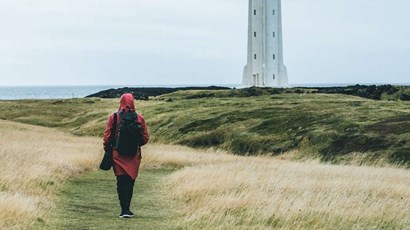 Good morning, I had a tick bite about 2 weeks ago, I am not sure how long it had been on the back of my knee. I thought it was a papilloma as it was very thin and long. I pulled it, removed it and...