Myalgic encephalomyelitis or chronic fatigue syndrome (ME/CFS) is a condition where you have long-term disabling tiredness (fatigue). Most people with also have one or more other symptoms such as muscular pains, joint pains, disturbed sleep patterns, poor concentration or headaches. The cause is not known.

What is myalgic encephalomyelitis/chronic fatigue syndrome?

Myalgic encephalomyelitis (ME), also referred to as chronic fatigue syndrome (CFS), is a condition that causes marked long-term tiredness (fatigue) and other symptoms which are not caused by any other known medical condition.

Many people, including some doctors, now think that ME may represent a number of different conditions rather than just one condition. This would explain the considerable variety of different symptoms and the severity of symptoms.

The rest of this leaflet just uses the term myalgic encephalomyelitis (ME).

What are the symptoms of myalgic encephalomyelitis?

The onset of ME symptoms can be fairly sudden (over a few days or so), or more gradual.

The most common main symptom is persistent tiredness. The tiredness is of new onset. That is, it has not been lifelong but started at a point in time and causes you to limit your activities compared with what you were used to. It is often felt to be both physical and mental tiredness and is said to be overwhelming, or to be like no other type of tiredness. For example:

Physical or mental exertion will often make your symptoms worse.

The severity of ME can roughly be divided into three levels:

Mild cases - you can care for yourself and can do light domestic tasks, but with difficulty. You are still likely to be able to do a job but may often take days off work. In order to remain in work you are likely to have stopped most leisure and social activities. Weekends or other days off from work are used to rest in order to cope.

Moderate cases - you have reduced mobility and are restricted in most activities of daily living. The level of ability and severity of symptoms often varies from time to time (peaks and troughs). You are likely to have stopped work and require rest periods. Sleep at night tends to be poor and disturbed.

Severe cases - you are able to carry out only minimal daily tasks such as face washing and cleaning teeth. You are likely to have severe difficulties with some mental processes such as concentrating. You may be wheelchair-dependent for mobility and may be unable to leave your home except on rare occasions. You usually have severe prolonged after effects from effort. You may spend most of your time in bed. You are often unable to tolerate any noise and are generally very sensitive to bright light.

How is myalgic encephalomyelitis diagnosed?

There is no test that proves that you have ME. A doctor will usually diagnose ME based on your symptoms. Some tests are usually done to rule out other causes of your tiredness (fatigue) or other symptoms. For example, blood tests may be done to rule out anaemia, an underactive thyroid gland, liver problems and kidney problems. All these tests are normal in people with ME.

The cause of ME is not known. There are various theories but none has been proved. A popular theory is that a viral infection may trigger the condition. It is well known that tiredness (fatigue) is a symptom that can persist for a short time following certain viral infections. For example, infection with the glandular fever virus or the influenza virus can cause fatigue for several weeks after other symptoms have gone. However, most people recover within a few weeks from the tiredness that follows known viral infections.

Factors that are thought to contribute to some people developing ME include:

It is hoped that research will clarify the cause (or causes) of ME in the future.

What is the treatment for myalgic encephalomyelitis?

There is no known cure for ME, although treatment may help to ease symptoms. You are likely to be referred to a specialist who will be able to offer you support and treatment. Treatments that may be considered include the following.

Management of your symptoms

Painkillers may help if muscle or joint pains are troublesome symptoms. Eating little and often may help any feeling of sickness (nausea). Specific diets have not been shown to be beneficial.

Depression can occur in people with ME - as it can in many other persistent (chronic) diseases such as heart or lung disease. Depression can make many symptoms worse. Antidepressants may be prescribed if depression develops.

Management of your quality of life and function

Managing rest
Setting aside times to rest (rather than actual sleep) is very beneficial. You should introduce rest periods into your daily routine. These should ideally be limited to 30 minutes at a time and be a period of relaxation.

Relaxation
Relaxation can help to improve pain, sleep problems and any stress or anxiety you may have. There are various relaxation techniques (such as guided visualisation or breathing techniques) which you may find useful when they are built into your rest periods.

Pacing
This means balancing periods of activity and rest and becoming aware of which activities demand most from you. You should aim to stop activities before you feel the impact so that you have enough energy in reserve. Doing too much on a good day may make you feel the impact later. It can take time to change your usual activities but pacing is very important in managing your condition in the long term.

Diet
It is very important that you have a well-balanced diet. You should try to avoid any foods and drinks to which you are sensitive. Eating small, regular meals which contain some starchy foods is often beneficial.

Other treatments
Graded exercise therapy and cognitive behavioural therapy have been recommended by the National Institute for Health and Care Excellence (NICE) guidelines, but may not be of any benefit or may even make symptoms worse. The NICE guidelines are currently being reviewed.

Depending on the severity of illness, other support may be needed - for example, carers, nursing support, equipment and adaptations to the home to help overcome disability.

As there is only limited success with conventional treatments, it is understandable that people turn to complementary practitioners. Many people with ME find various therapies helpful. However, there is not enough research evidence to support the use of complementary therapies for the treatment of ME.

There is also insufficient evidence to recommend the use of supplements (for example, vitamins).

It can be common to have setbacks when symptoms become worse for a while. These can have various triggers - for example, poor sleep, infection or stress.

Your doctor may discuss with you strategies which may help during a setback. These may include relaxation techniques, talking with your family, and finding the right balance between activity and rest, if possible. However, it may be necessary for you to reduce or even stop some of your activities and increase the amount of rest you have during a setback.

Following a setback you should usually be able gradually to return to your previous activity level.

In most cases, ME has a fluctuating course. There may be times when symptoms are not too bad and times when symptoms flare up and become worse (a setback). The outcome is very variable and there is currently no effective method for predicting how the illness will progress or whether it will improve or resolve for any individual person. 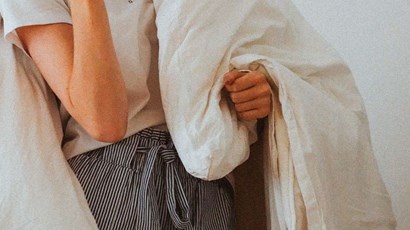 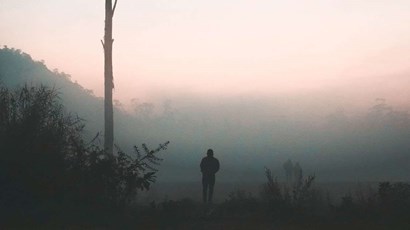 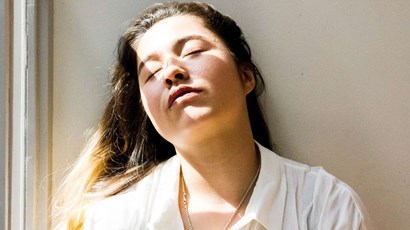 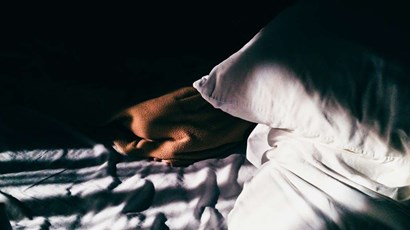 Hi everyone, I was diagnosed in 2017 with CFS after having glandular fever in 2016. I've found it difficult to get my sleep pattern in order because I cant seem to manage staying awake more than 12...