In this series Asthma Peak Flow Meter for Asthma

An inhaler is a device holding a medicine that you take by breathing in (inhaling). Inhalers are the main treatment for asthma. There are many different types of inhaler, which can be confusing. This leaflet gives information on the medicines inside inhalers, and the types of inhaler device, and some general information about inhalers. This leaflet is about inhalers for asthma.

The medicine inside an inhaler goes straight into the airways when you breathe in. This means that you need a much smaller dose than if you were to take the medicine as a tablet or liquid by mouth. The airways and lungs are treated, but little of the medicine gets into the rest of the body.

The proper medicine name is called the generic name. Different drug companies can use the generic medicine and produce different brands - the proprietary medicine names. There are many different brands of inhalers. Inhalers can have generic names and be produced by different drug companies too. For some medicines there are different inhaler devices that deliver the same medicine. This means that there are many types of inhaler available on prescription, all of which are produced in different colours. This can be confusing.

Because there are lots of different-coloured inhalers available, it is helpful to remember their names, as well as the colour of the device. This might be important if you need to see a doctor who does not have your medical records - for example:

It might be helpful to keep a list of the names of your medicines and inhalers in your wallet or purse. This information will prevent mistakes and confusion.

The two main reliever medicines are salbutamol and terbutaline. These come in various brands made by different companies. There are different inhaler devices that deliver the same reliever medicine. Salbutamol brands include Airomir®, Asmasal®, Salamol®, Salbulin®, Pulvinal Salbutamol® and Ventolin®. Terbutaline often goes by the brand name Bricanyl®. These inhalers are often (but not always) blue in colour. Other inhalers containing different medicines can be blue too. Always read the label.

If you only have symptoms every now and then, the occasional use of a reliever inhaler may be all that you need.

If you need a reliever three times a week or more to ease symptoms, a preventer inhaler is usually advised.

These are taken every day to prevent symptoms from developing. The type of medicine commonly used in preventer inhalers is a steroid. Steroids work by reducing the inflammation in the airways. When the inflammation has gone, the airways are much less likely to become narrow and cause symptoms such as wheezing.

Steroid inhalers are usually taken twice per day. If you have an exacerbation (flare-up) of your asthma symptoms, you may be advised to take the preventer inhaler more often.

It takes 7-14 days for the steroid in a preventer inhaler to build up its effect. This means it will not give any immediate relief of symptoms (like a reliever does). After a week or so of treatment with a preventer, the symptoms have often gone, or are much reduced. It can, however, take up to six weeks for maximum benefit.

If your asthma symptoms are well controlled with a regular preventer you may then not need to use a reliever inhaler very often, if at all.

Inhalers that contain medicines called sodium cromoglicate (brand name Intal®) or nedocromil (brand name Tilade®) are sometimes used as preventers. However, they do not usually work as well as steroids.

Bone strength (density) may be reduced following long-term use of high doses of inhaled corticosteroids. Therefore people who use steroid inhalers for asthma need to make sure they have a good supply of calcium in their diet. Milk is a good source of calcium but dairy products may need to be avoided for some people with asthma. Other good dietary sources of calcium include:

The medicines in these inhalers function in a similar way to relievers, but work for up to 12 hours after each dose has been taken. They include salmeterol (brand name Serevent® and Neovent®) and formoterol (brand names Atimos®, Foradil®, and Oxis®).

Some brands of inhaler contain a steroid plus a long-acting bronchodilator for people who need both to control their symptoms. Examples of combination inhalers are:

A standard MDI is shown above. The MDI has been used for over 40 years and is used to deliver various types and brands of medicines. It contains a pressurised inactive gas that propels a dose of medicine in each 'puff'. Each dose is released by pressing the top of the inhaler. This type of inhaler is quick to use, small, and convenient to carry. It needs good co-ordination to press the canister and breathe in fully at the same time. Sometimes these are known as evohalers (depending upon the manufacturer).

The standard MDI is the most widely used inhaler. However, many people do not use it to its best effect. Common errors include:

These are alternatives to the standard MDI. Some are still pressurised MDIs, but don't require you to press a canister on top. The autohaler shown above is an example. Another example of a breath-activated MDI is the easi-breathe inhaler.

Other breath-activated inhalers are also called dry powder inhalers. These inhalers do not contain the pressurised inactive gas to propel the medicine. You don't have to push the canister to release a dose. Instead, you trigger a dose by breathing in at the mouthpiece. Accuhalers, clickhalers, easyhalers, novolizers, turbohalers and twisthalers are all breath-activated dry powder inhalers. You need to breathe in fairly hard to get the powder into your lungs. Some types are shown below.

Spacer devices are used with pressurised MDIs. There are various types - an example is shown above. The spacer between the inhaler and the mouth holds the medicine like a reservoir when the inhaler is pressed. A valve at the mouth end ensures that the medicine is kept within the spacer until you breathe in. When you breathe out, the valve closes. You don't need to have good co-ordination to use a spacer device.

A face mask can be fitted on to some types of spacers, instead of a mouthpiece. This is sometimes done for young children and babies who can then use the inhaler simply by breathing in and out normally through the mask.

There are several different types of spacer. Examples are Able Spacer®, Aerochamber Plus®, Nebuchamber®, Optichamber®, Pocket Chamber®, Volumatic® and Vortex®. Some spacer devices fit all MDIs; others are only compatible with specific brands of inhalers.

Tips on using a spacer device. The following are tips if you are prescribed a holding spacer. These have a valve at the mouth end - the spacer in the picture above is an example:

Nebulisers are machines that turn the liquid form of your short-acting bronchodilator medicines into a fine mist, like an aerosol. You breathe this in with a face mask or a mouthpiece. Nebulisers are no more effective than normal inhalers. However, they are extremely useful in people who are very tired (fatigued) with their breathing, or in people who are very breathless. Nebulisers are used mainly in hospital for severe attacks of asthma when large doses of inhaled medicines are needed. They are used less commonly than in the past, as modern spacer devices are usually just as good as nebulisers for giving large doses of inhaled medicines. You do not need any co-ordination to use a nebuliser - you just breathe in and out, and you will breathe in the medicine.

Do you get side-effects from inhalers?

At standard inhaled doses, the amount of medicine is small compared with tablets or liquid medicines. Therefore, side-effects tend to be much less of a problem than with tablets or liquid medicines. This is one of their main advantages. However, some side-effects do occur in some people. Read the leaflet that comes with the inhaler for details of possible side-effects. The following just highlights the more common and important ones to be aware of.

One problem that might occur when using a steroid inhaler (especially if you are taking a high dose) is that the back of your throat may get sore. Thrush infection in the mouth may develop. This can usually be treated easily with a course of pastilles to suck or liquid that you hold in your mouth. You might also notice that your voice becomes more hoarse.

If you rinse your mouth with water and brush your teeth after using a steroid inhaler you are less likely to develop a sore throat or thrush. Also, some inhaler devices (such as spacers) are less likely to cause throat problems. A change to a different device may help if mouth problems or thrush occur.

Note: a persistent hoarse voice that does not settle, needs further investigation as it can be due to other causes. If you have this symptom you should tell your GP.

If you use a high dose of inhaled steroid over a long time it may be a risk factor for developing osteoporosis. You can help to prevent osteoporosis by taking regular exercise, not smoking, and eating a diet with enough calcium.

Children who use an inhaled steroid over a long time should have their growth monitored. There is a small risk that enough steroid may get from the lungs and into the body (via the bloodstream), to delay growth. This risk has to be balanced against the risk of a child with asthma not having a steroid preventer. Long-term ill-health (such as with conditions like severe asthma) could also affect a child's growth.

Which is the best inhaler device to use?

This depends on various factors such as:

Often the choice of inhaler is just personal preference. Most GPs and practice nurses have a range of devices to demonstrate, and let you get a feel for them. If you are unhappy with the one you are using then ask your GP or practice nurse if you can try a different type. 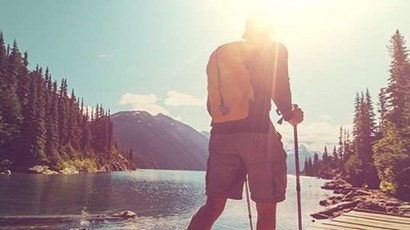 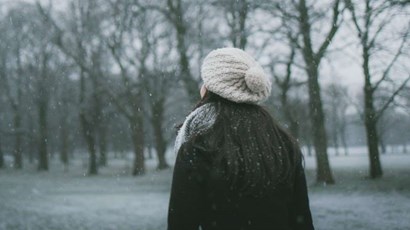 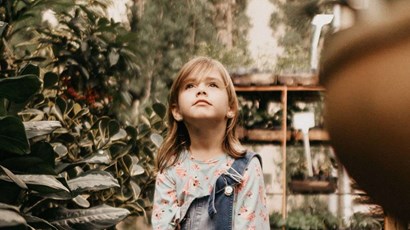 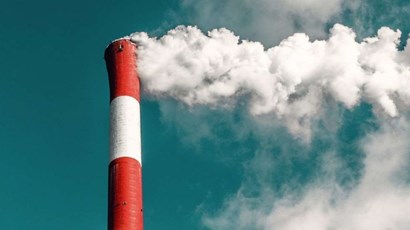 Does anyone know of any natural remedies for asthma that can be taken on a regular to reduce long term symptoms? Any ideas would be appreciated.