The prospect of rewards may encourage your child to get to the toilet if they are about to wet the bed, and may help to cure bedwetting.

A reward system such as a reward chart (star chart) aims to reward a child for progress.

What are reward charts?

A reward system may be useful for a child who wets the bed. Basically, they are calendars with a space for each day. Commonly, a sticky star is placed on a chart (a star chart) each day following a good night. For a poor night, the day is left blank. There are many variations and styles of star chart.

Your doctor may give you one. If not - why not make one with your child? Instead of the sticky stars you could colour in different days. For example, red for dry nights, blue for wet ones, yellow for signs of progress. It is a visual reminder to the child of their progress.

Your child must be old enough to co-operate and to understand what is expected (about the age of 4 or 5 years or above). They should be adapted to the age of your child. It can almost be made into a game. At bedtime, produce the chart to remind your child of progress so far. The following morning, if there has been a good night, make a fuss and have a little ceremony of sticking on the star or colouring in the space. If it was a poor night, do not punish. Say something like "we can try again tomorrow".

The chart should be kept in a prominent place. If progress is good, perhaps comment to others in front of your child about the good chart. However, be sensitive about this so as not to embarrass the child in front of others. Some children may not want others to know about the bedwetting. (If progress is bad, do not make any public comments which will discourage.) Progress need not be just dry nights.

Charts and rewards should not just be about dry nights. Your child may gain a star or point for other signs of progress which you have agreed with your child. These might be for: going to the toilet before going to bed, getting up and telling you they are wet, helping to remake the bed, drinking recommended levels of fluid during the day, etc.

A star chart can enable you to make a deal with your child. The deal has to be realistic. If the child wets every night then any sign of progress is worth rewarding. If bedwetting is less often, a full week of dry nights might be the goal. You can give a reward if the child gains an agreed number of points or coloured stars.

Every family has their own idea of what should be a reward for progress. To some children, just the pleasure of being able to stick shiny stars on dry days is reward enough. Other families may prefer to give a special treat - for example, sweets or other goodies. Some parents say that so many points can be cashed in for extra activities. This may be such things as extra swimming trips or a trip to a favourite restaurant.

There are no fixed rules but it is important to keep your word. Whatever your deal, you must keep to it. Your child will become confused and discouraged if things are not consistent. Therefore, do not forget the reward. Also, do not be soft and give rewards when they have not been won. You should never remove reward points from the chart, even after a very bad night. It is important to reward positive changes, but not punish the child for something over which they may have no control.

Research studies have shown that reward systems do help to cure bedwetting in some cases. However, if they don't work, the child may become frustrated at never getting rewards. If no progress is made after a few weeks or so, it may be best to stop and try again in a few months. Or visit your GP to discuss other treatment options.

For this simple chart, place a sticky star on each day following a dry night. 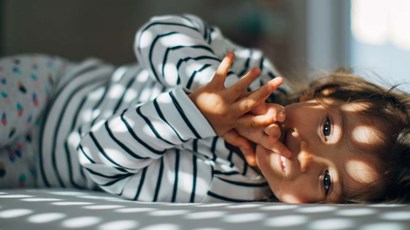 The best solutions for bedwetting 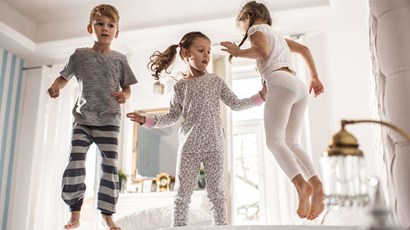