Laxatives are medicines that are used to treat constipation. They can be taken by mouth as liquids, tablets, or capsules, or they can be given via the back passage (rectum). Laxatives are generally divided into four groups, depending on the way they work.

Some laxatives work quickly, within 15-30 minutes, and some take one or two days to work. You should drink plenty of fluid when you are taking laxatives (8-10 cups per day). Laxatives are usually taken for a few days until your bowel movements have returned to normal. A few people need to take them long-term.

Laxatives are a group of medicines that are used to treat constipation. They can be taken by mouth as liquids, tablets, or capsules, or they can be given via the back passage (rectum) - for example, suppositories, or enemas. Suppositories are pellet-shaped laxatives that are inserted into the rectum, via the anus. An enema is a liquid that is inserted into the rectum and lower part of the gut (bowel), via the anus.

There are four main groups of laxatives that work in different ways. Each laxative may have different brand names:

Some laxatives work in more than one way. There are also a number of newer medicines for constipation, which work differently to the groups above. These don't all necessarily work by their direct effect on the gut. These include prucalopride, lubiprostone, and linaclotide.

Constipation is the name for the condition where stools (faeces) become hard and difficult or painful to pass. The time between opening your bowels increases compared with your usual pattern.

Note: there is a large range of normal bowel habit. Some people normally go to the toilet to pass faeces 2-3 times per day. For others, 2-3 times per week is normal. It is a change from your usual pattern that may mean that you are constipated. Sometimes crampy pains occur in the lower part of your tummy (abdomen). You may also feel bloated and feel sick if you have severe constipation.

Constipation may be caused by not eating enough fibre, or not drinking enough fluids. It can also be a side-effect of certain medicines, or related to an underlying medical condition. In many cases, the cause is not clear.

How do laxatives work?

Bulk-forming laxatives are sometimes called fibre supplements. They increase the bulk of your stools (faeces) in a similar way to fibre. They partly work by absorbing water (a bit like blotting paper). The increase in the bulk of your faeces stimulates the muscles in your gut to squeeze faeces along and out of the body. Fibre is the part of plant food that is not digested. It stays in your gut and is passed in the stools. Fibre adds bulk to the stools. You can increase your fibre intake by food as well as medication.

Osmotic laxatives work by increasing the amount of fluid in the large bowel by drawing fluid into it (osmosis). Less fluid is then absorbed into the bloodstream from the large bowel. The bowels become more filled (distended) because of the extra fluid, and the stools are softer. The extra volume stimulates the muscles of the walls of the bowels to contract. These muscle contractions (called peristalsis) squeeze the faeces along.

Stimulant laxatives stimulate the nerves in the large bowel (the colon and rectum - sometimes also called the large intestine). This then causes the muscle in the wall of the large bowel to squeeze harder than usual. This pushes the faeces along and out.

Stool (faecal) softeners work by wetting and softening the faeces.

Which laxatives are usually prescribed or recommended?

Mostly, laxatives are taken by mouth (orally). In some cases, your doctor may prefer to treat your constipation by giving medication via the back passage (anus). The choice of laxative usually depends on various factors. These include what you would prefer, the symptoms of constipation that you have, how severe your constipation is, the possible side-effects of the laxative, your other medical conditions, and cost. As a general rule:

Sometimes, an enema is needed in severe constipation and can be used to clear out the lower bowel (rectum).

High doses of the macrogol osmotic laxatives are used to treat constipation when it is very severe and the stools are stuck (impacted). This should be under the supervision and advice of a doctor.

Liquid paraffin used to be commonly used as a faecal softener. However, it is now not recommended, as it may cause side-effects such as seeping from the anus and irritating the skin, and it can interfere with the absorption of some vitamins from the gut.

How long do laxatives take to work?

Bulk-forming laxatives can have some effect within 12-24 hours but their full effect usually takes 2-3 days to develop.

Osmotic laxatives such as lactulose can take 2-3 days to have any effect so they are not suitable for the rapid relief of constipation.

Stimulant laxatives usually work within 6-12 hours. A bedtime dose is recommended so you are likely to feel the urge to go to the toilet sometime the following morning. However, you may try taking it at different times in the day to find the best time of day for you. Some people naturally have their bowel movements later in the day rather than in the morning.

Laxatives that are given via the back passage (rectum) - suppositories or enemas - usually work within 15-30 minutes. Stronger osmotic laxatives such as phosphate enemas can be used to clear the bowel quickly, in just a few minutes.

How long should I take a laxative for?

This depends on what type of constipation you have. Most people only need to take a laxative for a short time, to get over a bout of constipation. Once the constipation eases, you can normally stop the laxative. Some people get into the habit of taking a laxative each day 'to keep the bowels regular' or to prevent constipation. This is not advised, especially for laxatives which are not bulk-forming.

Some people have persistent (chronic) constipation and this can be more difficult to treat. In some situations, laxatives are needed for longer periods (sometimes even indefinitely) and they should not be stopped suddenly. Chronic constipation is sometimes complicated by a backlog of hard stools (faeces) building up in the bowel (faecal loading) or even partially blocking it (impaction). If loading and impaction occur they need to be treated first, often with much higher doses of laxatives. Then a normal maintenance dose of laxatives is used to keep the bowels moving.

What are the side-effects?

It is not possible to list all the possible side-effects of each laxative in this leaflet. However, as with all medicines, there are a number of side-effects that have been reported with each of the different laxatives. If you want more information specific to your laxative then you should read the information leaflet that comes with the medicine.

Laxatives very rarely cause serious side-effects. Common side-effects include wind (flatulence), cramps, diarrhoea, feeling sick, and bloating. Most of the side-effects can be avoided or reduced by starting off on a low dose and increasing the dose of oral laxatives gradually.

When taking a laxative

Some important considerations are:

It is important that you drink plenty of fluid when taking any laxative. This means drinking at least two litres per day (8-10 cups). An osmotic laxative can make you dry (dehydrated). If you take a bulk-forming laxative and you do not drink enough fluid this can cause a blockage in the gut. The stools (faeces) may become dry and difficult to pass.

Avoid taking too much laxative

If you take bran, it is best to build up the amount gradually. Start with two teaspoons a day, and double the amount every five days until you reach about 1-3 tablespoons per day. You can sprinkle bran on breakfast cereals, or mix it with fruit juices, milk, stews, soups, crumbles, pastries, scones, etc.

What about natural laxatives?

Prunes (dried plums) have long been thought of as effective for constipation. Up until recently, there had been little scientific proof of this. However, a small research trial published in 2011 (see 'Further Reading and References' at the end of this leaflet) lends support to the belief that prunes are good for treating constipation. In the trial, 40 adults with persistent (chronic) constipation were studied as to the effect of prunes versus ispaghula (psyllium) - a commonly used treatment for constipation. Briefly, on average, 50 g of prunes (about six prunes) twice daily seemed to be better at easing constipation than 11 g ispaghula taken twice daily. This is just one small trial, but does seem to confirm the common belief that prunes are good for easing constipation.

This recipe (detailed below) was studied in a research trial that involved older people in a care home. A treatment group was compared to a non-treatment group. The conclusion of the study stated that: 'The Beverley-Travis Natural Laxative Mixture, given at a dosage of two tablespoons twice daily, is easy to use, cost-effective, and more effective than daily prescribed laxatives at producing normal bowel movements.' So, it may be worth a try: 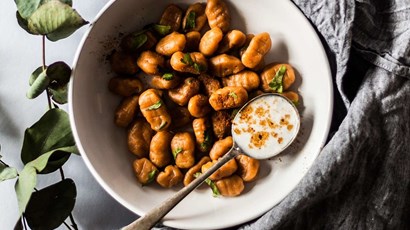 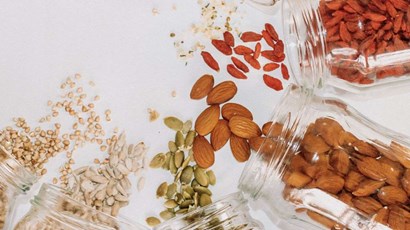 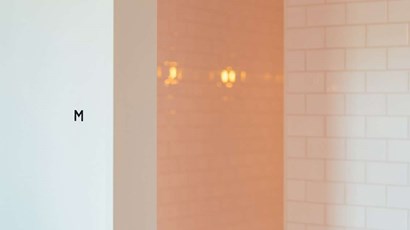 Hello all. I am a 28 year old female that has been chronically constipated for the past 4 years. I have had 3 CT scans and all had come out clear. In early 2020 I was only passing a bowel movement...