Professional Reference articles are designed for health professionals to use. They are written by UK doctors and based on research evidence, UK and European Guidelines. You may find the HIV and AIDS article more useful, or one of our other health articles.

Human immunodeficiency virus (HIV) is a lentivirus from the subfamily of retroviruses. It was first identified in 1983[1].

HIV binds to CD4 receptors on helper T-lymphocytes, monocytes, macrophages and neural cells. CD4 cells migrate to the lymphoid tissue where the virus replicates and then infects new CD4-positive cells. As the infection progresses, depletion or impaired function of CD4 cells predisposes to the development of immune dysfunction.

The success of antiretroviral therapy (ART, formerly highly active retroviral therapy, or HAART) has revolutionised the way we think about HIV infection. Far fewer patients now progress to AIDS, which - due to the stigma surrounding the diagnosis - is increasingly being known as late-stage HIV disease. Both terms are used interchangeably throughout this article, as the term AIDS is still used by some authorities (eg, the Centers for Disease Control and Prevention (CDC) in the USA).

The number of people diagnosed late decreased from 3,353 in 2009 to 1,883 in 2018 representing a 44% decline over the decade[2]. Nevertheless, the proportion of late diagnoses in 2018 remained high at 43%. There was substantial variation in sub-populations experiencing late HIV diagnosis rates. The highest rates were among black African men (65%), white men who acquired HIV heterosexually (59%), people aged over 50 years (59%) and people who inject drugs (58%).

Globally, at the end of 2018, 37.9 million people were living with HIV worldwide[3]. The prevalence of HIV varies widely between regions - the African region is most severely affected with 25.7 million people (more than two thirds of all people living with HIV globally) infected. In 2018, 770,000 people died of HIV-related illness and 1.7 million people were newly infected. Between 2000 and 2018, new HIV infections fell by 37% and owing to more widespread use of ART, HIV-related deaths fell by 45%.

Groups are those listed in the CDC 1993 classification system[4].

A person develops certain serious opportunistic infections or diseases - as a result of damage to their immune system from advanced stage 3 HIV infection - they are said to have AIDS.

Diagnosis is based on detecting anti-HIV antibodies in serum. Rapid testing is offered by some sexual health clinics and can produce a result in 20 minutes.

Acute infection may be detected by the presence of p24 antigen or HIV RNA by polymerase chain reaction (PCR) and precedes the appearance of IgM and IgG. A combination test checking for the presence of HIV antibody and p24 antigen (the so-called 'fourth-generation test') is provided by hospital and is very accurate. It takes about four weeks to get the result back.

HIV counselling is essential both before and after testing. Since the US Food and Drug Administration (FDA) approved the first HIV diagnostic test in 1985, four additional 'generations'  of antibody tests for HIV have been developed; each improves incrementally on its predecessor(s) in terms of performance and shortening of the window period.

The official nomenclature for HIV testing is currently changing, with classification now based on analytic target instead of generation[5]. For example, first- and second-generation assays are now referred to as 'IgG sensitive', since they are capable of detecting only IgG. Each category of tests may be further subclassified as point-of-care (POC) or laboratory-based.

HIV testing is recommended for[6]:

Standard anti-HIV IgG antibody tests cannot be used before 18 months of age, as maternal antibodies may be detected[8]. HIV DNA PCR and virus culture are the best investigations in children born to infected mothers. 38% of infected infants can be detected within the first 48 hours after birth, rising to 96% at four weeks .

The initial assessment should also 'stage' the disease. The most widely used staging system is the 1993 revision of the CDC's AIDS Surveillance Case Definition for Adolescents and Adults. According to this system, individuals are assigned a stage according to both a CD4 cell count category and a clinical one (eg, 'A1' or 'C2'). The CD4 cell count categories are as follows:

Any individual with stage A3, B3, C1, C2 or C3 infection has AIDS by the CDC definitions.

The World Health Organization (WHO) has produced a staging system for children, based on infection status, clinical status and CD4 count[9].

Monitoring of HIV is usually carried out in specialist clinics using the CD4 lymphocyte cell (CD4) count and viral load[10].

People with HIV infection (and their families) need a great deal of support, as well as monitoring and drug treatment for the patient. Management also includes the treatment of any specific complications of HIV infection. See the separate Managing HIV-positive Individuals in Primary Care article.

ART is now recommended for all patients who have been diagnosed as having HIV infection.

Earlier initiation of ART results in reduced mortality, morbidity and HIV transmission outcomes. Increasing evidence from systematic reviews and cohort analyses also indicates that untreated HIV infection may be associated with the development of several non-AIDS-defining conditions, including cardiovascular, kidney and liver disease, several types of cancer and neurocognitive disorders and that initiating ART earlier reduces such events and improves survival.

The treatment of HIV in patients with co-existing viral hepatitis is extremely complex. Recent guidance recommends that[12]:

ART may cause lipodystrophy syndrome which includes fat redistribution, insulin resistance and dyslipidaemia.

Immunise against hepatitis B, pneumococcal disease and Haemophilus influenzae type b (and possibly influenza and hepatitis A). Because of immunosuppression, HIV patients should not receive BCG vaccination, yellow fever, oral typhoid or live oral polio immunisations.

Chemoprophylaxis is used to prevent infection in HIV-positive patients.

Antiretroviral drugs are now available to inhibit the replication of HIV. This helps to prolong life, restore the patient's immune system to something approaching normal activity and reduce the chances of opportunistic infection developing. Combinations of three or more drugs are given to lessen the possibility of resistance. 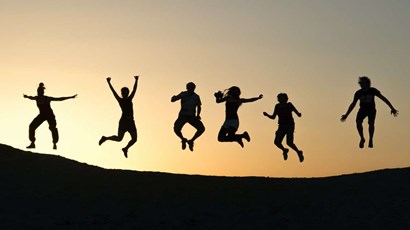 Can you live a long, healthy life with HIV?

going to get cervix checked this week, but im freaking out lol and need opinions from people. does it appear more like hpv, cervical cancer, or untreated sti? i only looked because i was getting...