Professional Reference articles are designed for health professionals to use. They are written by UK doctors and based on research evidence, UK and European Guidelines. You may find the Parkinson's Disease article more useful, or one of our other health articles.

Parkinson's disease is a movement disorder characterised by[1]:

The diagnosis is almost entirely based on clinical examination. It is caused by degeneration of the dopaminergic pathways in the substantia nigra. Although Parkinson's disease is mainly caused by dysfunction of dopaminergic neurons, nondopaminergic systems are also involved[2].

Onset is insidious with peak age of onset at 55-65 years. It commonly presents with impairment of dexterity or, less commonly, with a slight dragging of one foot. A fixed facial expression is characteristic with infrequent blinking. There may also be saliva drooling from the mouth, often due to impaired swallowing, and a quiet voice.

Typically, muscles are of normal strength if given time to develop power. There is no alteration in tendon reflexes or plantar responses.

Gait disturbance: the patient may have difficulty in rising from a sitting position and starting to walk. Gait is characterised by small shuffling steps with unsteadiness on turning (taking several steps to turn) and difficulty in stopping ('festination'). There may be a tendency to fall.

When patients have a gait disorder without other Parkinsonian features, the most likely diagnosis is gait apraxia, which is more common and usually caused by small-vessel cerebrovascular disease.

Gait disorders and postural instability are the leading causes of falls and disability in Parkinson's disease. Cognition plays an important role in postural control and may interfere with gait and posture. It is very important to recognise gait, posture and balance dysfunction[8].

Criteria for the diagnosis of Parkinson's disease[9]

Step 1: diagnosis of Parkinsonian syndrome
Bradykinesia (slowness of initiation of voluntary movement with progressive reduction in speed and amplitude or repetitive actions) and at least one of the following:

After an initial 'honeymoon period', 50-90% of people who have received L-dopa for 5-10 years may experience the following; however, they are less likely to occur in those whose symptoms begin after the age of 70 years:

Axial problems not responding to treatment

This is dementia occurring more than one year after diagnosis of Parkinson's disease. It is similar to Alzheimer-type dementia but has three typical features:

Sudden deteriorations may be mistaken for intercurrent illness - eg, urinary tract infection - but the midstream specimen of urine is negative, and the patient becomes better.

Parkinson's disease dementia is difficult to treat, as confusion and hallucinations may be worsened by the treatment of Parkinson's disease - dopamine agonists. Atypical antipsychotics (eg, quetiapine), are effective without worsening the Parkinsonism.

Refer people with suspected Parkinson's disease quickly (and untreated) to a specialist (with expertise in the differential diagnosis of this condition) for diagnosis.

NICE states that people with suspected mild Parkinson's disease should be seen within six weeks, but new referrals in later disease with more complex problems require an appointment within two weeks[10].

The diagnosis is clinical. Other investigations focus on excluding other causes of the presentation:

Slowly progressive with a mean duration of fifteen years. Severity, however, varies widely. It follows a relatively benign course in some patients, who may show little disability after twenty years. Others may be severely disabled after ten years. A recent study suggests, perhaps not surprisingly, that patients whose condition develops at an early age have shorter lifespans than those with later-onset disease[13]. 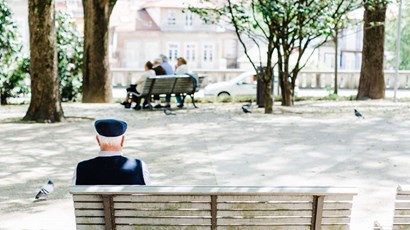 Hello, Has anybody else had (or still have) meralgia paresthetica ? It's caused by a compressed nerve in your leg. The lateral femoral cutaneous nerve. I got mine from the internal scar from an...