It's been suggested that spending more time in nature could be an effective form of stress management and even help more severe mental health problems. But what's the evidence behind this theory? And how does 'ecotherapy' compare to more conventional treatments?

Paul, 62, has been diagnosed with bipolar disorder, post-traumatic stress disorder (PTSD), severe anxiety and agoraphobia. About ten years ago he moved to Cheshire to live in a greener area. Since then he has been caring for hens freed from battery farms, re-homed via the British Hen Welfare Trust.

Paul promotes ecotherapy as a patient representative for the mental health charity Mind. He explains that nature is not part of a routine for him in the same way as medication.

"I can be in an environment where it's utterly what I need, but still not feel elevated. It's something I require when and as necessary - some days I need more and some days I just need the bare minimum."

Nonetheless, he says, going round nature trails and parks on his motorised scooter and even just sitting in his garden have been his lifeline.

"My mood swings drop. Nothing brings me closer to having what I call a fantastic day, where I can go to bed at night and be relaxed, than being in nature. [I notice] how my mind becomes, and how fresh the air smells. I know it's related to bipolar, but when I get home I feel a tremendous boost of energy."

Liz Woollard, 54, works as a yoga teacher in Cornwall and also volunteers as an ecotherapy advocate for Mind. She has had a diagnosis of a severe anxiety disorder, and has lived with depression for 30 years. Liz walks by the sea for her mental health, as well as taking medication.

"It is often completely overwhelming for me to even step outside the door. At other times, I can't face leaving home at all. Even going to post a letter can be overwhelming. I find that those who have no personal experience of mental ill health have no conception of how hard this can be.

"To some, including me, the phrase 'get outside in the fresh air' is akin to 'pull yourself together' and the concept that your illness is not real. Ecotherapy is useful, but should be thought of as another tool in the toolbox, rather than a standalone treatment."

As the evidence grows for nature's calming influence, some practitioners are now moving their work outside. Beth Collier, a therapist based in south London, specialises in nature-based psychotherapy. Her practice was informed by a 2015 study from the USA into the neuroscience of walking in grassland.

Collier leads sessions outdoors to explore a client's relationship with nature. "If we sit still for about 10 to 15 minutes, we get to have a glimpse into the natural world differently than when we're walking through it. It's a practice that you can cultivate, perhaps using the same spot for a daily or weekly meditation just tuning into the world around you. People can feel, more and more, a sense of belonging and a sense of place as nature ourselves, rather than being separate and detached from it."

Urban green space as well as countryside has also been shown to improve outcomes. For example, a 2015 study found that high exposure to community green space and gardens was associated with fewer mental disorders among older people. A 2017 report estimated that parks' benefit to Londoners' mental health was worth around £370m a year.

In the NHS, social prescribing schemes sometimes offer ecotherapy. In clinical terms, ecotherapy means more than spending time in nature. Mind defines it as facilitated, structured activity in green space, done with others.

Stephen Buckley, head of information at Mind, agrees that whether pursuing ecotherapy or not, spending time in nature is an accessible and effective way to improve well-being.

The challenges of ecotherapy

But, like Paul and Liz, he acknowledges access to green space is not the only thing that can make it difficult for patients to pursue, or for doctors to prescribe.

"Many of us with mental health problems face barriers that may make connecting with nature difficult. For example, you may feel low and unmotivated, become tired easily due to physical health problems, or be unused to spending time in green spaces and find it uncomfortable.

"For those of us with severe mental health problems, ecotherapy should be combined with other treatment options such as talking therapy, medication or additional lifestyle changes. Finding balance between spending time in nature or ecotherapy and these other options is a good conversation to have with your GP."

At present, only a few GP practices in the UK can refer people for ecotherapy because while the evidence for it is positive, it is not conclusive. NICE, the body that reviews evidence for all NHS treatment, recommends structured group physical activity progammes for depression, which some ecotherapy programmes might fall under, but hasn't produced any specific recommendations about ecotherapy yet.

The fact is, many of us already spend time in nature to cope with stress, or to support other treatment for mental health. While the evidence grows, most of us will keep doing what feels right. 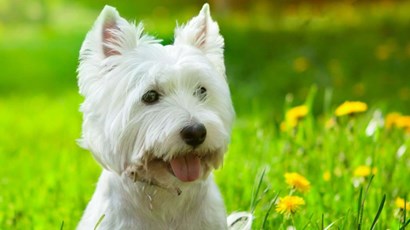 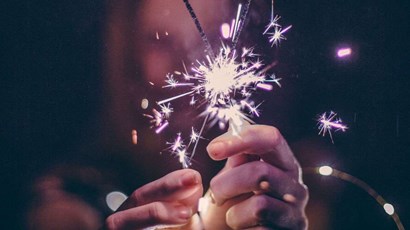 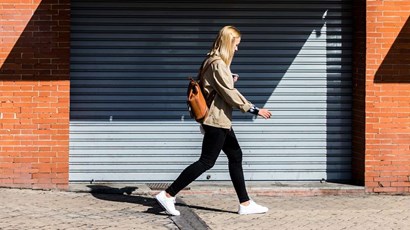 my husband has suffered from depression for a long time. We have been married for 15 years. 15 amazing years. We never fight we are best friends...please actually get sick of how good we are together!...