Men who take excessive amounts of anabolic steroids to achieve a more muscle-bound physique run the risk of harming their fertility, a medical phenomenon known as the Mossman-Pacey paradox. We talk to one of the men behind the pioneering research and to a fertility expert.

Dr James Mossman recalls the moment when, during his graduate research at the University of Sheffield, he made a startling, career-changing discovery.

"During my work in Professor Allan Pacey's laboratory, I was interested in sperm function and how it relates to fertility," he explains. "In the process of recruiting nearly 600 men to my study, I noticed that semen samples from men who had clearly been taking steroids had extremely low sperm concentrations. The idea of the paradox stemmed from these observations."

Mossman is referring to the Mossman-Pacey paradox, which describes the phenomenon of some men who take drugs to improve their physical appearance or sexual appeal, yet in the process of doing so make themselves evolutionarily 'unfit' because their fertility is vastly reduced as a result.

"Evolutionary success is measured as the number of offspring (or copies of genes) passed to future generations, so the combination of high attractiveness yet low fertility are paradoxical outcomes of some drugs," says Mossman, now at Brown University in the USA.

Testicular cancer has one of the highest survival rates of all cancer types, but the implication...

The drugs in question are anabolic androgenic steroids (AAS), synthetic derivatives of testosterone that are primarily used by gym aficionados to increase muscle mass and obtain a muscular physique.

According to Mossman, their use has become more widespread as increasing numbers of men suffer from muscle dysmorphia - otherwise known as bixorexia - a body image disorder where they consider themselves never to be muscular enough.

"To achieve 'desired' physiques, AAS are often taken and abused in order to fast-track muscle growth," he explains. "Men may administer them at 10-100 times the therapeutic dose normally used for hormonal issues. However, one of the many negative side effects of AAS abuse is lowered sperm concentration."

AAS work by altering testosterone signals and disrupting the natural feedback of hormone levels in the body, in particular follicle-stimulating hormone (FSH) and luteinising hormone (LH), the main drivers of sperm production. As a result, some of the men in Mossman's study who had clearly taken AAS were found to have no sperm in their ejaculates at all.

"The effects on fertility vary from man to man; therefore it is probably difficult to determine what dose would be negative for any given individual," he says. "However, the overwhelming negative effects of AAS abuse on health and fertility are clear."

Numerous other studies using data from men who were taking testosterone for prescribed reasons have confirmed that the mechanism is due to negative feedback, blocking LH release and stopping the testicles from making testosterone.

"Levels in the testicles have to be many, many times higher than the blood level for sperm to be produced normally and you only get this by natural production," says fertility specialist Mr Kevin McEleny, a consultant urologist at Newcastle Hospitals.

"Men who purchase anabolic steroids at the gym or online will not know exactly what they are taking and for a proportion of these men, long-term usage can result in permanent impairment of fertility.

"Doctors should be aware of this before starting treatment, in those who need testosterone for medical reasons," he adds.

The drug finasteride contained in medication to prevent male pattern baldness has also been shown to impact male fertility.

Finasteride decreases male hormone (androgen) signalling and this is known to target mainly the prostate gland and the scalp. However, it also acts in male reproductive tissues such as testes and seminal vesicles.

In one fertility study, men using finasteride - which is marketed under a range of brand names worldwide - were assessed for sperm parameters (numbers, size and shape) before and after stopping finasteride use.

"In a large proportion of men with low sperm numbers, their sperm concentrations increased to healthier levels when finasteride use stopped," says Mossman. "In that study, the mean dose was 1.04 mg/day.

"There are likely other examples where 'vanity'-based medications disrupt testosterone signalling pathways and normal sperm production," he adds.

"Finasteride is much less of an issue than steroid abuse, in my experience," adds McEleny. "However, it is teratogenic (meaning it has the potential to disturb the development of an embryo or fetus) and men taking it should not be trying to conceive."

What to do if you are worried about fertility

According to Mossman, the message is clear: men who are taking high doses of AAS should know they are harming their fertility and should not abuse steroids if they wish to have children by conventional fertilisation.

Fortunately, evidence suggests that sperm numbers can return to more normal levels when men stop using AAS; however, this may take many months and is not guaranteed.

"Men should seek professional medical advice - not from gym buddies and trainers - if they are concerned about their fertility," says Mossman. "It is important that men are honest with their clinicians about their past history of AAS use.

"More generally, AAS abuse is a growing public health concern and ongoing research is focused on both the short-term and the long-term physiological and psychological negative side effects."

Is your lifestyle affecting your sperm count? 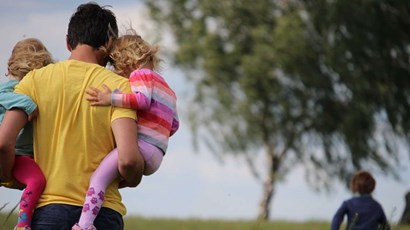 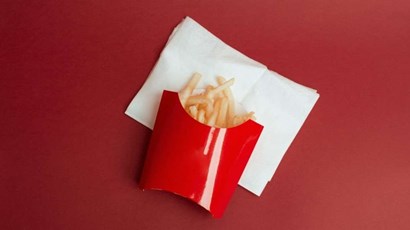 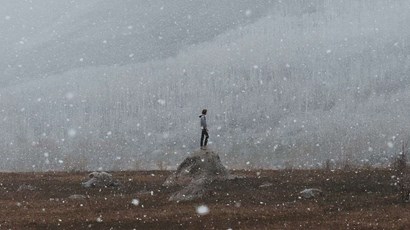 Is your lifestyle affecting your sperm count?

Three weeks ago I began to have pain in my left testicle. My testicles have always sat as normal, slightly leaning forward with the left hanging slightly lower than the right.When this pain began, I...