Whether it's the World Cup or the Olympics, you'll see athletes regularly picking up a sports drink for a glug. Marketeers hope we'll do the same, whether after a workout at the gym or to rehydrate in the office. But do they really help sports performance or are they just a waste of money?

Brits get through more than 123 million litres of sports drinks a year, according to the British Soft Drinks Association, but this has declined in the past few years as many of us try to cut down on sugar.

Sports drinks are beverages that claim to enhance physical performance before, during or after exercise. Their purpose is to replenish body sugar stores used up during prolonged exercise, as well as replace the body salts that are lost in sweat.

Some drinks are labelled 'isotonic' which means that they have a similar concentration of sugars to our blood and are unlikely to cause tummy upsets.

Hypertonic drinks are high in sugars - useful if you are on your last legs on mile 20 of a marathon - but they could cause diarrhoea as your gut struggles to balance the difference between the sugars in the drink and the sugar level in your body.

If you are an endurance athlete, taking part in races and/or spending several hours a week training, then sports drinks are definitely worth including in your fitness routine.

Anita Bean, nutritionist and author of The Runner's Cookbook, says: "Sports drinks can increase your stamina and performance if you are exercising at a high intensity for longer than 60-90 minutes. The sugars in these drinks provide additional fuel for working muscles, helping to maintain blood sugar levels and increasing endurance. Isotonic drinks have a similar concentration to body fluids which means they are absorbed faster than plain water, while the sodium can be beneficial when sweat losses are high, helping to stimulate thirst and promote water retention."

A 2016 study found that power output and speed were improved when trained male cyclists consumed sports drinks containing 6-8% sugars. However, the results were only significant during exercise sessions longer than 90 minutes.

In contrast, a review of studies in non-elite athletes in real life situations reported mixed results for sports drinks. Half of the trials found improvements in performance of 1-13%, but only when people were exercising for longer than 70 minutes. Other studies have found no performance benefits.

The evidence shows that elite athletes or those taking part in regular, endurance exercise can benefit from sports drinks - but what about the rest of us? Is it worth chugging a bottle after a Crossfit class or yoga session? Probably not, according to sports nutritionist, Rin Cobb:

"If you're only doing a 30- to 60-minute workout, water is all you need. Taking a sports drink adds unnecessary calories as well as costing a lot of money if you use them regularly," she reveals.

This is a fair point given that two thirds of the UK population are overweight, and a common way of burning calories is to take to the gym or join a running group. A 500 ml bottle of sports drink will add 80-140 calories to your diet as well as around four teaspoons of sugar.

Dietician, Dr Sarah Schenker, warns: "This is enough to replace the calories that you worked so hard to use up, so if your goal is to create an energy deficit and boost weight loss, having a post-workout sports drink is the last thing you need."

Due to their acidity, sports drinks also have the capacity to erode tooth enamel, leading to sensitive teeth and discolouration. One way to get around this is to use a straw or a sports bottle and avoid sipping the drinks over a long period of time.

For those exercising longer than 60-90 minutes at high intensity, you won't have enough glycogen (stored body sugar) to last so it's important to take carbohydrate supplements such as sports drinks or gels.

Bean suggests aiming for 30-60 g of carbs an hour and begin re-fuelling half an hour into your race or exercise session, topping up at regular intervals.

Don't fancy shelling out on a commercial sports drink? Then try adding 100 ml of a high-juice cordial to 1 litre of water and ¼ teaspoon of table salt.

When a race is looming, always use the same brand of sports drink or the same recipe that you use in training to avoid unexpected tummy upsets or diarrhoea. This is important if you're taking part in a big running event, such as a marathon, where sports drinks are often provided free by the sponsor. If it's not your normal brand, think twice about drinking it during the race.

For those who tend to pour with sweat even during short workouts, try a sugar-free isotonic tablet which can be added to 500 ml of tap water. Or add some low-calorie squash and a pinch of salt to your water bottle. However, for those who 'glow' rather than sweat profusely, it's worth noting that low-calorie isotonic drinks don't offer a significant hydration advantage over water during short workouts. Choose them only if you prefer the taste.

While sports drinks are convenient, don't forget about foods, as they can also be a source of carbohydrates and top up body stores after exercise. The British Dietetic Association has a fact sheet which suggests a range of pre- and post-exercise snacks such as banana, dried fruit, toast or a glass of fruit juice.

Can exercise help with grief? 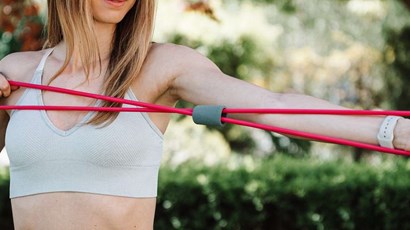 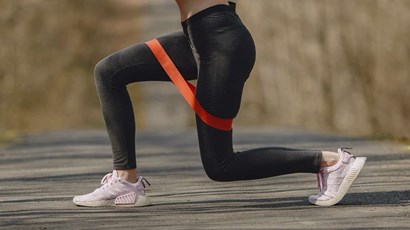 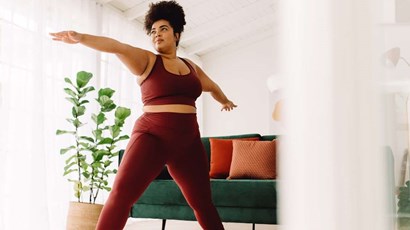