As many as one in every 10 to 20 people in the UK may have some degree of dyslexia, which can cause problems with reading, writing and spelling. How can parents ensure their child is correctly diagnosed and fulfils their potential at school? We ask an expert.

Few subjects have caused more controversy within medicine, education and wider society over the past half century than dyslexia - and yet still experts and advocates seem unable to agree on a precise definition.

And if no one can agree on what dyslexia is, how are parents worried that their child may be missing key learning milestones at school expected to spot the signs, secure a solid diagnosis, and establish an effective intervention plan?

A problem of definition

Dyslexia has variously been used to describe the minority of the population who, despite normal cognitive abilities, experience literacy difficulties throughout their lives.

10% of the population are dyslexic; 4% severely so. Yet ask the average person in the street and chances are they'll talk vaguely about 'reading problems', citing celebrities such as Jamie Oliver and Richard Branson who have prevailed, despite being diagnosed with the condition.

The Virgin billionaire has described his dyslexia as a 'massive advantage'. Charity the British Dyslexia Association (BDA) notes that people with dyslexia also have strengths in other areas, such as design, problem-solving, and creative, interactive and oral skills.

However, some have even refuted its existence. In the controversial 2014 book The Dyslexia Debate, Professor Julian Elliot of Durham University and Elena Grigorenko argued that dyslexia was a clinically meaningless term with a limited scientific basis.

Advocates such as Sue Flohr MBE, head of policy at the BDA, note that such research has been largely discredited and that dyslexia is included within the definition of disability for the Equality Act 2010.

In his influential 2009 report on Identifying and Teaching Children and Young People with Dyslexia and Literacy Difficulties, Sir Jim Rose described dyslexia as: "A learning difficulty that primarily affects the skills involved in accurate and fluent word reading and spelling."

He described the characteristic features of dyslexia as difficulties in phonological awareness (the sounds of words), verbal memory and verbal processing speed.

Someone with dyslexia may also struggle with motor co-ordination, mental calculation, concentration and personal organisation, but these are not, by themselves, markers of dyslexia.

The BDA believes that, supported by extensive research, dyslexia is a distinctive learning difficulty in that there is something specific stopping a person from achieving their potential.

Generally, people have deficits in working memory or processing speed which impact on their performance.

"The most noticeable symptoms are generally felt to be literacy difficulties and this can impact on children's behaviour in different ways," explains Flohr. "A child's academic performance can be hindered as poor literacy skills may affect their engagement with the subject matter. They can misinterpret information or be restricted from interpreting it at all."

"For example, they will have to work harder than their contemporaries to achieve a good outcome and this can demotivate a child - they can become easily distracted, switch off and distract others."

"On the other hand, they can become vulnerable targets when others notice their weakness and develop poor self-esteem," Flohr reveals. "Social interaction can be affected, in that if they have a poor working memory they may not always absorb what is said and may not respond and/or appear insolent. Or they may misinterpret what is said and similarly appear naughty. Their vocabulary can also be limited because of limited exposure."

While a dyslexia diagnosis can be made before school using a different set of tests, a more accurate diagnosis is only possible once a child reaches school age, when additional literacy tests are introduced.

"Before the age of seven, it is not possible to state that a child is below the expected level for literacy," Flohr confirms. "After seven a clearer picture can be gained."

What can I do if my child has dyslexia?

Dyslexia is not a medical condition, meaning medication is not appropriate. Nor is it recognised as a health issue, meaning that in the UK help is not available from the NHS.

"However, parents can check out any co-occurring difficulties that could be contributory factors," advises Flohr. "For example, ear, nose and throat problems and glue ear; vision and dominant eye difficulties; speech and language problems; and difficulties with co-ordination."

Flohr recommends that parents get proactive when it comes to assessing local schools’ special educational needs (SEN) provision and how they can best support their child's studies at home.

"Parents should look at the school's Information Report, which should give information about how the school can help," she says. "These can usually be found on a school’s website or made available from the school secretary.

"If an assessment is not forthcoming from the school, they could obtain an independent one to inform themselves of the extent of the difficulty. They could establish what the curriculum is for the following term and reinforce it out of school."

The BDA advocates using a specialist multi-sensory structured programme with teaching from a qualified specialist teacher.

"Parents of children can find help from their class teacher, the school special educational needs co-ordinator (SENCo), or their local dyslexia association," says Flohr. "But more funding for CPD is needed to help teachers to be able to identify and support people with dyslexia in the classroom." 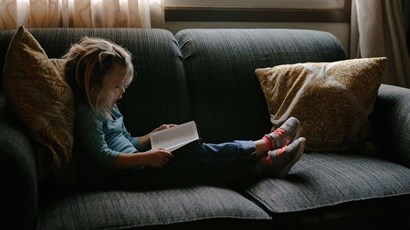