"Some years ago, at a young age, our daughter Sophie* first told us they were a girl. This was quite a shock at the time, as we'd thought they were born male. It turned out we were mistaken," says Joe*, who tweets as @DadTrans and blogs at Growing Up Transgender with his partner @FierceMum.

"Our acceptance of her identity did not happen overnight. At first we didn't take it seriously. We tried to tell her she could be whatever type of boy she wanted to be, wear what she wanted, play with what she wanted. This was totally missing the point, and simply made her even sadder," he adds.

"Eventually, it got to a point where we had a very depressed child, who felt rejected by her parents. We realised that we were letting her down."

Recent years have seen a steadily growing awareness of issues around gender identity and trans people like Sophie. Sadly though, gender diverse children and young people have also become an increasingly popular topic of controversy and tabloid hand wringing - particularly around the use of hormone blockers to treat trans children.

As a parent, all that noise can just add to the worry and confusion you're probably feeling if your child has recently told you they're questioning their gender identity. You'll no doubt want to support them in the best way possible, but it's also totally normal and understandable to have questions and concerns about the impact it will have on their life.

"Parents are typically concerned over how their child is going to be treated - that they might be bullied, or that they'll never have a job, a partner, or a life," says Susie Green, CEO of charity Mermaids UK, which supports trans and gender non-conforming young people.

"Sometimes they're concerned that they're giving credence to something that may simply be a phase. A lot of that is based on fear, and that's completely understandable because trans people are still about 30 years behind the gay movement in terms of understanding, acceptance and awareness," she explains.

So what can you do if your child has opened up about their gender identity? The main thing, Susie says, is to listen and acknowledge what they're going through. "Allowing them to express themself, keeping communication open, and believing them, is absolutely the best way forward. That's how you end up with kids who know they're loved and supported, regardless of what the outcome will be," she says.

"You might want to have conversations like, 'How long have you been feeling like this?' - but avoid asking them to prove it, or casting doubt on the truth of it. That constant questioning and being made to validate themself is really damaging," she adds. Besides, if your child is referred to gender identity services further down the line, Susie explains, those questions will be asked as part of the assessment process.

Doing your research around gender dysphoria (the name given to the condition trans people live with) will help both you and your child come to terms with their identity and move forwards.

"I don't think anyone would 'choose' for their child to be 'different' in any obvious way - particularly in a way that can cause such hostility - but, if a child has any needs, then our job as adults is to support them in whatever way we can," says Dr Helen Webberley, who manages the online gender clinic Gender GP.

"There is a tremendous amount of support available to parents and young people online, and the charities GIRES and Mermaids have a wealth of experience, knowledge and research available," she adds.

"Remember too that, with the accessibility of information on the internet, your child may have already spent hours researching and learning, and may actually be very well informed [themself]."

Next steps and exploring options

Social transition is often the first step for many trans children, and can be a tricky time - particularly with schools and peers who may not understand or be supportive of changes to your child's pronoun, name, hairstyle or clothing.

As a parent, Joe says, you can help by supporting your child to explore their gender identity without fixed ideas of outcomes. "Let them know you love them whoever they are or turn out to be, and they'll find their way," he says. "These are all superficial and easily reversible changes; the key is to ensure your child feels loved and accepted."

If your child is over the age of about 8 or 9 years, Mermaids UK recommends seeking a referral from your GP to the Gender Identity Development Service (GIDS), so they can be assessed sooner rather than later.

"The process is not going to be quick, and medication is not going to be readily available. It's worth getting into the system early so that, if your child finds puberty really hard, you're already in the right place," Susie explains.

"The waiting time just for a first appointment at Tavistock GIDS is a year, and then the assessment process, the appointments, the diagnosis itself, and the referral on to the endocrine service, means it's about two years in total," she adds.

For younger children, below 8 or 9 years, Susie says there's not necessarily any need to seek a referral yet - unless your child is in particular distress, or affected by early-onset puberty.

"Do seek out support for yourself as a parent though," she recommends. "Mermaids has a national helpline and email service, and we've got parents' groups online with nearly 1,300 parents, who are dealing with the same things you are."

Joe also recommends speaking to transgender adults about their experiences, to gain a better understanding and a perspective on how your child's adult life could be. "Mermaids runs residential weekends, where parents can meet other families, and other trans children and adolescents," he says.

"It is particularly inspiring to meet the young trans adults who sometimes return to support new families - people who were supported by Mermaids as children, but who are now living happy and successful lives as adults. This gives worried and fearful families hope that their children will find their way," he adds.

On that note, Susie says: "It's important to remember that this is not a life sentence - and many of our trans role models grew up with supportive families. They're now happy, they've got careers, partners, and they're getting on with their lives."

*Names have been changed to protect identities 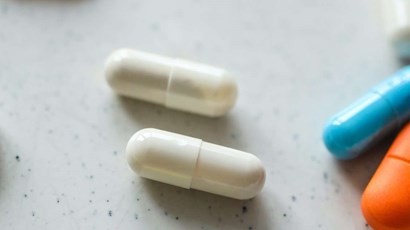 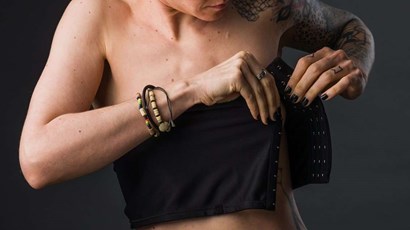 How to bind your chest safely 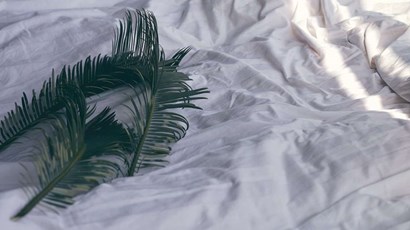