LGBTQ+ people continue to face discrimination in the UK. Inequality is leading to poorer healthcare, later diagnosis and worse treatment for people with marginalised gender identities or sexualities.

Despite laws and attitudes towards people who identify as LGBTQ+ (lesbian, gay bisexual, trans and queer) changing significantly in even just the last decade, discrimination remains. Studies and surveys internationally highlight that queer people continue to be less satisfied with healthcare than the general population.

Legally, LGBTQ+ people in the UK are protected from discrimination on the grounds of sexual orientation or gender reassignment by the Equality Act 2010. In healthcare, this means, for example, that GPs are unable to refuse to see a patient because they are LGBTQ+ and that queer people should be fairly assessed for treatments. However, in practice this is not always the case. So why is there still an LGBTQ+ health gap in the UK?

How bad is it?

Not every queer person experiences discrimination in healthcare, but it is pervasive enough that the UK Parliament Women and Equalities Committee launched an ongoing inquiry into health and social care for LGBTQ+ people.

The 2018 Health Report from LGBTQ+ charity Stonewall found that one in eight LGBTQ+ people had experienced unequal treatment from a healthcare professional because of their sexuality or gender. The discrimination ranged from healthcare professionals avoiding eye contact with the patient or their partner and assuming their identity to outright refusing of treatment.

One in twenty were pressured through healthcare to access services to change or question their sexuality. This figure was nearly double for young people, people of colour and people with disabilities. One in five transgender people had been pressured to undergo conversion therapy by a healthcare professional.

"LGBTQ+ people are disproportionately affected by experiences of stigma, which has a knock-on effect on well-being and mental health, as well as on how they seek healthcare," says Dr Achyuta Nori, a consultant physician in sexual health and HIV at Guy's and St Thomas' NHS Foundation Trust. "LGBTQ+ people frequently suffer from having their identity, both sexual and gender, questioned or being told what it is instead of being asked. They experience social pressure to conform to what is widely held to be 'the norm' both in society in general and also within communities, often experiencing a disconnect between trying to fit in and being their true selves."

Concerningly, according to the Stonewall report, one in seven (14%) LGBTQ+ people have avoided medical treatment for fear of discrimination. This figure was almost two in five (37%) for trans people and one in three (33%) for non-binary people.

"Due to the range of significant health inequalities experienced by LGBT people across their life course, they are more likely to need to access healthcare services. However, these inequalities are often further exacerbated by the barriers that people face when accessing services to treat or support them, such as discrimination, perception of potential discrimination, or a lack of knowledge to adequately treat the person," says Emma Meehan, Assistant Director of Public Affairs at LGBT Foundation.

"Such barriers can lead to a disengagement from services altogether which can have severe and lasting consequences on an individual's health and well-being, as well as being more costly when a person who could have been helped with prevention or early treatment presents for emergency, crisis, or chronic care."

Some healthcare staff simply don't know about the issues which affect the LGBTQ+ community and so, without education, are unable to offer tailored and specialist care.

There are high levels of mental health problems, self-harm and suicide in the queer community, particularly among trans and non-binary people. Nearly half of transgender people considered taking their own life in the last year. These issues have been linked to discrimination, a lack of acceptance and an inability to access the necessary services, including gender identity clinics.

Many LGBTQ+ people turn to alcohol and drugs to cope with their stresses and mental health. Substance abuse is historically deeply engrained in queer culture, with most LGBTQ+ designated spaces revolving around nightlife or alcohol. LGBTQ+ people are more likely to smoke and drink on a daily basis than the general population.

Some research has found a higher prevalence of disability in the LGBTQ+ community, especially in younger people. Disabled queer people can experience multiple levels of discrimination, as well as additional struggles to receive the right care. They may also find their sexuality dismissed entirely as people with physical and learning disabilities often find that their sex and love lives are overlooked or ignored.

Domestic abuse from a partner is another area where it is important for healthcare professionals to recognise sexuality and gender-based disparities. According to the Office for National Statistics, in the general population, 6% of women and 3% of men experienced intimate partner violence in the last year. In the LGBTQ+ community, this was more than one in ten (11%). The figures are even higher for people who are bisexual (women: 13%; men: 12%) or trans or non-binary (19%).

As well as a health gap, the ongoing 'LGBTQ+ pay gap' has been linked to increased levels of poverty and queer people being massively over-represented in the homeless population. As well as contributing to poor health, these can be barriers to healthcare, especially where a registered address is necessary or healthcare is not free. In the UK you have the right to register for a GP regardless of whether you have proof of address.

How can we make healthcare inclusive?

There has undeniably been progress in the way that LGBTQ+ people are being treated in healthcare. Some GPs, consultants and specialists are now more aware of the specific health risks faced by people with marginalised sexualities and gender identities. But there is still work to do.

Policy and education are key to ending the LGBTQ+ health gap according to Meehan. Policy makers should move towards a population health approach to effectively reflect and cater to the needs of marginalised populations, she says. "This should include the full implementation of sexual orientation and trans status monitoring as standard, specialised services for LGBT people as well as training for healthcare professionals on how to meet the needs of their LGBT patients."

Nori agrees that education is key to fighting ongoing misinformation about health. "Stigma against HIV and sexually transmitted infections (STIs) is often conflated with LGBTQ+ stigma. LGBTQ+ people often experience healthcare workers perceiving them as 'high risk' for HIV and STIs because they have been identified as LGBTQ+, rather than after a risk assessment, and frequently have self-management options within health services withheld due to perceived risks."

Identifying healthcare services and professionals as 'safe spaces' for LGBTQ+ individuals is necessary to encourage engagement in healthcare, he says.

"Health services frequently label marginalised people/communities as 'hard to reach' as these communities struggle to see existing services as inclusive of them."

Visual identifiers can be useful tools to open up the conversation. "Evelina London Children's Hospital at Guy's and St Thomas' has spearheaded the 'Rainbow badge' initiative. Healthcare workers signing up to this initiative commit to identifying themselves as a safe person for LGBTQ+ people to talk to," says Nori.

"This has been an extremely popular and empowering movement for healthcare workers to start the conversation around LGBTQ+ issues and health and well-being. We need to extend this programme to publicise the rainbow badge and what it stands for within public spaces in healthcare services."

When do you really need to go to A&E? 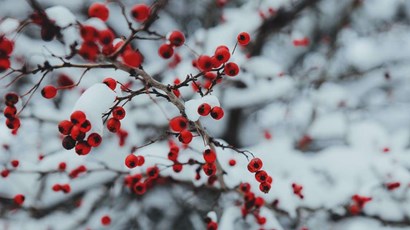 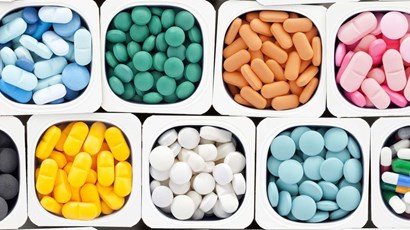 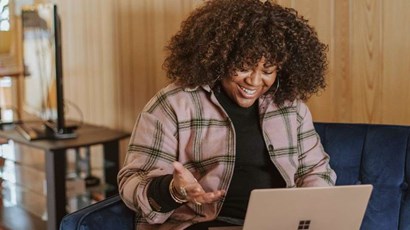