Is your child eating too much sugar?

Children are consuming half of their daily allowance during breakfast alone, according to health officials. But what are the long-term consequences of excess sugar intake and how can parents set a healthy balance?

Most children have already exceeded the maximum recommended sugar intake for an 18-year-old by the time they reach their tenth birthday, according to new figures from Public Health England. The organisation has launched a new Change4Life campaign, supporting families to cut back on sugar and to help tackle growing rates of childhood obesity.

How sugar affects your health

There may be a kernel of truth in the old saying 'A little of what you fancy does you good' if the emphasis is on the 'little'. Too many fizzy drinks and sweets can lead to heart disease, no matter how much or how little fatty food you are consuming in your diet.

Researchers from the University of Surrey found that when a group of otherwise healthy men with a low level of liver fat consumed a high-sugar diet for 12 weeks, their liver fat increased to levels seen in a group of men with non-alcoholic fatty liver disease (a long-term condition caused by storage of too much fat in the liver). Both groups exhibited changes in their fat metabolism which could put them at risk of strokes and heart disease.

Are some sugars better than others?

Sugar is actually an umbrella term for any kind of sweet-tasting energy-dense carbohydrate. We used to eat only naturally occurring sugars found in fruit and veg. These are bound up with other nutrients such as fibre and you need to eat an awful lot of fruit and veg to absorb an excess amount of sugar.

But today, sugar is added to many of the foods and drinks that we eat, and we may not be aware exactly how much sugar we are taking on board. Added sugar is known as free sugar. This immediately passes into the digestive system and you can end up absorbing far more than you need.

It's also worth remembering that because sugar is retained in the cells of whole fruit, you won't take on any free sugar when eating a piece of fruit. However, once whole fruit is converted into fruit juice, the sugar gets released from the cells and becomes free sugar. So free sugar is absorbed from unsweetened orange juice but not from a whole orange.

Added sugar (sometimes called 'table sugar') is a combination of fructose and glucose. The jury's out as to whether one is better for you than the other. Glucose can be processed by all cells in the body whereas fructose (also known as a 'fruit sugar') can only be handled by the liver.

There is a concern that consuming too much fructose can overburden the liver. It can also affect the body chemicals which tell us when it is time to stop eating, causing us to eat more than we need. Fructose can be found in high quantity in high-fructose corn syrup, which is often added to food and drink to make it sweeter.

To complicate matters further, fructose has a better glycaemic index (GI) than glucose. The glycaemic index is a measure of a food's ability to raise the glucose level in the blood. The evidence is that people who follow a low-GI diet for many years have a lower incidence of diabetes and heart disease. You also have to consider the amount taken. So any supposed benefits that fructose might have over glucose will be counteracted if a large amount is consumed,

Overall, the current evidence is that there probably isn't much difference between the two.

It also doesn't seem to matter whether the sugar is in the form of honey, maple syrup, golden syrup or molasses, it's all free sugar as far as the body is concerned.

How much sugar is too much?

The World Health Organization (WHO) recommends that an adult should have no more than 10% of their total daily calorie intake in the form of free sugars. This amounts to about 12 teaspoons. The WHO further recommends a reduction to six teaspoons if possible.

When you think that a 45 g bar of milk chocolate contains six teaspoons of sugar and a 330 ml can of fizzy drink seven teaspoons, you can see that many of us have a long way to go to meet these requirements.

The recommended limits are lower for children. For example, the UK government suggests about four teaspoons a day for a 4 year-old.

For children with diabetes the situation is somewhat complicated. Although adult-type diabetes (type 2) is starting to be seen in children due to the rise in obesity, most children have type 1 and use insulin. Insulin users need to have a regular supply of sugar to make sure their glucose levels do not drop too low, and the amount of sugar they consume needs to be carefully calculated.

PHE believes just one or two everyday swaps can make a big difference to how much sugar a child consumes. Half the sugar in most children's diets comes from sugary drinks, sweets, biscuits, cakes and sugary breakfast cereal.

Dr Alison Tedstone, chief nutritionist at PHE, says:
“Children are consuming too much sugar, but parents can take action now to prevent this building up over the years. By making simple swaps each day, children can have healthier versions of everyday foods and drinks, while significantly reducing their sugar intake.”

She suggests simple swaps, such as:

Christmas, birthdays, Easter and Halloween create a perfect storm for sugar addicts. These are all terribly exciting times for kids, whether that's dashing from house to house in costume for a sugar hit or tucking into chocolate coins left by Father Christmas in a stocking.

What should parents worried about their child's sugar intake do in such circumstances? The answer is probably to sit back and enjoy it.

The fact is that (apart from children with insulin-dependent diabetes) all the research is based on long-term consumption of sugar. There is no evidence to suggest that a one-off binge causes any permanent harm. In any case, if you try to introduce restrictions your kids will find a way around them. They won't want to be the only ones chomping on carrots while their friends are wolfing down chocolate bars.

While no one wants to spoil the kids' fun, however, it's important that such events are one-offs. It's easy to leave the leftover treat jar hanging around for everyone to finish off, but therein danger lies. I'm not saying sugar is as addictive as cocaine but there is plenty of evidence in the scientific literature that it has addictive potential. Get the balance right, and your child will thank you later. 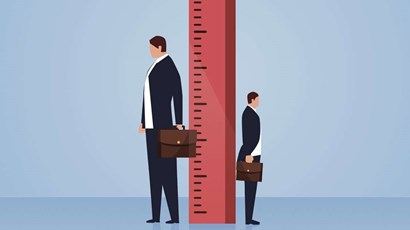 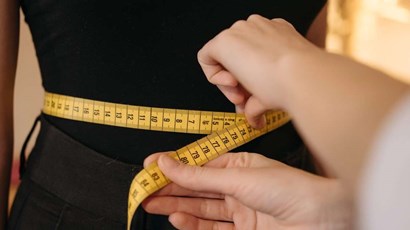 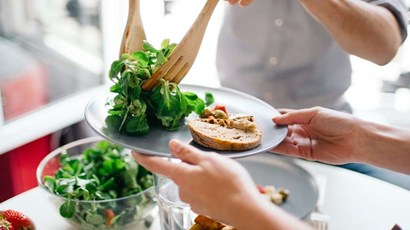 Notes on Is your child eating too much sugar?
Share
https://patient.info/news-and-features/is-your-child-eating-too-much-sugar
Copy link Copied