These days, we all know that HIV isn't a death sentence. Thanks to modern medicine, people with HIV can live long, healthy and thoroughly normal lives - something that only a few decades ago would have been the stuff of miracles.

All this said, if you think you may have been exposed to HIV, it's understandable that you'd be worried. Don't panic - if you deal with the situation promptly there's a reliable way to reduce your risk: post-exposure prophylaxis (PEP).

"Post-exposure prophylaxis (PEP) may stop you developing an HIV infection if you've been exposed to the virus," explains Michael Brady, medical director of the Terrence Higgins Trust. "It is most likely to work if it is taken ASAP, ideally within 24 hours of the risk and certainly within 72 hours."

How effective is it?

Although not guaranteed to work, PEP is often a sensible idea and may help put your mind at rest. There have been a number of primate studies, in which animals were exposed to HIV and then PEP. Overall, the ones that received the PEP were 89% less likely to seroconvert (become HIV-positive) than the ones that were given HIV alone.

Obviously, it would be an ethical minefield to conduct this kind of study in humans. (Can you imagine deliberately exposing human subjects to HIV and then only allowing half of them the prophylaxis?)

However, there is good evidence that it works in people too. In one 2005 study, 702 people were evaluated, all of whom had taken PEP after HIV exposure. After 12 weeks, only three had become HIV-positive (disregarding the ones who'd had unsafe sex again).

While we don't know how many would have seroconverted otherwise, the evidence suggests it would have been considerably higher than three. This implies the PEP prevented some cases of HIV.

If you're worried, a good first step is to check that you actually need the medicine, as PEP isn't appropriate in low-risk situations. The Terrence Higgins Trust has an online risk assessment tool that will tell you whether or not you're eligible.

If you are, you can get PEP on the NHS for free - just so long as it's been less than 72 hours since exposure.

"The best place to get PEP is a sexual health or HIV clinic as it's not normally available from GPs," says Brady. "However, if you need PEP over the weekend or outside of office hours the best place to go is an A&E department."

Perhaps surprisingly, you can have unprotected sex with an HIV-positive partner without requiring any treatment. If your partner has an undetectable viral load, and has been on treatment for at least six months, you will not have been infected with the virus.

"In this case there is a zero risk of transmission," says Brady. "People living with HIV and on effective treatment can't pass it on and therefore there is no need to take PEP."

What does it involve?

Before you're given PEP, the clinician will ask you a few questions. For example, you may be asked about the person you had sex with, what sort of sex you had, and (in cases where the other person definitely has HIV), what their viral load is.

After that, you'll be asked to take an HIV test. This is to make sure you don't already have HIV (in which case PEP would be useless).

"If HIV is detected by a test, other forms of treatment will be recommended to you," says Brady.

Once prescribed PEP, it's important to be diligent. The medication used these days is a single tablet called Truvada, along with two tablets of raltegravir, which need to be taken each day for 28 days.

"If you skip a dose or fail to complete the full month, this makes it less likely to work," says Brady. "If you do miss a dose and you remember in less than 24 hours, take the next one as soon as you remember."

Although there are potential side-effects, these are likely to be minor - you may experience nausea, headaches or tiredness within the first few days, which should eventually settle down.

You'll also need to take an HIV test 12 weeks after exposure, by which point the test will be conclusive. In the unlikely event you have contracted HIV, you can get started on treatment as soon as possible.

Of course, PEP is not meant as a substitute for other forms of HIV prevention. For most people, it's best to stick with the usual advice about condoms - not least because they protect against other STIs and (where applicable) pregnancy.

However, if you're in an especially high-risk group, it may be worth finding out more about pre-exposure prophylaxis (PrEP). Taken daily, this medicine is highly effective at preventing HIV.

"It's available in some form in all UK countries and when taken as prescribed is almost 100% effective at preventing HIV transmission. All of the information you need about PrEP is on the Terrence Higgins Trust website," says Brady. "If you need additional advice, support or information contact our THT Direct Helpline."

Whether you have contracted HIV or not, you have every chance of staying healthy. But don't delay making the appointment, or getting HIV tests for that matter. When it comes to sexual health, your safest bet is always to be proactive. 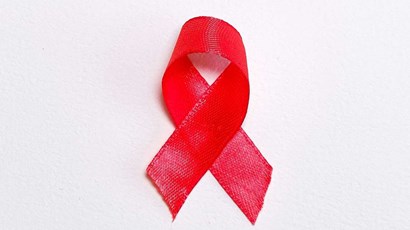 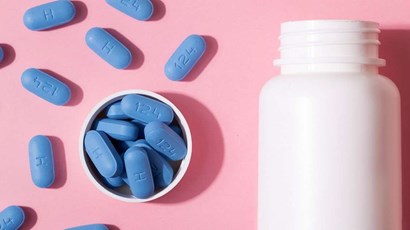 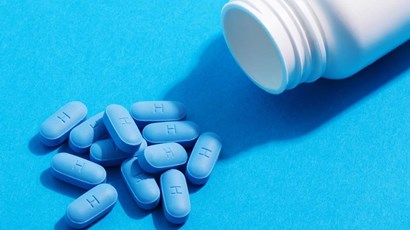 hi all, Ive been having this since last august which is about 6 months ago. noticed it after i checked for a yeast infection. there isnt any itching but i do have painful urination. this is really...