Looking for a practical first aid kit, that actually does the job? We put the best on the high street to the test.

This kit came in a lightweight, bright green water-repellent pouch, which wouldn't take up much space in a bag and would be easy to spot in a hurry. But it had lots of spare room, making it feel like a waste of money compared to fuller kits, and the quality wasn't great. The microporous tape reel fell apart as I opened it, and the fiddly packaging made it hard to get out of the packet; a serious setback in an emergency situation. The plasters weren't very sticky so they could easily come loose in water, for example.

But there were useful additions, including a saline eyewash, a triangular bandage to be used as a sling and four pairs of plastic gloves. The small leaflet inside explaining basic first aid was helpful, with clear instructions and pictures.

Verdict: OK for treating minor injuries on the go, but not reliable enough for adventurous types. 3/5

The contents of this kit were the best. It was one of only two containing saline solution, which could serve both for eye baths - for getting rid of debris like sand or dust - and for wound cleaning. It was also the only kit with tweezers but they were plastic, blunt and seemed ineffective for removing splinters. Another downside was there were only three small sterile cleansing wipes in the pack.

However, the waterproof plasters stuck easily and were my second favourite pick. The cotton crepe bandage was hard-wearing and didn't fall apart or develop holes after stretching. It came with a useful metal clip for securing too. The kit also included a useful St John Ambulance information leaflet on treating minor injuries.

Verdict: Shortage of sterile wipes aside, this was an exceptional kit - well stocked, and top quality for the price. 5/5

This comes in a study waterproof bag, packed with quality products. One big plus was six antiseptic wipes, compared with the other kits that had fewer. The reinforced crepe bandage was very durable, not tearing even when I pulled it hard. It also contained both adhesive and non-adhesive dressings and a big fold-out first aid leaflet with clear advice on what to do for various injuries. There were also clear plasters - which looked better on the skin compared to the normal beige kind - in a range of sizes, with good stickiness.

Even though there was a long roll-out bandage and microporous tape, there were no scissors in the kit, which might be inconvenient if you were travelling and didn't have any handy.

Verdict: Apart from the lack of scissors, this was a good-quality, well-stocked kit. 4/5

First Aid by My Kit

This came in a translucent green hard case, with a handle which looked like a child's lunchbox! The contents were a bit skimpy compared to other kits, like Tesco's. For example, there were only four small alcohol-based antiseptic wipes. The elastic bandage was too flimsy, with holes appearing when stretched. It did have a leaflet inside explaining the contents of the pack but there wasn't much practical first aid advice.

There were some nice touches. The plasters in this kit were my favourite; very adhesive and came in a pack of sixteen. This included bright purple plasters with a solar system design - perfect to cheer up a child with a grazed knee. And the blunt-tipped scissors for cutting bandages were the most sturdy of the lot.

Verdict: For the odd playground scrape, this would be fine, but you might struggle to treat proper wounds. 2/5

The kit came in a compact hand-sized red case. Although the design was great for holding everything together, it was hard to squeeze all the items back in when finished. Once unzipped, it had two tightly packed mesh compartments. These included dressings in three different sizes, 20 plasters - the most out of any kits tested - in various sizes, four sets of gloves and both antiseptic and aloe vera-infused soothing wipes (four of each).

Sadly the plasters were poor-quality - flimsy and not sticky. The bandage was also too fragile, although it did have a useful padded area for wounds. While this was the most expensive kit, it seems the cost was mainly due to the packaging, not the contents.

Verdict: Lots of good stuff in this kit, but unfortunately the quality let it down. 3/5

All prices refer to in-store, not online, and correct at time of writing (Aug 2017). 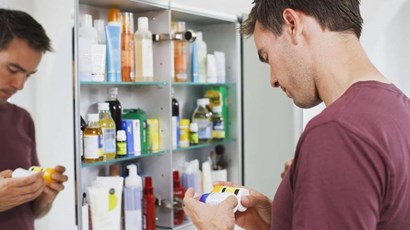 Hi all, Was playing in a football match and out of nowhere two footed tackle straight into my left ankle and rolled it and fell on it. Extreme pain when I did it however I can walk on it with some...