Think of tinnitus and it's likely you'll associate the hearing condition with the older generation - perhaps those who have attended a few too many rock concerts. But think again. Tinnitus affects young people too, with one child in every classroom across the UK estimated to have it.

Tinnitus is a ringing, humming, pulsing or hissing sound in your ear. The sounds, which vary from person to person, are created by your own hearing system. It's the feeling of hearing noises when no sound is actually present.

The condition is not just for adults. But often kids think that hearing these sounds is normal, so might not tell their parents. Tinnitus may seem to get worse when they're anxious and could lead to difficulty sleeping.

But many parents are unaware that children can suffer from tinnitus in the first place. In fact, research published in 2018 from the British Tinnitus Association (BTA) showed worrying statistics around parents' knowledge of the condition. Just under a third (32%) of UK parents are aware that children under the age of 10 can have tinnitus, and just 37% think it can affect children aged 10 to 16 years old.

You can't see tinnitus - but you can certainly hear it. Tinnitus - sounds you can hear that co...

Signs of tinnitus in children

Children with tinnitus are often unable to vocalise what it is the're hearing or experiencing, and so often display other more subtle signs of the condition.

"While unsurprisingly, most parents would associate their child reporting sounds in their ears or head with tinnitus - the problem is that children are often unable to explain what it is they're experiencing so unless they are directly asked the question by a parent, teacher or medical professional, it can often be overlooked," says David Stockdale, chief executive of the BTA.

"They may be struggling alone and so may often display more subtle signs, such as appearing distracted or becoming anxious which can also have a real impact on their general quality of life, including their behaviour and learning at school."

What causes tinnitus in children?

As with adults, there are many reasons why children may experience tinnitus.

Veronica Kennedy, consultant audiovestibular physician at Bolton NHS Foundation Trust, and former chair of the BTA's Professional Advisers’ Committee, explains: "For most children there is no significant underlying condition (pathology). Some children can be aware of tinnitus where their ears are blocked due to wax or glue ear. Some may have a hearing loss for other reasons."

A temporary hearing loss associated with tinnitus might occur after noise exposure. For instance, the child may have attended a loud concert. But with repeated exposure, this hearing problem can become permanent.

"A very small number of children have tinnitus in association with a medical condition so all children with troublesome tinnitus should be referred to their local paediatric audiology service or ENT clinic," Kennedy stresses.

What parents should do

If you're concerned that your child may have tinnitus, it's best to visit your GP. Kennedy reveals that in most cases of tinnitus in children, the outcome is positive. But it can also be a source of worry for a child if it's not addressed.

"For most children and teens with tinnitus, an explanation of the condition and reassurance is all that is needed. Some benefit from strategies to help cope with the tinnitus and some need strategies to cope with stress and feelings of anxiety. A small number of children need psychological support."

In one study of tinnitus and anxiety/depression in children, 32% had significant anxiety and 14.5% depression. Those with depression experienced tinnitus for 24 months compared to those without depression (17 months).

"But another feature that indicates a good prognosis is that few adults troubled with tinnitus recall having it as children," Kennedy concludes. 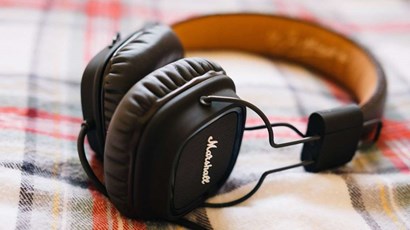 Please please please someone out there tell me that I’m not the only person that has a constant high pitches frequency tone deep within their head?! NOT MY EARS, my head! I’ve read nothin but...

Notes on Tinnitus in children - How to tell if your child has a hearing problem
Share
https://patient.info/news-and-features/signs-of-tinnitus-to-look-out-for-in-children
Copy link Copied