Despite immunisation being one of the most effective public health measures ever introduced - currently preventing 2-3 million deaths a year - there’s still a growing number of parents who are hesitant to vaccinate their child. We look at the misconceptions that parents should stop believing.

Claims that the measles, mumps and rubella (MMR) vaccination causes autism have been circulating since research suggesting a link by gastroenterologist Andrew Wakefield was published in 1998. This theory has since been disproved and discredited and Wakefield has been disbarred from practising medicine.

However, the effects of this small study of only 12 patients have been significant - and there's still apprehension among parents about the MMR vaccine. Cases of measles have risen 30% worldwide in recent years, and there's currently an outbreak of measles in New York and mumps in Nottingham - despite there being an effective vaccine that can prevent these diseases.

"There is absolutely no good scientific evidence to support the idea that the MMR vaccine causes autism," says Helen Bedford, of the Royal College of Paediatrics and Child Health. "Even the initial paper that set off the anxiety was poorly conducted and subsequently there's been a lot of good-quality research, including the most recent study published in Denmark, which included over 650,000 children and again found no evidence or link."

And Dr Natalie Riddell, Lecturer in Immunology and Ageing at the University of Surrey, adds: "It's totally unnecessary for people to risk their friends and family becoming ill, or even dying, from measles or mumps, as there is a safe and effective vaccine to protect against both. This vaccine should be given to children at 1 year of age and again at around 3 years of age. Anyone who has missed one or both MMR vaccines should see their GP to arrange vaccination."

Some people who oppose vaccines have suggested they contain harmful ingredients. But this simply isn't the case, says Bedford.

"You have a main active ingredient of a vaccine, which makes your immune system respond, and a number of other components are included in vaccines for their safety - to stop them becoming contaminated with bacteria, which could cause nasty infections, or to make them work better.

"The issue with all these kinds of ingredients is not the fact that they're there, but how much is there. And it is absolutely minute quantities."

Vaccines contain ingredients at a dose even lower than what we're naturally exposed to.

"For example, killed vaccines contain a small amount of aluminium. In fact, we are all exposed to aluminium all the time. It's one of the most prevalent elements around. It's in baby milk and breast milk," says Bedford.

The problem with having the natural diseases is you might die from them, explains Bedford. "It's as fundamental as that."

She points out that we're exposed to toxins all the time, which builds immunity in the body and helps in the production of antibodies.

"The things that we vaccinate against are things that are potentially very serious - they can not only make a child very ill but leave them with permanent complications for the rest of their lives or kill them. That is the risk that you run by allowing them to catch diseases naturally," she says.

'You don't need to vaccinate as all other children are vaccinated'

Vaccinations are a community responsibility - so when there's a high intake of a vaccine (approximately 95%), you get herd immunity. This reduces the chances of an outbreak taking place.

"I like the term 'community immunity', which means that people who can't be vaccinated, due to being too young, having a weakened immune system or even deciding not to vaccinate their child, are protected by the immunity in the rest of the community," explains Bedford.

"The bottom line is if everybody starts thinking like this, there won’t be such a thing as herd immunity. We had 1,000 cases of measles last year, which is a very big increase on previous years. And there have been many cases in young babies because we don't immunise children under 1 year with MMR (because it's less effective before this age). And that’s a real problem."

Dr David Elliman, consultant at Great Ormond Street Hospital, says, "Although the UK has high uptake rates for the routine vaccinations, excluding influenza, they are not high enough to maintain herd immunity. The consistent fall in uptake over a number of years is worrying."

Some parents may worry that their children get too many vaccines at once. However, research has shown that giving a child several vaccines at the same time has no adverse effect on the immune system. A study, published in the Journal of the American Medical Association, found that children who got more vaccines were no more likely to get unrelated infections than those who had fewer or who had spaced them out.

"Children are constantly being exposed to foreign antigens. So, what is actually included in a vaccine is absolutely tiny compared to what you're exposed to on a daily basis. In fact, vaccinated children tend to have fewer infections than non-vaccinated children," says Professor Bedford

The danger of not vaccinating

It's natural to be concerned about potential side-effects of vaccinations. But, in reality, having a vaccination is much safer than not having one.

"The dangers of not vaccinating includes a resurgence of diseases, which are potentially very serious," says Bedford. She points out that if vaccine uptake falls - these diseases will come back.

"If you don't immunise your baby, they are at risk of catching diseases like measles, rubella or mumps and their complications - which includes inflammation of the brain (encephalitis), pneumonia and meningitis. This may cause death or they may be incapacitated for the rest of their life," says GP Dr Anuj Chaturvedi.

Vaccinations are carefully timed for a good reason, adds Bedford. "They are given at particular stages in order to offer children protection as young as possible. If you don't vaccinate, you are also putting other people at risk, including pregnant women, young babies who are too young for vaccination and those who have a suppressed immune system." 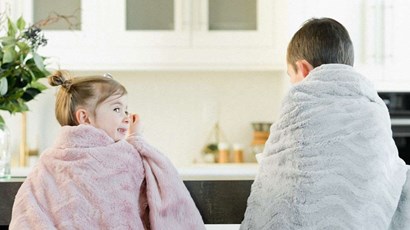 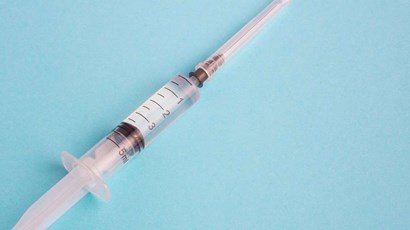 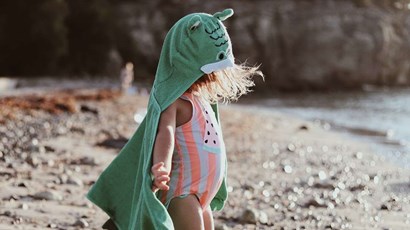