If you've been struggling with menopausal symptoms and looking into the options, you might well have come across private menopause clinics or compounding pharmacies offering 'bioidentical hormones'. But what exactly are they, and how do they differ from the HRT you'd get from your GP?

Hormone replacement therapy (HRT) has long been surrounded by controversy and confusion, despite the fact it is today recognised as an effective option for treating menopause symptoms like hot flushes, night sweats, vaginal dryness and mood swings, with many of the concerns about safety allayed.

"Some people use the term bioidentical hormones when they're talking about hormones that closely resemble the ones we naturally produce," explains Dr Heather Currie, an associate specialist gynaecologist and former chairperson of the British Menopause Society.

When it comes to treating the menopause, she explains, the bioidentical hormones used are estradiol, the form of oestrogen that women normally produce, and micronised progesterone, which closely mimics the natural progesterone we produce.

Both of these hormones are available on the NHS as standardised, regulated HRT, which can be prescribed by your GP or British Menopause Society specialist. And this is where the confusion comes in.

What some clinics and compounding pharmacies offer as 'bioidentical HRT' uses these same hormones, but not necessarily in the same standardised dosages that are regulated by the Medicines and Healthcare products Regulatory Agency (MHRA).

"The term 'bioidentical' is more of a marketing term really," says Dr Hannah Short, a GP who specialises in the menopause. "There are some private practitioners who will say they can make you a bespoke HRT, and there are concerns about these kind of unregulated and unstandardised treatments," she explains.

"A compounding pharmacy is still a completely licenced and regulated pharmacy. They would buy a certain amount of micronised progesterone or estradiol and mix it into an approved, clinically tested cream base or put it into a capsule," says hormone specialist Dr Mandy Leonhardt.

"Most of the time, it is exactly the same amount as any standardised, off-the-shelf, pharmaceutically-made product. However, compounding pharmacies charge a huge amount of money for this because each individual product is made on-site for each individual patient," she explains.

"These compounding pharmacies are criticised because the product they prescribe, even though the molecules and the hormones are exactly the same, are not individually trialled and tested in a scientific trial," she adds. As a result, Leonhardt explains, the NHS has begun using the term 'body identical hormones' to describe the standardised, regulated form, and to distance itself from non-standardised 'bioidenticals'.

How menopause can affect women at work

Menopause is a natural part of ageing, but it can bring a whole host of debilitating physical a...

Apart from the potential for spending a lot of money on something you could get much cheaper on the NHS, Currie warns that there's no guarantee you're getting a safe balance of hormones from unregulated HRT.

"If we give oestrogen, unless the patient has had a hysterectomy, we also have to give progesterone to protect against the oestrogen stimulating the lining of the womb. Oestrogen on its own can increase the risk of thickening the womb lining, which can lead to endometrial cancer," she explains.

"The preparations that are standardised and regulated by the MHRA have been shown to have the right balance of oestrogen and progesterone, or progestogen, to counteract the effect of oestrogen. The non-regulated forms don't have that same reassurance."

A lot of the commercial success of bioidentical hormones seems to come down to the way they've been marketed as a 'safer' and 'more natural' form of HRT - tapping into long-standing concerns about the safety of using HRT, and neglecting to mention that these same natural, body identical hormones are already available on the NHS.

"The majority of regulated HRT preparations now used in the UK are naturally derived from plant sources - apart from one type, which comes from horses' urine. Women can receive hormones that closely mimic their own, but in a standardised, regulated way, prescribed on the NHS, and that's what we recommend," Currie says.

"They claim that you can check a woman's blood and then you can individually prescribe her the hormones she needs - but, because of the fluctuations that we have within our body, you will get a different result depending on when you take the blood," she explains. "It's really just a money spinning scheme - you make money on your blood tests and then you make money again on the specially prepared medication that you give with it."

Despite this, Leonhardt says she will occasionally use bioidentical hormones from a compounding pharmacy, but only in rare cases where a patient experiences side effects from the lowest available dose of micronised progesterone that's available on the NHS.

"I occasionally use a compounding pharmacy to make up a smaller dose, which is still evidence-based, so what it does offer you is slightly more flexibility for women who really can't get the dose right on the standardised stuff," she explains. "But my first choice would always be NHS available, licensed products, which you can also personalise."

While it is true that NHS body identical HRT can also be personalised, with hormone doses adjusted depending on how a patient reacts to them, Short points out that this really requires a doctor who's "confident and knows what they're doing".

Sadly, she adds: "You're not going to get that from some GPs, but you can still ask to see a menopause specialist on the NHS, and they should be able to adjust your hormone doses depending on the side effects you're experiencing."

For menopause counsellor and #MakeMenopauseMatter campaigner Diane Danzebrink, a lack of menopause knowledge and understanding among many GPs is part of what's driving the trend for pricey 'bioidentical' treatments. "I think many women have been left frustrated and desperate by the lack of knowledge of their own GP, so they're driven to look for alternatives," she says.

"Until relatively recently (when the Advertising Standards Authority banned it in 2017), bioidentical doctors were advertising in glossy magazines, claiming the products were safer, better, and so on than standard HRT that you can get from your doctor. If you're a woman whose symptoms are severe and debilitating, you're really struggling, but your GP says you're too young for HRT, or prescribes antidepressants instead, these women feel desperate, and they will take things into their own hands," Danzebrink explains.

"HRT is absolutely appropriate and applicable for women who are still having periods - the earlier you start the better. I totally respect that GPs have a lot of bases to cover, but menopause is going to happen to 51% of the population, and GPs not having the right information is costing women their health and well-being," she adds.

"There are places GPs can refer to for up-to-date information, but if your doctor isn't listening to you then my advice would always be to familiarise yourself with the NICE guidelines on menopause, keep a diary of your symptoms, and don't be afraid to ask for a second opinion or referral to a specialist." 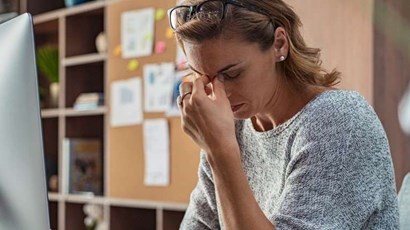 How menopause can affect women at work 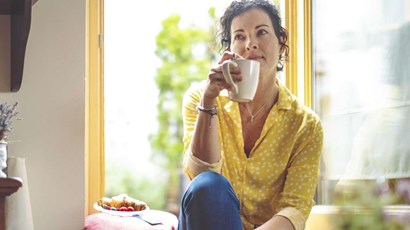 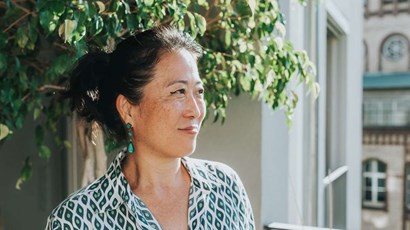 How to manage skin problems at menopause

have been put on elleste duet conti as im 55 and having very painful periods. dr seems to think this will stop them. Have struggled with this change in hrt for 2 months now but symptoms are starting...

Notes on What are bioidentical hormones for menopause?
Share
https://patient.info/news-and-features/what-are-bioidentical-hormones-menopause-hrt
Copy link Copied