Burping is a necessary (and often very entertaining) quirk of the human body. But if belching becomes excessive or accompanies painful symptoms, it could be time to visit your GP.

I well remember the burping contests we had in the Students' Union Bar. This natural human activity provided endless hours of innocent mirth for simple-minded folk such as us.

It's when burping becomes excessive or associated with symptoms such as chest pain that problems arise. Stomach gas can also create difficulties when you feel the need to burp but can't do so. This was the problem posted by Imagazzell.

Better out than in

Imagazzell, a 30-year-old man, said that about once a month he got a tight fullness from about the middle of his chest up to the top of his throat. It felt as if he needed a good burp to relieve the discomfort, yet no burp that he managed was ever enough.

Every so often, I experience what I can best describe as gassy chest pains. It feels as if I need to get a good burp out to relieve the discomfort, yet no burp that I can manage is ever enough.

Swallowing made the problem worse and he started to produce lots of saliva, which he had to spit out. The condition often occurred at night and made it difficult for him to sleep. The pain in his chest and his throat discomfort usually lasted a good few hours. and he was left with a knotted feeling in the pit of his stomach for the better part of a day. He wondered if it could be gastro-oesophageal reflux disease (GORD) but his symptoms didn't quite fit the bill.

Alice54020 had similar symptoms but also felt the need to burp and couldn't do so. So did Ali87892, who did a lot of laptop work and wondered if constantly sitting with the neck in a flexed position was the cause.

While Christmas this year may be a bit different from usual, whatever the restrictions in our ar...

All this sounds to me like it is related to spasm of the oesophageal sphincter, the circular band of muscle at the bottom of the gullet (oesophagus).It is indeed part of the picture of GORD.

GORD can cause a whole range of symptoms, including burping, being unable to burp, a burning feeling rising from the upper tummy or chest to the neck ('heartburn'), chest pain, throat pain, cough, and bad breath. There are many combinations of symptoms, which is why some people with GORD don't recognise themselves as fitting the classic picture.

There are some worrying features you need to be aware of. If you start to lose weight unintentionally, have difficulty or pain when swallowing, vomit persistently, notice a lump in your tummy, develop features of anaemia (tiredness, paleness, breathlessness) or start passing bloody or black tarry poo, do go to see your GP without delay. The same applies to anyone over the age of 55 with indigestion which persists more than three weeks, or women over 40 with persistent bloating (because of ovarian cancer).

Of course, some symptoms such as chest pain and cough can have lots of different causes, including heart and lung conditions, so unless your problem is obviously indigestion-related, you should see your GP anyway.

Tpat30 was one of several posters with similar symptoms to Imagazzell who had been diagnosed with a hiatus hernia. This is where part of the stomach pushes up into the lower chest through a weakness in the diaphragm (the large flat muscle that separates the lungs from the tummy and helps us to breathe).

Lbloiselane identified anxiety as a common theme running through several of the posted replies. Anxiety becomes a vicious cycle. It causes stress-related indigestion symptoms, stoking up the worry that you have something more serious!

Sg63022 commented that swallowing excessive amounts of air can be a problem. They are right. Excessive air swallowing (known as aerophagy) can cause a bubble of gas in the stomach which is difficult to bring up. Chewing gum, smoking and our good old friend stress can aggravate this.

Spice down your life

Posters came up with many lifestyle changes which they found helpful. Shawhey identified that various foods can aggravate symptoms, particularly chocolate and spices. Coffee and alcohol were also things to avoid. It has also been found helpful to avoid large-volume meals. If you're overweight, it makes sense to slim down a bit, to reduce pressure on the stomach. Our Diet Sheet for Oesophageal Reflux gives more details.

Shawhey also commented that smoking is an aggravating factor. It's known that the chemicals from cigarettes relax the sphincter at the bottom of the gullet and make acid reflux more likely.

Lying down or bending forwards a lot during the day is well known to encourage reflux. Ali87892 certainly came up with a novel approach to trapped gas resulting from neck flexion, which involved massaging the back of the neck and head, or stretching the shoulders backwards. I've not seen it in any text book but it wouldn't do any harm to give it a try.

Eric47224 had some good advice for people who have trouble at night. He suggested raising the head end of the bed by 15°, and leave a gap between your last meal and going to bed (about three hours should do it). You could also try having nothing to drink for a couple of hours before bedtime.

If you want to try medication, over-the-counter antacids are a good bet, although Imagazzell got no benefit from Tums® or Alka-Seltzer®. At this stage, you should think about seeing a doctor if your symptoms are frequent and persistent. They may suggest tests for a stomach infection called Helicobacter pylori. Billy12200 had a gastroscopy - a procedure in which a thin, flexible telescope is passed down the oesophagus into the stomach.

If your doctor confirms that your symptoms are due to GORD, they will probably prescribe a proton pump inhibitor (PPI). Eric47224 found that Nexium® (esomeprazole) was helpful. This acts by suppressing the amount of acid your stomach produces. There have been some concerns about using PPIs long-term, so once symptom control is achieved, it's usually best to switch to another type of acid suppressant called a histamine receptor blocker (H2 blocker). aDeme91p tried one called Zantac® (ranitidine). Sometimes an antispasmodic such as metoclopramide is also prescribed.

Surgery doesn't usually produce better results than lifestyle changes and medication. However, if symptoms are severe and persistent, an operation to tighten the oesophageal sphincter may be considered. Another procedure being trialled involves placing a small magnetic device around the lower oesophagus. Not the sort of thing you'd want to consider if you're a sheet metal worker, I imagine. 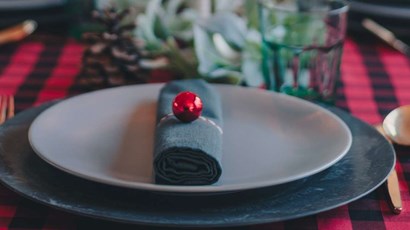 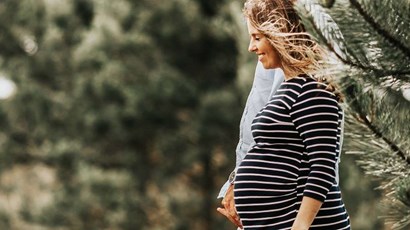 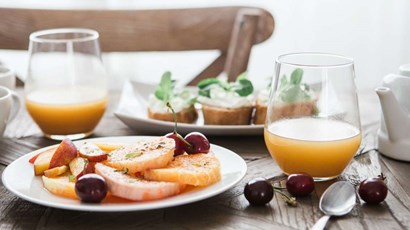 Hi - I'll be as brief as possible. For almost a year I have had symptoms which have worsened, starting with throat clearing and progressing to regular spiting out of white, frothy stuff, post nasal...

Notes on What to do about excessive burping
Share
https://patient.info/news-and-features/what-it-means-when-you-constantly-need-to-burp
Copy link Copied