Amy* was just 21 years old when her close childhood friend Lydia* took her own life three years ago. "I went through so many different feelings and emotions - complete grief and sadness, mixed with anger and guilt," she explains.

"Obviously you feel that grief, loss and sadness when you lose anybody, but it was worse as she was so young, with her whole life ahead of her. I was constantly asking myself 'what if …?' and I was angry that she'd made this choice, and left her family and friends in this situation," she adds.

"It felt wrong to be angry, but it was an overwhelming feeling, and it was reassuring to know others felt like this too. Rightly or wrongly though, I also felt angry towards her family and her university friends because they all knew what was going on and how vulnerable she was, yet she was left by herself. I wish I had known and could have done something," Amy says.

Bereavement with the volume turned up

In 2015, 6,188 people died by suicide in the UK, and it's estimated that each of these deaths profoundly affects anywhere between 6 and 60 people. Research also shows that those bereaved in this way are at significantly greater risk of going on to take their own lives - but, all too often, this extraordinary pain and loss is treated like any other bereavement.

Hamish Elvidge lost his 23-year-old son Matthew to suicide nine years ago, and says: "Bereavement by suicide is often described as bereavement with the volume turned up. There's this overwhelming feeling of guilt and deep sadness - what could we have done differently to prevent Matthew from taking his own life?"

Hamish is now chair of the Matthew Elvidge Trust and the Support After Suicide Partnership (SASP), and believes far more could and should be done to support families and friends bereaved in this way. "When the policeman left our house nine years ago, there was no support offered at all ... Nothing. And there is still no statutory or standard, proactive support offered to people bereaved and affected by suicide," he explains.

By contrast, he adds: "Last year we had our shed broken into and some garden equipment stolen, and within 48 hours I'd had a text from Victim Support asking if I wanted any practical or emotional support as a victim of crime."

Children are used to parents having all the answers - or at least seeming to. In this uncertain ...

The need for timely and appropriate support

SASP recently launched a national suicide bereavement survey, in partnership with the University of Manchester, with the goal of informing and influencing policy around statutory support.

"Our vision is that everyone affected by suicide should be offered timely and appropriate support. In an ideal world, within 48 hours everyone affected would be provided with a copy of Help is at Hand, which is a resource written by people bereaved by suicide, and funded by Public Health England," Hamish explains.

"Then it would be really important to assess the needs of the people affected, and connect them with the support that's available locally - from practical things like understanding all about the inquest, to emotional support through that really difficult journey," he adds.

SASP is also developing partnerships with funeral directors, psychiatrists, GPs, nurses, and coroners - as well as working on guidelines for counsellors and peer support groups - to improve the quality and consistency of support on offer.

For secular minister and grief specialist Emma Curtis, awareness of suicide bereavement support principles is vital for creating sensitive ceremonies and helping mourners to deal with their grief. "The structure of the funeral service helps to bring structure to what is a disorganised time," she says.

"Clergy and funeral directors can play a major therapeutic role in this time by offering options, and planning and participating in rituals that reflect the personality of the person who died, and the needs of the bereaved. A good funeral ceremony takes account of the unique personalities and circumstances, and can educate people to know how to speak to a particular family about the death of someone by suicide," Emma explains.

Supporting someone who's been bereaved by suicide

Besides professional support, the understanding of friends and family is vital for anyone grieving the loss of a loved one - but can be particularly difficult following a suicide. "I think there are significant issues around shame and stigma," Hamish says.

"That's the real sadness about bereavement by suicide - to think that your loved one was trying to protect you from their difficult situation, when actually they're creating something that's a million times worse."

The result of that stigma, Hamish adds, is that: "The way people react to you can be very hard - people finding it very difficult to make contact, or not knowing what to say or how to help. It's very hard for everyone."

Simply being there and listening is often the most important part of supporting someone through grief, Hamish explains. "Don't seek any detail about the death, or try to delve into the history. Don't talk about yourself or provide too much direct advice; it's more a role of listening than talking," he advises. "Tiny things, like a text saying 'thinking of you' on their loved one's birthday, can make a huge difference."

Organisations that can help

The Samaritans and Cruse Bereavement Care have also developed Facing the Future, peer support groups for those bereaved by suicide. "When you lose someone to suicide, the grief that you experience can be very intense and the emotions you feel can differ from the grief you experience following any other kind of death," says Samaritans CEO Ruth Sutherland.

"Samaritans recognises that those who are bereaved by suicide are a particularly vulnerable group who need support," she adds. "People grieving because of suicide can feel very alone, suffering from a kind of loss they feel others may not understand. Even with supportive family and friends, participants find it helpful to talk with others who have experienced a similar loss."

The following organisations can provide practical and emotional support if you've lost someone to suicide, or if you're struggling with suicidal feelings yourself:

Support After Suicide: A network of organisations that support people who have been bereaved or affected by suicide

Facing the Future: Developed by Samaritans and Cruse Bereavement Care to help support people who have been bereaved by suicide

Maytree: A Sanctuary for the Suicidal

Why your long commute is bad for your health 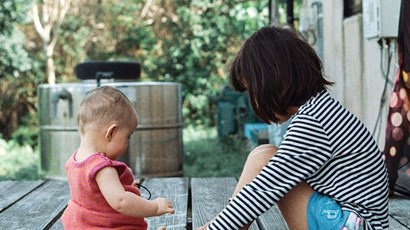 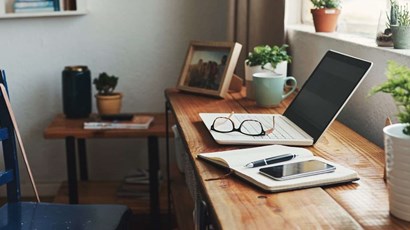 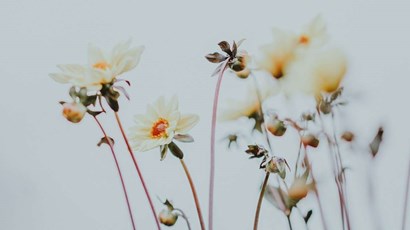 What does everybody's shortness of breath feel like? I even feel really really out of breath even when I talk which worries the c**p out of me!I wake up with it and go to sleep with it every night, I...