If you've found yourself wondering if you might be gay, lesbian, bisexual or even asexual, you're not alone. We ask two experts to bust myths on sexual orientation and where those questioning their sexuality can go for further support and advice.

Not everyone is exclusively attracted to the opposite sex. And those who are (straight people) could be on the decline. Across all ages, the ONS noted a 'statistically significant increase' in people identifying as lesbian, gay or bisexual, with 2% of the population in 2016 defining themselves as such, compared with 1.7% the year before. And in a 2015 YouGov survey, only 46% of 16-25-year-olds defined themselves as completely straight.

If you're currently questioning your sexual orientation, you're in good company. But that doesn't necessarily make it less daunting.

There are lots of myths about sexuality, leaving many of us confused. Sex educators Meg-John Barker and Justin Hancock, who have a podcast about sex and relationships, explain that one of the biggest misconceptions about sexuality is that it's just about which gender we're attracted to. Another is that if you find yourself fancying someone of the same sex, it means you're definitely gay.

"Unfortunately medics, psychologists and therapists from the nineteenth century onwards got hooked on the idea that the most important thing about our sexuality was whether we had sex with men or women," reveal the duo, whose book 'Enjoy Sex' aims to be a practical guide to the often confusing topics of sex and sexuality.

"This thinking also leaves out many other vital dimensions of our sexuality, such as how strongly we feel sexual attraction if at all, what roles we like to take sexually, what kinds of sensations we like, and what kinds of fantasies we have," explain Barker and Hancock.

Another myth is that sexual orientation and gender identity are the same thing. Gender identity is about a person's innate sense of their own gender, whether that's male, female, or non-binary. This may correspond to the sex assigned at birth (cis) or it may not (trans - the 'T' in LGBT). A trans person can be straight, gay, bisexual or asexual.

How common is it to wonder if you're LGBT?

Some people realise they are gay, lesbian or bisexual at an early age, while others may not know until later in life. Barker and Hancock say it's extremely common to be confused about your sexuality, especially given the deeply confusing cultural messages we receive about sex.

"We're taught in sex manuals that sex equals penis in vagina penetration, when actually there are thousands of ways of being sexual (alone and with others) which don't involve this at all, and which many people enjoy as much or more. Around half of people report that they have a sexual problem on national surveys, when perhaps it is the limited understanding of what counts as sex which is part of the problem."

Do I need to pick a label?

'Pansexual', 'sapiosexual', 'demisexual'. In recent years, there's been a huge proliferation of new labels around sexuality - with terms to describe different kinds of bisexuality, asexuality and the kinds of sex people prefer. These names can be helpful, say Barker and Hancock, as they reinforce that sexuality has many dimensions. Giving people the language that helps them make sense of their experiences is a great thing. But there are some downsides of labels too.

"The disadvantage of labels is when we cling to them too tightly and believe that we're stuck in that place once we've labelled ourselves. But it's fine to find a certain label fits for a while and then find it doesn't fit so well over time, or that a different one fits better. Also it's important to remember that each label still encompasses many different ways of experiencing and embodying sexuality. There's no 'one true way' of being bisexual, of expressing queerness, or of doing heterosexual sex, for example."

'Coming out' means sharing with others that you are lesbian, gay, bisexual or trans.

LGBT charity Stonewall UK says: "The process of coming out can be very different for everyone and it can take some time to get to a point where you feel comfortable and confident enough to have those conversations with people."

Barker and Hancock stress that nobody should ever pressure you to come out.

"Coming out can be a wonderful part of affirming your sexuality, but it's vital to remember
that it is a much safer and more positive experience for some people than it is for others. So whether or not to come out - and what to come out about - should always be your decision."

If it feels risky for you to do so, but you want to do it anyway, they suggest you seek support first. Luckily there are some great LGBT charities in the UK.

"Good starting points are Stonewall UK, Gendered Intelligence, the Bisexual Index, the LGBT Foundation (in Manchester), and London Friend (in London), but there are many more
which those organisations can point you towards," say Barker and Hancock.

Remember, there is no 'normal'

It's easy to feel shame around sexual preferences, but Barker and Hancock emphasise that whatever you find you're into sexually is completely fine so long as you always behave consensually with other people. And do remember, even if there's no risk of pregnancy during your sexual encounter, you'll still need to consider protection against STIs.

"This is an incredibly helpful and courageous journey to be embarking on and you can learn a huge amount about yourself and your relationships with other people from it. The main thing to remember on your journey is that there is no normal here, but diversity," they conclude.

How to get help for hypochondria and health anxiety 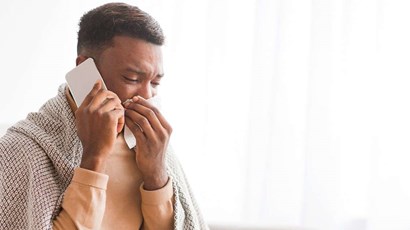 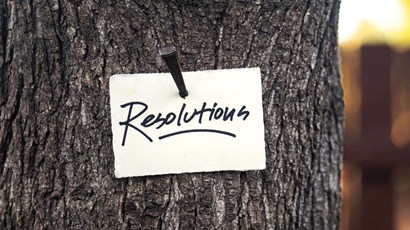 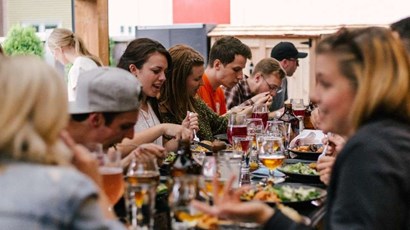 I've been feeling more depressed the last 3 days. My therapist said the anxiety would go up and down and then the gaps in between would widen. I felt so depressed yesterday that i felt like i was not...