Eating disorders affect around 1.25 million people in the UK, a quarter of whom are male, and less than 10% of whom are affected by anorexia. Yet the most common image of an eating disorder sufferer that persists in many people's minds is of a young, emaciated woman. It's a stereotype that's not just misleading, but also perpetuates harmful weight stigma and could prevent many people living with eating disorders from accessing the support they need.

"You cannot tell if someone has an eating disorder just by looking at them," Beat states. "While it is true that some sufferers of anorexia are severely emaciated, some are not, and the majority of eating disorder sufferers do not have anorexia. Those suffering from bulimia may be within the normal weight range or may be overweight, while those with binge eating disorder are often overweight."

Equally, he adds, they may try to seek help and be sent away on the grounds that they're either 'too fat' or 'not thin enough' to have an eating disorder - which can lead to eating disorder behaviours becoming more and more entrenched. "The sooner someone gets help, the better their chances of recovery. The longer you delay getting help, the more entrenched those behaviours become, and the harder recovery can be."

Despite NICE guidelines stating that BMI (body mass index) should never be the sole measure for the severity of an eating disorder, campaigners like Hope Virgo say the number on the scales is still too often used as a barrier to accessing treatment.

Hope suffered from anorexia between the ages of 12 and 17, and spent a year as a hospital in-patient before being discharged when she turned 18. As an adult, Hope says: "I managed my recovery up until 2016, and then I relapsed after my grandma passed away.

"I really struggled with the grief, and went back to that original coping mechanism of just not eating, and exercising too much. The strange thing was, I knew what was happening, and I knew that at any point I would completely lose that control."

Despite this, when Hope sought help for the return of her disordered eating behaviours, she was told her BMI was healthy, and so she wasn't eligible for any support. "I left that appointment feeling like a fake anorexic. Anorexia is a really competitive illness as it is, so when you're told you're not thin enough, that part of your brain automatically wants to start competing," she explains.

"I had to really struggle with all of that, and came very close to ending my life," she adds, explaining that the only help she was able to access through her GP was antidepressants - which, despite not normally being used to treat eating disorders, gave her the boost she needed to develop healthier coping strategies.

As a result of her experience, Hope launched a petition - which now has nearly 100,000 signatures - campaigning for the NHS to 'Dump the Scales'. "The reason I launched it was because I realised I'm not the only person who goes through that. There were so many people every single day being turned away from services for not being underweight, and there is no real focus on early intervention," she explains.

"There's this idea that to have anorexia you have to be stick thin, when actually it's a mental illness and it shouldn't be judged on someone's physical appearance," she adds. "I've come across people who've been turned away from services for not being underweight enough, and then they end up a month later being hospitalised. So they're then taking up a hospital bed on the NHS, which is going to cost more money, and their recovery time will be longer, than if you'd got in there early and stopped the eating disorder developing to that point."

Lack of resources and training

Part of the issue, Osborn says, is a lack of resources, and NHS commissioners using BMI to restrict access to support services to only the most severe cases. "Often the problem is that the commissioners set the criteria for accessing treatment, so they're the ones saying 'you have to have a BMI of below 17', or whatever it is. That's often dictated by the fact they feel they can't offer treatment to everyone because they don't have the resources," he explains.

"What we need is more training for doctors, and more resources for specialist services. There tends to be a focus currently on inpatient treatment, or only treating people when they're in urgent need of help," Osborn adds. "Focusing on treating people earlier, in outpatient settings and community treatment when they might not be at such a critically low weight, can actually save money. We really need to be investing in those sorts of treatment models."

On the other side of the same coin is the stigma faced by eating disorder sufferers who are overweight or obese. 35-year-old Meg began suffering with binge eating disorder (BED) when she was just 17, after a lifetime of pressure to lose weight from parents who restricted her eating.

"It was quite traumatic really, being hungry as a child and not having the power to do anything about it. I became an opportunistic, anxiety-driven eater, making the most of parties or going to a friend's house, and loading up while I could. I lost touch with my fullness and hunger signals, because I couldn't really act on them, and I internalised a lot of pressure to be thin - which I have never actually achieved - so I'd try to control my portions and things like that, but I'd always end up bingeing," she explains.

Meg's binge eating really became a problem when she first started attending a slimming club in her late teens, as suggested by her GP. As before, Meg found that she would stick to the programme up to a point but then binge as a 'ping back' reaction to her restrictive diet. However, it took ten years for her to access treatment for her eating disorder, because so much emphasis was placed on encouraging her to lose weight.

"It was very motivated by weight. A lot of people who have binge eating disorder don't necessarily recognise it, and doctors don't necessarily probe for it," she explains. "When I was 28 I had to be really insistent with my doctor, and say 'look, I've tried this, I've tried that'. I feel like you have to pay your dues with lots of failed diets first, and then you can say 'look, I've tried fixing my body, now I have to try to fix my mind because obviously that's the problem'."

Even within eating disorder services though, she found the focus on weight loss really difficult - particularly when, despite reducing her bingeing behaviours, her weight plateaued. Instead, she wishes there was more recognition of the fact that eating disorders are much more to do with your behaviours, and what's going on in your head, than what you weigh or what you look like.

"I'm the most mentally well I've ever been, and I have a much more normal relationship with food now. But I'm still in a larger body, which is difficult. I feel like I have to justify myself; like people assume I must still be doing something wrong," she says. 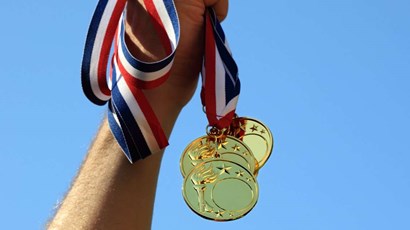 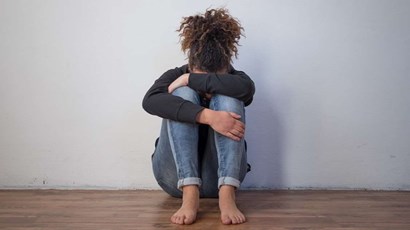