The common type of the skin rash called miliaria is sometimes referred to as prickly heat, or a heat rash, or a sweat rash. Miliaria occurs in some people when they sweat a lot. It can be very itchy. It is due to a blockage of the sweat ducts which causes sweat to seep into the skin cells. The main treatment is to keep cool as much as possible.

What is heat rash?

Miliaria is a rash that develops in some people when they sweat more than usual. The rash is also sometimes called prickly heat, or a heat rash, or a sweat rash. It is not usually serious but it can be itchy and uncomfortable.

What blocks the sweat ducts?

Some people are more prone to miliaria than others. It seems that a germ (bacterium) called Staphylococcus epidermidis may play a role. This bacterium lives harmlessly on the skin and miliaria is not an infection. However, this bacterium makes a sticky substance. This substance combined with excess sweat and dead skin cells may cause the blockage. One study reports that people who develop miliaria when they sweat have, on average, three times as many bacteria per unit area of skin compared with those who do not develop miliaria when they sweat.

Anything else that blocks the sweat ducts can also cause miliaria. For example, if you place polythene tightly on your skin for 3-4 days, you are likely to develop a miliarial rash on the covered skin.

Prickly heat (miliaria) can develop in anyone at any age. However, it is most common in children and babies, as their immature sweat glands are more prone to becoming blocked. It is particularly common in newborn babies but soon clears.

Another common time for the rash to occur is when people travel to a warmer climate and sweat more than usual - typically, on going to a hot country for a holiday. Up to 3 in 10 people who travel to a warmer climate and who sweat a lot may be affected by miliaria. The rash may begin within a few days of arrival in the warmer country. However, it might develop weeks, or even months, later.

Miliaria can also occur in cooler climates when sweating is a problem. For example, people who lie on their back for long periods due to illness may get miliaria on their back. This can occur after having a stroke or a major operation. It can also occur if you are wearing too many clothes or the bedding is too warm.

Attribution: by Sentient Planet (own work) via Wikimedia Commons

There are several types of prickly heat (miliaria):

This is sometimes called miliaria sudamina. This is caused when the blockage of the sweat ducts is close to the surface of the skin. The rash is like tiny clear spots that appear in crops. They may look like beads of sweat. The spots tend to disappear within a few hours or days. This is the least itchy form of the condition and there may not be any itch at all. The rash may simply be a curious event that you notice on your skin.

This is the common type and the one most people would identify as prickly heat. It is caused when the blockage of the sweat ducts occurs at a deeper part of the outer layer of the skin (the epidermis). Crops of tiny red bumpy spots (tiny papules) develop. The spots are just a few millimetres in size and may look like tiny blisters. Several crops of spots usually appear in different parts of the body. They occur mostly where there is friction with clothes. They can be very itchy - although it may be more of an intense prickling sensation. Some areas of skin become red.

The rash may occur within days of coming into a hot climate. However, often the rash does not appear until weeks or months have passed in the hot climate. The rash tends to go within a few days if you get out of the hot environment and stop sweating.

On the affected areas of skin there is a reduced amount of sweat, or no sweat at all. You may feel tired and become intolerant of heat. If you continue to sweat and the rash covers a large part of your body then you have a small risk of developing a high temperature (fever) and/or heat exhaustion. This is because you are not able to sweat properly to get rid of body heat.

This is uncommon. It is caused when the blockage of the sweat ducts occurs at the level of the middle layer of the skin (the dermis). This typically occurs in people who live in a hot climate who have had repeated episodes of miliaria rubra. Bigger lumps develop on the skin when you sweat. These tend to be flesh-coloured as they are deeper than the miliaria rubra form. There is little itch with this type of miliaria but there is a greater risk of developing a fever and heat exhaustion if much of the skin surface is affected.

In this type of miliaria, the bumps on the skin become infected with the bacteria living on the skin surface. The fluid inside the bumps contains pus.

In most cases the rash will clear without any treatment. However, severe cases can last for several weeks. One or more of the following may help to treat prickly heat (miliaria) and prevent further episodes from developing:

If you feel generally unwell, you may be developing heat exhaustion or heatstroke. If this occurs, seek medical attention. 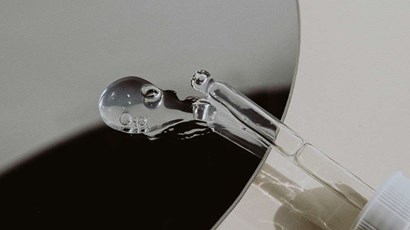 Is your skincare increasing your risk of sunburn? 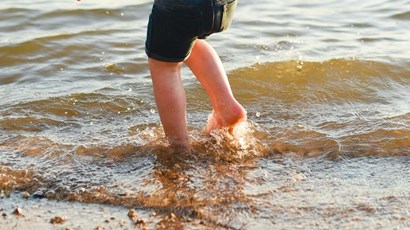 How to keep your kids sun safe this summer 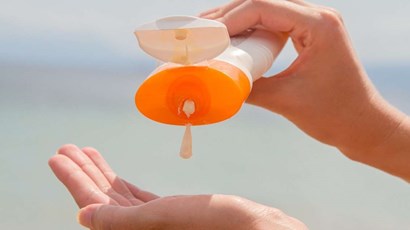 How to choose the right sunscreen 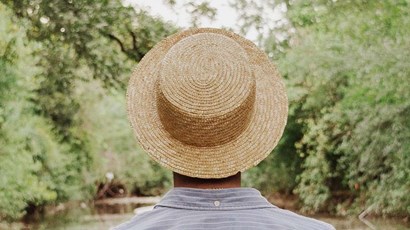 How to treat sunburn at home

Hi, I'm a 22 year old male. I've been experiencing hot flashes for about 2 years now. They are sadly getting worse and destroying my life. I cannot go to school normal because I always sweat on the...