In this series Head Injuries

Concussion is an injury to your brain that can happen after a blow to the head or a sudden, severe jolt.

Concussion is an injury to your brain due to head trauma. It is very common. It has been estimated that there are 1 million attendances at accident and emergency departments in the UK every year due to head injuries. Of these, 9 out of every 10 people have a minor head injury or concussion.

Concussion can happen after a blow to your head or a fall on to your head. It can also happen if your head is jolted very suddenly - for example, suddenly coming to a halt in a car accident.

The blow or sudden jolt causes your brain to move within your skull. This interferes with the electrical signals inside your brain and has other effects, including the release of chemicals that interfere with the way the brain normally works. It is thought that in some people with concussion there may also be microscopic damage to the very smallest blood vessels in the brain.

The most common causes of concussion are falling (especially from a height), road traffic accidents and accidents during sports such as football, rugby, American football, skiing, boxing and cycling.

How can you tell if you have concussion?

If you have hit your head and have any of the following symptoms, it is possible that you have concussion:

Some symptoms of concussion don't appear immediately - for example:

How can you tell if someone else has concussion?

If you are with someone who has hit their head and they are not conscious or responding and are lying motionless call 999/112/911 for an ambulance.

The way a person behaves after hitting their head might indicate that they have a concussion. For example, they may:

Signs of concussion in a toddler or baby

If your child has hit their head and you are worried they might have concussion seek medical advice.

Children often fall and bang their heads, especially toddlers. A baby is less likely to hit their head as they can't walk and therefore don't topple over; if a baby has a minor head injury the possibility of it not being accidental has to be considered.

An infant with concussion will have similar symptoms to an adult but will not be able tell you about them. Instead they may be a bit grumpy and sleepier than normal - it is common for them to want to sleep for a while after a bang to the head. This is quite normal but they should wake up completely after a nap. If you are worried that they are drowsy then wake them up after an hour or so.

See below for concussion red flag symptoms in children.

Anyone who has had a head injury, however minor, does need keeping an eye on for the first couple of days. This is because what might at first have seemed to be just symptoms of concussion could also be symptoms of a more serious problem, such as bleeding into or around the brain.

Red flag symptoms mean there may be something more serious happening. If you or someone you are looking after has had a concussion but then develops any of the following red flag symptoms you should seek immediate medical help.

The symptoms above are still important in children but may be difficult to spot due to the child's age, so additional red flags in infants and children are that they:

Concussion is a particular issue in sport, especially contact sports. Not only is it common but if the concussion has not completely settled, having another concussion and a serious brain injury are much more likely. This is partly because the brain is vulnerable after the first concussion but also because being slower to react and lacking coordination mean a further blow is more likely.

With increased understanding of the nature of concussion, many sports now have a concussion protocol in place to reduce the risk of repeated concussions. In the USA, the Zackery Lystedt law states that any child who it is thought might have concussion while playing sport has to be removed from the game or practice until they have been given the all clear by a trained healthcare provider: "If in doubt, sit it out".

It can sometimes be difficult to diagnose concussion, particularly during the turmoil of a match. As a result, a concussion test has been developed to look for signs of concussion during sport.  The most well established is called the Sport Concussion Assessment Tool 5th edition (SCAT 5); there is a separate version for use with children aged under 13 years.

Once concussion has been diagnosed, many sports bodies have rules in place to make sure that the concussed person doesn't put themself at risk of further injury in the weeks to follow. For example, England Rugby don't allow any return to play until all concussion symptoms have been absent for at least 14 days and then the player follows a gradual return-to-play programme.

How to treat a concussion

Most people make a quick recovery from concussion without any specific treatment.

Having lots of rest in the first few days and taking a day or two off work or school may be helpful and might speed up recovery.

Note: do not drive until you feel you have completely recovered. If in doubt, take advice from your doctor.

How long does it take to recover from concussion?

Most people with concussion recover quickly and completely within a few days or even quicker. However in some people it takes longer for the brain cells to go completely back to normal. Unfortunately it is not possible at the moment to tell who will recover quickly and who won't. If your concussion symptoms are lasting longer than a couple of weeks this is called post-concussion syndrome and you should see your doctor. See the separate leaflet called Post-concussion Syndrome for more information.

Although concussion is not thought to have permanent effects on the brain, having repeated episodes of concussion may cause permanent damage. It has been recognised for many years that repeated minor brain injury from boxing can cause a form of dementia called chronic traumatic encephalopathy. There also appears to be an increased risk of Alzheimer's disease and Parkinson's disease following minor head injury.

Can concussion be prevented?

Anything that reduces the risk of someone hitting their head in the first place, such as wearing a seatbelt in a car, will reduce the chance of developing concussion. Otherwise, protecting the head from a blow may reduce the risk of concussion. For example, wearing a helmet (when cycling, riding a motorbike or horse, skiing or snowboarding) has been proven to reduce serious head injuries. A mouthguard is used in contact sports mainly to protect the jaw and teeth; they may also reduce sports-related concussion but the evidence is mixed. 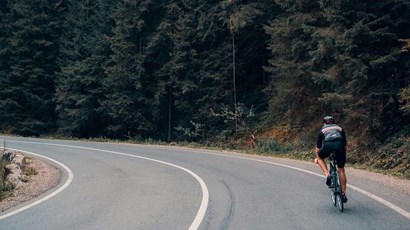