Bullying is repeated behaviour intended to hurt somebody either emotionally or physically. This may be by using spoken words, physical violence, emotions, or the internet. Cyberbullying is bullying through electronic means, such as phones, tablets and computers. Bullying can take place at school, at home and at work. It causes unhappiness and harm to physical and mental health, both at the time and sometimes into the future of the person being bullied. It is important to report bullying to a person in authority, so it can be stopped before causing harm.

Bullying is a repeated aggressive behaviour, intended to harm another person or group of people. It is common in schools but can be a problem at work in adult life too. It takes many forms. Types of bullying include:

Why do people bully others?

There is no single reason which explains why bullying happens. Children and adults can be bullies for a number of reasons. Many have been bullied themselves. Sometimes it can be an expression of anger or frustration due to problems they have, such as problems at home or struggling at school or work. It can be the result of poor upbringing - some people have not been taught to be sensitive to or care about other people's feelings. Violent games or movies may influence some people's behaviour and make them more likely to be bullies. For some it may be an attention-seeking behaviour - for example, if they are not getting enough care and attention at home or elsewhere. Others find themselves in a position of power without the skills to use it wisely. In some schools and workplaces there is no culture of respect for others; this can make bullying more likely.

Often the bully is as vulnerable a person as his or her victim and needs just as much support and help.

How common is bullying?

Sadly, bullying is very common. At least one in three children is bullied at some point. Around one in ten experience bullying which is persistent, lasting six months or more. It has been estimated there are 26,000 counselling sessions per year in the UK with children related to bullying. Boys tend to bully more than girls.

Most young people experience cyberbullying - as a bystander or as the person doing the bullying or as the victim.

Bullying issues are reported in around one in ten places of work. The Advisory, Conciliation and Arbitration Service (ACAS) helpline receives 20,000 calls per year related to bullying or harassment.

Anyone can be a victim of bullying. However, children or adults who are seen as 'different' or weaker in some way are more likely to be bullied. This includes:

How are children and adults affected by bullying?

The impact of bullying is huge. It causes unhappiness and distress; it can even result in suicide. For children bullied at school, the effects can last long into adulthood, affecting the rest of their lives.

Being bullied at school can cause a child stress and a number of physical or mental health problems. Often children will not tell anyone they are being bullied. Some symptoms or changes in behaviour that might alert a parent, doctor or teacher to the possibility of bullying include:

Signs that cyberbullying is taking place can include some of the above but also:

Bullying in the workplace or home can cause many symptoms for adults. These include:

What are the long-term effects of bullying?

The effects of bullying at school can go on long after the child has grown up. Children who have been bullied are more likely to:

Bullying in the workplace can also affect physical and mental health in the long term. It can also cause problems as a result of a lot of time off work, affecting future career opportunities.

The most important thing to do is to tell somebody in authority. Most schools and all workplaces are obliged by law to prevent bullying. As we have seen, bullying causes a huge amount of health consequences and the only real way to treat and prevent these is to stop the bullying.

For bullying at school, children or adolescents and/or their parents should approach a teacher to discuss the situation and its impact. This will usually be a form teacher, or head of year, or the school may have a nominated person. Schools are obliged by law to have anti-bullying policies. The correct person to approach in this situation may well have been covered within lessons. It is not advisable for parents themselves to approach the parent of the alleged bully. Parents can help by being supportive and caring and by working with the school to deal with the issue. Schools should also be supportive and work out a plan to stop the bullying. It should be possible for the school to arrange counselling to help deal with the situation. Counselling should help to prevent bullying affecting current health and it should help to prevent it from happening again in the future

In the event of cyberbullying, people of any age should be advised not to respond to hurtful posts and that they should save the evidence. Depending on the situation, it should be reported to a schoolteacher, a parent, or the police. It may also be appropriate to report bullying to the social media network or website being used. Numbers or email addresses can be blocked to prevent getting hurtful messages.

In the workplace, people should report bullying to their manager or to the Human Resources (HR) department of large companies. It may also be useful to talk to a trade union representative or to the Advisory, Conciliation and Arbitration Service (ACAS).

For those experiencing bullying in the context of domestic violence at home, see the separate leaflet called Domestic Violence for more details.

There are a number of support groups listed at the end of this leaflet with lots of information on sources of help and advice for those who are being bullied. If, despite trying to deal with the situation, you still feel unwell as a result of the stress of being bullied, see your GP for further advice.

How can bullying be prevented?

Schools and workplaces are required by law to have plans in place to help prevent bullying. Schools often have anti-bullying projects, or teaching. Children are taught how to recognise bullying to help them not join in if they find themselves as bystanders where others are bullying. They are shown how it feels to be bullied. They should know the school policy about bullying, so they know what to do if they come across it. Staff should be trained to manage bullying situations. They may also need training so they can help children at risk of bullying due to special needs or differences. An atmosphere of respecting each other is needed, in which it does not matter if people are different from each other. On a wider scale, laws on discrimination and harassment also help prevent bullying.

At home, parents and carers can reinforce the learning about safe use of the internet and social media which is taught at school. Emphasise to children that they should:

Parents should monitor their children's use of the internet and check that any sites they use are age-appropriate. In a supportive, caring home, children are more likely to tell parents about bullying, so that the problem can be dealt with. 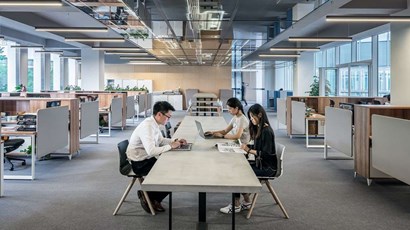 Gaslighting at work: what it is and how to handle it