This page has been archived. It has not been updated since 09/01/2015. External links and references may no longer work.
This article is for Medical Professionals

Professional Reference articles are designed for health professionals to use. They are written by UK doctors and based on research evidence, UK and European Guidelines. You may find the Childhood Obesity article more useful, or one of our other health articles.

In the past, obesity has been seen as a problem of adults, becoming more prevalent with advancing age. Fat children have been recognised in literature with Charles Dickens' portrayal of the fat boy in The Pickwick Papers, and Billy Bunter in the 20th century. They were notable because fat children were uncommon.

Now obesity is no longer rare in children and the prevalence is increasing at an alarming rate. Pathological processes (see 'Complications', below) start early in life and are accelerated by obesity. See also separate articles Obesity in Adults and Bariatric Surgery.

Obesity is basically caused by an imbalance between energy input and expenditure. There are numerous factors that are thought to contribute to this trend. A few will be considered here. It is worth noting that studies investigating the role of diet or activity are generally small and include diverse methods of risk factor measurement. It is therefore difficult to establish the relative importance of the different potential contributory factors[4].

There is a growing cohort of children who develop bad eating habits and a taste for junk food that is high in fat and fast carbohydrates. One study found that whilst consumption of fast food was linked to obesity in those aged 13-15, public health interventions that placed restrictions on the location of fast food outlets did not uniformly decrease consumption[5].

Reduction of physical exercise in the absence of dietary modification contributes to weight gain. Compulsory sport is in decline, although studies suggest that school-based activity programmes aimed to promote physical exercise actually have little impact on children's body mass indices (BMIs)[6, 7]. Long periods in front of the television or playing on the games console also contribute to the increasingly sedentary lifestyle[4].

Sleep deprivation has been suggested as a contributory factor, although a review of the literature concerning adolescents queried the methodology of many studies[8]. A possible trend of children going to bed later may be, in part, responsible. Lack of physical exercise may also lead to poor sleep[9]. Two hormones, leptin and ghrelin, may be important. Leptin is released by fat cells to tell the brain that fat stores are adequate and ghrelin is released by the stomach, as a signal of hunger. In people with too little sleep, leptin levels are low and ghrelin levels high. Both these would encourage an individual to eat more[10].

Studies suggest that obese children are likely to have obese parents. Current thinking is that this is a result of children with a genetic predisposition to obesity living in an obesogenic environment[11]. However, studies have been finding increasing links between genetic factors and obesity. For a fuller discussion, see separate article Obesity in Adults.

A systematic review of countries in the European Union found evidence of a link between obesity and overweight in children and the socio-economic status of the parents, particularly the mother. Furthermore, the prevalence of childhood overweight is linked to the respective country's income inequality or relative poverty[12].

The Millennium Cohort Study report at age 11 found no link with social class. It did, however, show a significant association with the level of parental education. In households where neither parent had educational qualifications, 25% of the children aged 11 were obese and 14% overweight, whereas in households where at least one parent held a degree, 15% of children were obese and 15% overweight.

Research conducted at Leeds Metropolitan University had different conclusions[13]. The study, which involved a sample of more than 13,000 Leeds schoolchildren, concluded that children living in middle-affluent areas had the greatest probability of being obese. The study postulated that this group was most likely to indulge in 'snacking' between meals.

Some medication prescribed for children and adolescents may aggravate weight gain and the risks and benefits should always be considered. This includes:

Any gold standard for diagnosing obesity would be based on body fat content. Adiposity can be directly measured (by densitometry or dual-energy X-ray absorptiometry (DEXA) scanning) and indirectly (anthropometric measurements, bio-electrical impedance and air displacement plethysmography)[4]. This is not practical in primary care. In adults, BMI is often used. The problem with this approach is that it takes no account of factors which have a marked effect on growth in childhood, such as age, gender, puberty and race/ethnicity[16].

National Institute for Health and Care Excellence (NICE) guidelines recommend using the UK 1990 BMI charts to assess weight in children and young people[17]. These are adapted charts based on 1990 UK population data for use from age 2 to 18. Up to the age of 4 years charts incorporate data from the WHO (known as the UK-WHO charts) but from age 4, UK 1990 data are used. The charts create centiles which are age- and gender-specific. Using these charts, a child with:

The measurement of waist circumference is not recommended in children.

In the separate article Centile Charts and Assessing Growth, the problem of diagnosing childhood obesity is discussed more fully.

Studies have shown that parents often have an incorrect perception of their child's weight[18]. Charts may be needed to drive the message home. "Puppy fat" is a common excuse. Endocrine causes for childhood obesity are rare. It is worth stressing that obesity is a clinical term with health implications rather than just the way somebody looks.

It can be a delicate issue to raise with a parent and this may mark the (good or bad) start to a long therapeutic period. The issue may be raised:

This may be the first time that weight has been raised with the family. It is a time to be reassuring and supportive. "By taking action now, we have a chance to improve [child's] health in the future."

Assessment should include the following[15]:

The primary aims of management are dietary modification and the initiation of exercise. Losing weight without exercise is very difficult but the obese child may find it very tough taking exercise up initially.

This is important and should accompany all the other approaches described above. It is as important in helping the individual understand the problem as it is to help them through treatment. Behavioural interventions require a trained professional and strategies supported by NICE guidelines include:

The use of medication in children is continually being assessed and may well play an increasing role in the face of the obesity epidemic. One study found that metformin given to children or young people aged 8-18 caused a reduction in BMI and had a beneficial effect on insulin and glucose, alanine aminotransferase (ALT) levels and adiponectin to leptin ratio (ALR - a marker for cardiovascular risk)[23].

Nov 2017 - Dr Hayley Willacy recently read this survey of anti-obesity drug prescribing in primary care in the UK[24]. The findings suggest that prescribing of these medicines in primary care is challenging with low adherence to NICE guidance. 47% of those surveyed were prescribed metformin, 59% orlistat and 5% both drugs. Orlistat was largely prescribed by GPs independently and metformin by GPs on specialist recommendation. Orlistat was largely prescribed in those over 16 years of age without physical comorbidities. Metformin was initiated for treatment of polycystic ovarian syndrome (70%), insulin resistance (25%) and impaired glucose control (9%). The paper concludes that further work is needed to better support GPs in the use of anti-obesity drugs in children and young people.

Bariatric surgery is limited to the severely obese who are refractory to other management. In young people, it is generally not recommended but may be considered in exceptional circumstances if:

As with any chronic disease, follow-up must be arranged. This implies interest in the patient's progress. Obesity is a chronic disease and needs to be managed throughout the person's life, as relapse is common. "Yo-yo dieting" with weight going up and down is undesirable and unhealthy.

The management of obesity is a lifelong process. Attitudes towards diet and exercise must change for life.

Before referral to secondary care, consider referral to community-based treatment programmes such as MEND (mind, exercise, nutrition ... do it!) - the only programme provided nationwide in the UK[26]. It runs various age-appropriate courses.

Consider referral to a paediatrician if[28, 29]:

There are then problems if these children carry their obesity into adulthood. There may be an increased future risk of impaired fertility, some cancers, atherosclerosis, early cardiovascular disease, hyperlipidaemia and hypertension. One study reported that retinol binding protein 4, a biochemical marker for comorbidity in adult obesity, could also be found in children[30]. Another reported that two thirds of severely obese children had cardiovascular risk factors[31].

Currently, the UK National Screening Committee's policy is that there is not enough evidence available to recommend screening children for obesity, as few obesity prevention interventions have been shown to be effective in children[32]. The policy is due for review and a working group has been set up. However, longitudinal observational studies in children have suggested that opportunistic monitoring of growth charts after 2 years of age may be beneficial. In 2005, an annual National Child Measurement Programme (NCMP) was introduced in England for surveillance (not screening) of two school year groups: Reception and Year 6. This information is collated by local NHS providers. In some areas, parents of children whose weight lies outside the normal range are sent a letter informing them of the results[33].

The English cross-government 'Healthy Weight, Healthy Lives' strategy in 2008 aimed to reverse the trend in rising childhood obesity so that levels return to those of 2000 by 2020. This led to the introduction of the Change4Life initiative which was launched in 2008. This aimed to improve children's diets and levels of activity[34]. This was followed by the 2011 "Healthy lives, healthy people. A call to action on obesity in England" policy[35]. However, two years later, the Royal College of Physicians issued a report criticising the Government's lack of progress in combating the obesity epidemic. They were particularly critical of the lack of facilities for children, who often do not qualify for medication or bariatric surgery. They have called for less variation in the provision of obesity services and leadership at all levels of NHS provision[36]. In August 2014, the Royal College of General Practitioners (RCGP) wrote an open letter to the Chief Medical Officer for England, recommending that a national Child Obesity Action Group be set up as a matter of urgency[37].

The Royal College of Paediatrics and Child Health recently issued a position statement on childhood obesity. This identified many possible initiatives to combat the problem. The salient points were[38]: 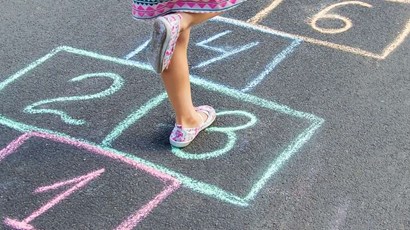 Has the pandemic had an impact on child obesity?