A build-up of earwax can cause dulled hearing and sometimes other symptoms. Earwax can usually be easily removed.

Earwax is a build-up of dead cells, hair, foreign material such as dust, and cerumen. Cerumen is the natural wax produced by glands in the ear. It forms a protective coating of the skin in the ear canal. Small amounts are made all the time. Flakes or crusts of earwax break off and fall out of the ear from time to time.

The quantity of earwax made varies greatly from person to person. Some people form plugs of earwax in their ear canal. This may cause a feeling of fullness and dulled hearing. It can feel uncomfortable. A hard plug of earwax can also sometimes cause 'ringing in the ear' (tinnitus) or even a mild type of dizziness (vertigo).

A doctor or nurse can look into the ear canal and confirm a plug of earwax has formed. A plug of earwax is not a serious problem, more a nuisance. You only need to remove earwax if it is causing symptoms such as dulled hearing. Earwax may also need to be removed for fitting of a hearing aid, or if a doctor or nurse needs to examine your eardrum.

Note: do not try to clean the ear canal with cotton wool buds, etc. This can make things worse, as you will push some earwax deeper inside. It may also cause an ear infection. So, let the ear clean itself.

What can I do if earwax builds up and causes symptoms?

Ear drops alone will often clear a plug of earwax. You can buy drops from pharmacies. For example, olive oil, almond oil, sodium bicarbonate, and sodium chloride ear drops are commonly used for this purpose. Warm the drops to room temperature before using them. (Let the bottle stand in the room for about half an hour.) Pour a few drops into the affected ear. Lie with the affected ear uppermost when putting in drops. Stay like this for 2-3 minutes to allow the drops to soak into the earwax. The earwax is softened and it often breaks up if you put drops in 2-3 times a day for 3-7 days. Flakes or crusts of earwax often fall out bit by bit. You may not notice the wax as it comes out of your ear.

Ear irrigation (which used to be called ear syringing)

Ear irrigation may be needed if ear drops do not work. The ear canal is washed out with warm water. Irrigating the ear with water will usually clear plugs of earwax. But it is only safe if the plug of earwax has been softened. Irrigation when the wax is hard increases the risks of perforating the ear drum. Therefore, use ear drops (such as olive oil ear drops) to soften wax 2-3 times a day for 3-5 days before you have ear irrigation.

Ear irrigation is usually painless. Lukewarm water is squirted into the ear canal. This dislodges the softened plug which then falls out with the water. The old-fashioned big ear syringes have largely been replaced by modern irrigation machines. These deliver the squirt of water at the correct pressure, removing the risk of accidental damage from a high-pressure squirt which occasionally occurred with the old-fashioned syringes.

Ear irrigation may not be advised if you have certain ear problems. In particular, if you:

If ear irrigation does not work, or is not advised, you may be referred to an ear specialist for removal of troublesome earwax.

Can I prevent a build-up of earwax?

Some people are troubled by repeated build-up of earwax and require ear irrigation every so often. In this situation, to prevent earwax building up and forming a plug, some doctors recommend using ear drops regularly - for example, olive oil ear drops. You may also consider buying a bulb syringe which can be used at home to perform your own irrigation.

However, there is no clear research evidence to guide on this issue. For example, it is not clear how often the drops should be used. Different doctors advise different things - from daily, to once a fortnight. It is also not clear if regular use of ear drops does actually prevent earwax from building up. However, if you are troubled by regular plugs of earwax, you may wish to try using ear drops on a regular basis to see if this prevents the problem. 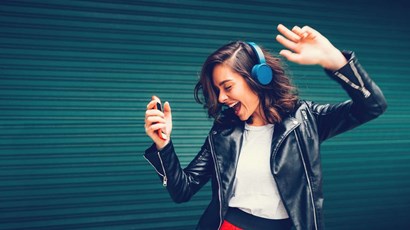 etic What I am experiencing I am not finding on line and hoping someone else has gone through this and to tell me it will get better. But I am worried. I am experience tinnitus for one. When I turn...