We're all familiar with dandruff; about half of us will experience it at some point. But for some people, a flaky scalp can be more severe, causing soreness, itchiness and even hair loss. So how do you know if it's more than just a bit of irritating dandruff? And what really works for getting rid of the flakes?

Dermatologist Dr Sharon Wong from London Bridge Hospital, part of HCA UK, says that while dandruff is common, most of us don't know very much about what causes an itchy, flaky scalp and what else to look out for.

"Flakes and an itchy scalp are the main symptoms of dandruff which is considered a mild form of eczema known as seborrhoeic dermatitis. Dandruff affects 50% of the population worldwide and people of any age and gender can develop it," she reveals.

Wong explains that dandruff is believed to be due to a naturally occurring yeast which feeds on the oils in your scalp. Recent research has also suggested an imbalance in surface bacteria may contribute to developing dandruff.

Dandruff is certainly no indication of how clean your hair is, reassures Wong. However, in some cases, not shampooing enough can cause problems with the scalp, she says.

"If the hair isn't regularly washed, oils, hair products and skin cells from the scalp can build up worsening dandruff."

But there are signs to look out for that could signal it's something more, reveals Wong.

"If the scalp becomes red or swollen, or the redness and flaking spread to other areas of the body, then people should make an appointment with their doctor. It might be a sign of psoriasis, eczema or a fungal infection which requires treatment."

When it leads to hair loss

Patient's content producer Gemma had been experiencing issues with a flaky scalp for several years. She'd been told by her GP that this was a form of psoriasis but the treatments she'd been prescribed weren't working and she was worried it was leading to significant hair loss. We sent her for a consultation with Wong at London Bridge Hospital to try and get to the bottom of her symptoms.

After examining Gemma, Wong described her condition as 'pityriasis amiantacea' which means scaling of the scalp. It's most common in people who have a pre-existing skin condition such as psoriasis or eczema, and was responsible for the hair loss Gemma was experiencing.

"Dandruff is not a serious condition but if left untreated for a long period of time, thick layers of scale can be stuck on to the surface of the scalp, a condition called pityriasis amiantacea. This can disturb the growth of the hair and cause temporary hair loss," adds Wong.

What treatments can help?

Luckily Wong had a plan. She prescribed three products - Sebco (an ointment containing coal tar, salicylic acid and sulfur mixed in coconut oil), Capasal shampoo and a steroid cream called Diprosalic - which would form part of a daily routine to break down the scales. Gemma was also advised to have blood tests for iron deficiency and thyroid function.

"I told Dr Wong that I'd used Diprosalic before to no effect, and she reassured me that this time I would be using it correctly as it's something to use after the plaques have been broken down by the other products, not just to put on top," Gemma revealed.

For Gemma, this treatment plan has done the trick and she feels more confident with her hair than she has done in years. But it's important to be aware that, as with all skin conditions, one treatment option might work brilliantly for one person but do nothing for another. Always seek the advice of a GP or specialist dermatologist before trying a new treatment.

For milder cases of dandruff, Wong reveals there's plenty you can try at home. She recommends the following tips:

"If the scalp is itchy or flaky, then it can be worth trying a specialist 'anti-dandruff' shampoo containing zinc pyrithione, tar, salicylic acid, selenium sulfide or ketoconazole which are formulated to help with dandruff, such as TGel or Head & Shoulders. It's particularly important to leave the shampoo in the hair for at least five minutes before washing it out, so that it has time to soak into the skin."

Don't use too many products

"For some people, using hair care products (such as gels, sprays and mousses) can irritate the scalp and lead to itchiness or flaking, so I would always recommend that people streamline their routines and don't use too many products. Once the itching and flaking have stopped, additional products can slowly be re-introduced to test how the scalp reacts."

"Previous studies have shown that stress can aggravate dandruff for some people, so I always advise my patients to relax and perhaps take up an activity which helps to calm them - such as yoga."

"In the majority of cases, dandruff does not require medicine or a medical treatment. However, if over-the-counter (OTC) dandruff shampoos aren't helping, or if the scalp becomes severely red or swollen, I would advise seeing a GP for a check-up. If the symptoms suggest a more concerning condition, such as psoriasis, then a specialist referral may be advised," Wong concludes. 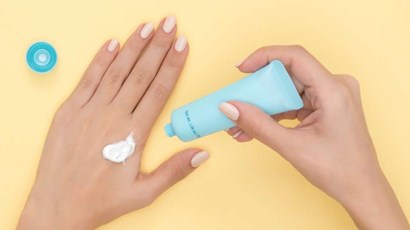 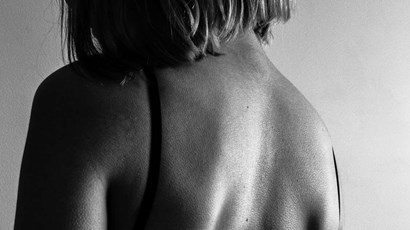 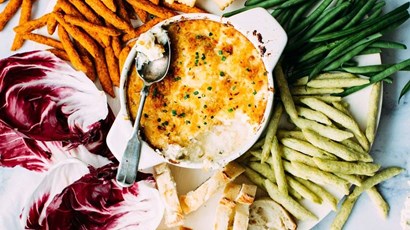