Survivors of domestic violence are three times more likely to develop a mental illness, including serious disorders such as schizophrenia and bipolar disorder.

Research from the British Journal of Psychiatry has not only highlighted a greater risk of mental health conditions developing following a period of domestic abuse, but also that women who experience domestic abuse are twice as likely as the general female population to already have a mental illness.

According to the Office for National Statistics, two million adults aged 16-59 experienced domestic abuse in the year ending March 2018 (1.3 million women and 695,000 men). On average, police in England and Wales receive over 100 calls each hour relating to domestic abuse.

Domestic abuse or violence can be physical, psychological, sexual, financial or cultural and can be experienced by people of all genders and sexualities. This study focuses on women.

The research looked at the GP records of 18,547 women exposed to intimate partner violence in the UK and 74,188 women who hadn't experienced domestic abuse, between 1995 and 2017. At the start of the study, nearly half of the survivors of domestic abuse (49.5%) had some form of mental illness, compared with less than a quarter (24%) of the women who hadn't experienced domestic violence.

Despite estimates that 1 in 4 women will experience domestic violence in their lifetimes, the study, based on GP records, found that only 0.5% of women are affected which implies a degree of under-reporting. However Dr Vishal Bhavsar from the Section of Women's Mental Health at King's College, says: "It is also important to note that these results do not mean necessarily that signs of domestic violence are being missed by GPs. Rather, better awareness of domestic violence and its relationships to mental health, and better information sharing, are likely to support better recording by different health professionals (not just GPs)."

The researchers urge police and those who work with survivors of domestic violence to liaise with healthcare professionals in order to flag up domestic abuse and help women receive treatment to prevent mental illness developing.

Professionals encourage further training and understanding about domestic abuse among GPs and health practitioners in order to improve responses. Professor Louise Howard, NIHR Research Professor in Women's Mental Health at King's College said: "The important take away message of this study is that domestic violence and abuse is a serious public health and public mental health problem. Health practitioners who see women with mental health problems in primary or secondary care therefore need to be trained how to ask routinely about domestic violence and abuse, and how to safely respond."

This study was published in the British Journal of Psychiatry. 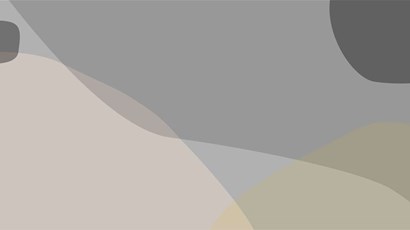 My main issue is anxiety. I am currently taking Sert. 50mg, Mirt 7.5mg, prop 20mg, each day. Sert and prop in the afternoon, Mirt at night. I read that low dose Mirt is best for sleep so Ive been...