In this series Psychosis Antipsychotic Medicines

Schizophrenia is a mental health problem. Symptoms include hearing, seeing, smelling or tasting things that are not real (hallucinations); false ideas (delusions); disordered thoughts and problems with feelings, behaviour and motivation. The cause is not clear. In many people symptoms come back (recur) or persist long-term but some people have just one episode of symptoms that lasts a few weeks. Treatment includes medication, talking treatments and social support.

Some people misunderstand schizophrenia. For instance, it has nothing to do with a split personality. Also, the vast majority of people with schizophrenia are not violent.

You should be aware that some people feel that schizophrenia should be abolished as a concept. They believe that the term is unscientific, stigmatising and not addressing the root causes of serious mental distress. However, many members of the medical profession still find the term schizophrenia useful.

Schizophrenia develops in about 1 in 100 people. It can occur in men and in women. The most common ages for it first to develop are 15-25 in men and 25-35 in women.

These are only a few examples and delusions can be about anything.

Families may only realise with hindsight that the behaviour of a relative has been gradually changing. Recognising these changes can be particularly difficult if the illness develops during the teenage years when it is normal for some changes in behaviour to occur.

Other symptoms that occur in some cases include difficulty planning, memory problems and obsessive-compulsive symptoms.

What is the cause of schizophrenia?

The cause is not known for certain but there are several current ideas. It is thought that the balance of brain chemicals (neurotransmitters) is altered. Neurotransmitters are needed to pass messages between brain cells. An altered balance of these may cause the symptoms. It is not clear why changes occur in the neurotransmitters.

Inherited (genetic) factors are thought to be important. For example, a close family member (child, brother, sister, parent) of someone with schizophrenia has a 1 in 10 chance of also developing the condition. This is 10 times the normal chance. A child born to a mother and father who both have schizophrenia has a higher risk of developing it but one or more factors appear to be needed to trigger the condition in people who are genetically prone to it. There are various theories as to what these might be. For example:

Blood and urine tests may be done. This will rule out physical causes of the symptoms or drug/alcohol misuse which may cause similar symptoms. People already diagnosed with schizophrenia may also have tests done if they suddenly become worse.

How is the diagnosis made?

Some of the symptoms that occur in schizophrenia also occur in other mental health conditions such as depression, mania, and dissociative identity disorder, or after taking some street drugs. Therefore, the diagnosis may not be clear at first. As a rule, the symptoms need to be present for several weeks before a doctor will make a firm diagnosis of schizophrenia.

Treatment and care are usually based in the community rather than in hospitals. The National Institute for Health and Care Excellence (NICE) recommends that the patient's social circumstances be assessed and their family involved as soon as possible. Most areas of the UK have a community mental healthcare team which includes psychiatrists, nurses, psychologists, social workers, etc. A key worker such as a community psychiatric nurse or psychiatric social worker is usually allocated to co-ordinate the care for each person with schizophrenia.

However, some people need to be admitted to hospital for a short time. This is sometimes done when the condition is first diagnosed so that treatment can be started quickly. Hospital admission may also be needed for a while at other times if symptoms become severe. A small number of people have such a severe illness that they remain in hospital long-term.

People with schizophrenia often do not realise or accept that they are ill. Therefore, sometimes when persuasion fails, some people are admitted to hospital for treatment against their will by use of the Mental Health Act. This means that doctors and social workers can force a person to go to hospital. This is only done when the person is thought to be a danger to themself or to others.

The main medicines used to treat schizophrenia are called antipsychotics. They work by altering the balance of some brain chemicals (neurotransmitters).

Family intervention
This may be offered and consists of about 10 therapy sessions for relatives of patients with schizophrenia. It has been found to reduce hospital admissions and the severity of symptoms for up to two years after treatment.

Art therapy
This has been found to be helpful, particularly if you have negative symptoms.

This is very important. Often the key worker plays a vital role. However, families, friends and local support groups can also be major sources of help. These organisations have many local groups throughout the UK.

It is quite common for people with schizophrenia not to look after themselves so well. Such things as smoking, lack of exercise, obesity and an unhealthy diet are more common than average in people with schizophrenia. Weight gain may be a side-effect of antipsychotic medicines. All these factors may lead to an increased chance of developing heart disease and diabetes in later life.

Therefore, as with everyone else in the population, people with schizophrenia are encouraged to adopt a healthy lifestyle. Advice includes:

The outlook (prognosis) is thought to be better if:

Newer medicines and better psychological treatments give hope that the outlook is improving. 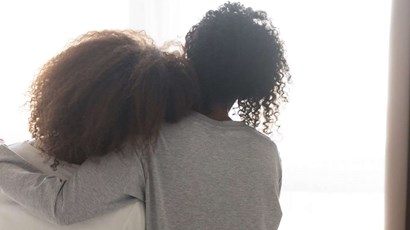 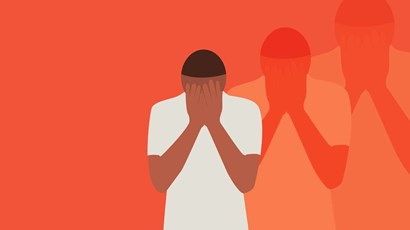 I really hope that there's someone here who understands or shares an understanding for what's going on here. My family member, not really someone who trusts "western" medicine. Understandable....