Recreational drugs are chemical substances taken for enjoyment, or leisure purposes, rather than for medical reasons. Alcohol, tobacco and caffeine can be classed as recreational drugs but are not covered in this leaflet. Recreational drugs are usually started to provide pleasure, or improve life in some way. However, they can lead to addiction, to health and social problems and to crime. Most are illegal, so their use comes with all the consequences of breaking the law. If you, or someone you know, have a problem with drugs, there are lots of ways to obtain help.

What are recreational drugs and why are they used?

What are the problems with the use of recreational drugs?

All drugs can have dangerous effects. Many can be unpredictable and variable. There are numerous problems which the use of drugs can cause. These include:

How many people use recreational drugs?

The government obtains reports on drug use in the UK every year. These are published regularly. The latest statistics at the time of writing this leaflet are from 2014.

Surveys showed that in 2014 around 15 in 100 secondary school pupils had tried drugs at some point. Currently these numbers are going down, ie fewer schoolchildren are trying drugs than in previous surveys.

Which are the most common recreational drugs used?

In the UK, cannabis is the most commonly used recreational drug. Cocaine is the second most used.

Some of the more common recreational drugs are listed below, along with their nicknames, and approximate prices in 2014-2015. However, for a complete list, visit the Frank website (see below).

Recreational drugs and the law

The Misuse of Drugs Act was a law passed in 1971 in the UK to try to prevent the use of harmful drugs. It divides drugs into three categories - A, B or C, depending on how dangerous they are thought to be. Each of the categories then has different penalties for those convicted of use or supply.

Offences under the Misuse of Drugs Act include:

Class A drugs are the most harmful. They include cocaine, heroin, ecstasy, LSD, methadone and magic mushrooms. The maximum penalty is seven years in prison plus a fine for possession, and life imprisonment plus a fine for supply.

Many drugs have medical or scientific uses, so they are placed into one of five schedules by the Misuse of Drugs Regulations of 2001. These allow some drugs to be legally used in certain situations.

Schedule 1 drugs are those which have no legitimate medical purpose. These are strictly controlled and can only be used with a special Home Office licence. This category includes cannabis, ecstasy, LSD and raw opium.

Schedule 2 drugs can be prescribed by doctors and they are legal to possess if they have been prescribed. They include amfetamines, cocaine, dihydrocodeine, heroin, methadone, morphine, opium in medicinal form, pethidine and methylphenidate hydrochloride (Ritalin®). These have to be looked after in a specific way by pharmacies.

Schedule 3 drugs can also be prescribed legally. They include groups of medicines called barbiturates and benzodiazepines, which make you sleepy. There are special rules guiding prescriptions.

Schedule 4 drugs include most minor tranquillisers, and anabolic steroids. They are legal if you have a prescription for them. However, it is illegal to supply them to other people.

Schedule 5 drugs are those which are unlikely to be abused. They do not necessarily need a prescription. They are legal to possess but illegal to supply to another person. This includes certain cough medicines and mild painkillers.

This refers to driving, trying to drive or being in charge of a vehicle while having a specified controlled drug in your body, above a specified limit. This came into effect in March 2015. The drugs covered by this offence include cannabis, cocaine, MDMA (ecstasy), LSD, ketamine, heroin and methylamfetamine.

Roadside drug screening devices use spit (saliva) to identify if the person driving or in control of the vehicle has taken a drug as listed above. Following a positive result using saliva, you can then be asked to provide a blood sample for evidential purposes, to allow prosecution for the new offence (if you are above the specified limit).

How can I tell if my child or my friend is using recreational drugs?

Some signs which MAY indicate somebody is using drugs include:

How can I obtain help if I have a problem with recreational drugs?

You are not on your own. Lots of people have tried taking drugs and have needed help to stop. If you find you are using a drug more and more often, this may be the start of becoming dependent on it. If you keep wishing you hadn't afterwards, or find you are running into trouble in other areas of your life, there are lots of ways to obtain help. Think about why you are using the drugs and see if that helps you work out how to stop. For example:

There are lots of different ways of seeking help; it depends on you which might suit you the best. Sometimes it is helpful to talk to the people who care about you - your parents, your friends, your teacher, your GP, for example. There are several organisations that help people wanting to stop taking drugs. You can choose to contact them in various ways - online for live chat, or by email, or by phone, or by visiting in person. Or you can just read the information on their websites. Some of these, such as 'Frank', 'Turning Point', or 'Know the Score', are listed below. Alternatively, your GP would be able to suggest the right place to go for help.

Don't be scared of telling people about your drug problem. They are likely to be relieved you want to do something to stop.

How can I obtain help for another person who has a problem with recreational drugs?

Talk to them first. Be honest about your concerns and discuss the risks of drug taking and the worries you have. Try to understand why they are taking drugs. Try not to be critical. If you understand why it is happening, you are more likely to be able to help them stop.

Either on your own, or with the person you are worried about, you can go and speak to your GP and ask advice. Or, you can contact one of the many organisations that help people who are misusing drugs. Several of these are listed below. They can give you advice and support. School nurses, teachers, or social workers may also be able to help and advise. It is not an uncommon problem, so you are not alone. There are professionals with lots of experience in helping other people in the same boat. 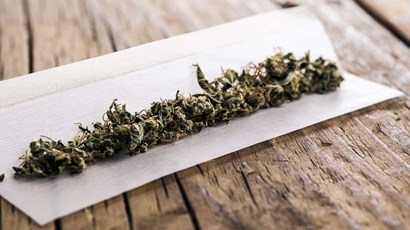 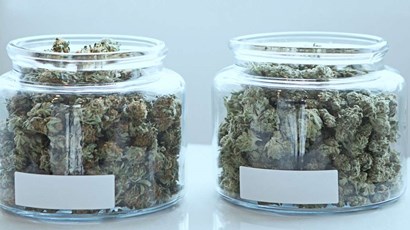 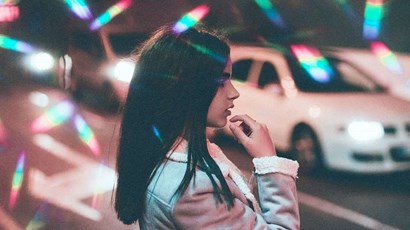 How likely is it for someone to develop schizophrenia/psychosis from smoking a strong weed once?