Sexual behaviour is a normal, healthy part of life and many people enjoy being active with multiple sexual partners or seeking out many different kinds of sexual experiences. Hypersexuality becomes a problem when it causes significant distress for a person, or puts them at risk of harming themself or someone else.

What are the symptoms of sex addiction and hypersexuality?

The symptoms should continue for at least six months before hypersexuality is used to describe the symptoms. The symptoms may include:

People may avoid difficult emotions such as sadness or shame and seek temporary relief by engaging in sexual behaviour. Therefore sexual cravings may mask other issues such as depression, anxiety, or stress.

What is sex addiction and hypersexuality?

There are various definitions used for sex addiction and hypersexuality:

It is not yet clear whether compulsive sexual behaviour should be viewed as an addiction similar to drug addictions. Many experts feel that such a diagnosis is inappropriate for people who just enjoy having a lot of sex with multiple partners. Many people believe that hypersexuality can be a problem but not an addiction.

Culture also plays a part in defining hypersexuality. Cultures that think of sexuality in a more positive way may have values that don't judge sexual behaviour as being 'excessive'.

Therefore a main point in thinking of it as a problem or an addiction is if the behaviour causes any harm to the person themself or to others.

What are the causes of sex addiction and hypersexuality?

The causes of hypersexual behaviour are not well understood. However, sex addiction and hypersexuality may sometimes be caused by traumatic experiences, distress, or by mental illness, such as bipolar disorder.

Adults who have been sexually abused as children may display increased sexual behaviour. High-risk sexual behaviour may also be associated with family problems and social stress.

How is hypersexuality diagnosed?

There is some debate and controversy about the diagnosis of hypersexual disorder. The features for diagnosis proposed in the Diagnostic and Statistical Manual of Mental Disorders Fifth Edition (DSM-5), published by the American Psychiatric Association, are:

What are the treatments for sex addiction and hypersexuality?

The possible treatments for sex addiction and hypersexuality include a combination of self-help, psychological treatment and sometimes medication. The aim of treatment is to help you manage sexual urges and reduce excessive behaviours while maintaining healthy sexual activities. Some people also need treatment for another mental health condition, such as an alcohol or drug abuse problem, anxiety or depression.

Psychotherapy can help you learn how to manage your compulsive sexual behaviour. Psychotherapies can be provided on an individual basis or with a group, with family or with your partner. Types of psychotherapy include:

Certain medications may help by reducing obsessive thoughts and behaviours or by reducing sexual urges. Medications used to treat compulsive sexual behaviour are often also prescribed for other conditions. Examples include: 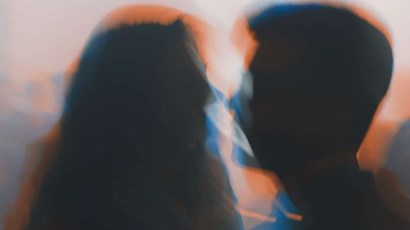 What it's like to be a recovering sex addict