Bipolar disorder is a serious, long-term (chronic) condition where you have 'lows' (periods of depression) and 'highs' (periods of mania or hypomania). Treatment with mood stabiliser medicines such as lithium, anticonvulsants or antipsychotic medicines aims to keep your mood within normal limits. Psychological therapies (which involve talking to a trained psychologist or interacting through the internet) may also help.

What is bipolar disorder?

Bipolar disorder is sometimes called bipolar affective disorder. It used to be called manic depression. In this condition you have periods where your mood (affect) is in one extreme or another:

The length of time you spend in each extreme can vary. It is usually for several weeks at a time or longer. Bipolar disorder is very different from the mood swings that moody people have which last a few minutes or hours.

You can have any number of episodes of highs and lows throughout your life. In between episodes of highs or lows there may be gaps of weeks, months or years when your mood is normal. However, some people swing from highs to lows quite quickly without a period of normal mood in between. This is called rapid cycling. (If you have the rapid cycling form of the condition you have at least four mood swings per year.)

Note: some people with bipolar disorder can have periods of mixed symptoms where they quickly alternate between depressive symptoms and manic symptoms (usually within a few hours). This is known as a mixed bipolar episode.

There are two types of bipolar disorder:

Who gets bipolar disorder?

About 2 in 100 people develop this condition. It can occur at any age but most commonly first develops between the ages of 17 and 29. It occurs in the same number of men as women.

The rapid cycling form of the condition occurs in about 1 in 6 cases.

The exact cause is not known. However, your genetic 'makeup' seems to play a part. Your chance of developing this condition is higher than average if other members of your family are also affected.

Stressful situations may trigger an episode of mania or depression in people prone to this condition. It is thought that an imbalance of some chemicals in the brain may also be present in people with bipolar disorder.

What are the symptoms of mania and hypomania?

Mania causes an abnormally high or irritable mood which lasts at least one week - but usually lasts much longer than this. It can develop quite quickly - over a few days or so. When you are high you will usually have at least three or four of the following:

Severe mania may also cause psychotic symptoms where you lose touch with reality. For example, you may hear voices which are not real (hallucinations), or have false beliefs (delusions). These tend to be delusions of importance (such as believing that you are a famous celebrity).

Usually, you do not realise that you have a problem when you are high. But, as the illness develops, to others your behaviour can be bizarre. Family and friends tend to be the ones who realise that there is a problem. But, if someone tries to point out that you are behaving oddly, you tend to become irritated as you can feel really good.

If mania is not treated, the bizarre and uninhibited behaviour may cause great damage to your relationships, job, career and finances. When you recover from an episode of mania you often regret many of the things that you did when you were high.

Hypomania is the term used when you are high but the symptoms are not as severe or extreme as in true mania. You may function quite well if you have hypomania. For example, you may just appear to be full of energy, and the life and soul of the party, and you may work too much but find it difficult to switch off and relax. However, you are still at risk of making rash and dangerous decisions. Family and friends will recognise that you are not your normal self.

Symptoms of depression and bipolar disorder

The word depressed is a common everyday word. People might say "I'm depressed" when in fact they mean "I'm fed up because I've had a row, or failed an exam, or lost my job", etc. These ups and downs of life are common and normal.

With true depression, you have low mood and other symptoms each day for at least two weeks. Symptoms also become severe enough to interfere with day-to-day functions.

Some people do not realise when they develop depression. They may know that they are not right and are not functioning well but don't know why. Some people think that they have a physical illness - for example, if they lose weight.

As discussed above, if you have symptoms of mania, often you do not realise that there is anything wrong. It is often your friends or family who are the ones who can see that you are not your usual self. They may encourage you to see your doctor who can usually diagnose an episode of mania from your typical symptoms and the way that you are behaving.

To help increase the chances of the right diagnosis (if you have had unrecognised episodes of mania or hypomania in the past), your doctor may ask you to complete a simple mood questionnaire to look for possible bipolar disorder. This questionnaire includes questions such as:

Your doctor may also ask if there is a history of bipolar disorder in your family, as this can make it more likely for you.

Sometimes people who are treated with antidepressants for an episode of depression can develop symptoms of mania or hypomania or may fail to respond to the antidepressants. This can also be a sign for your doctor that you actually have bipolar disorder and not just depression.

If your doctor suspects that you may have bipolar disorder, they will usually refer you to a specialist mental health team to confirm the diagnosis and so that treatment can be started.

What is the usual pattern and outcome of bipolar disorder?

Bipolar disorder is a lifelong condition. Some general points include the following:

So, some people have more frequent and severe episodes than others. Because of the nature of the condition, your chance of holding down a job is less than average. Relationships can be strained. Also, you have an increased risk of suicide if depression becomes severe and an increased risk of death from risky adventures during an episode of mania. The outlook is worse if you take street drugs or drink a lot of alcohol.

The course, pattern and outlook of the condition can be improved. However, there is no once and for all cure. Treatment usually means that episodes of mania or depression are shorter and/or may be prevented.

Lithium is the most commonly used medicine for bipolar disorder in the UK. It comes as a tablet and has been used for many years. However, it is not clear how it works. It is used to treat episodes of mania, hypomania and depression.

Sodium valproate, carbamazepine and lamotrigine are used to treat episodes of mania. They are also used long-term as mood stabilisers. (Anticonvulsant medicines are commonly used to treat epilepsy but have been found to work in bipolar disorder too. However, it is not clear how they work in this condition.) Sometimes one of these medicines is used alone. Some people take an anticonvulsant in addition to lithium, if lithium alone does not work so well.

Note: sodium valproate is not used in women who could get pregnant. This is because there is a chance that it could harm a developing baby.

An antipsychotic medicine may be used to treat an episode of mania or hypomania. Another name for these is major tranquillisers. They include olanzapine, quetiapine and risperidone - but there are others. Some are more sedating than others. Once one of these medicines is started, the symptoms of mania or hypomania often settle within a week or so.

The treatment of depression in people with bipolar disorder is similar to that for people who develop depression without episodes of mania.

When you have an episode of mania or hypomania, usually you do not realise that you are ill. It is sometimes necessary to give treatment against your will if you have symptoms which are putting you, or other people, at risk of harm. A short admission to hospital is sometimes needed.

Other treatments and new developments

Electroconvulsive therapy (ECT) in which a mild electrical current is passed through the brain, is recommended for severe mania which does not respond to treatment with medicines.

If you are planning to become pregnant, or if you have an unplanned pregnancy, you should contact your doctor or specialist mental health team as soon as possible. You may need a change to your medication. This is because there may be a risk to the development of your unborn baby with some of the medicines used to treat bipolar disorder. However, do not stop any medication abruptly without first speaking with a doctor. 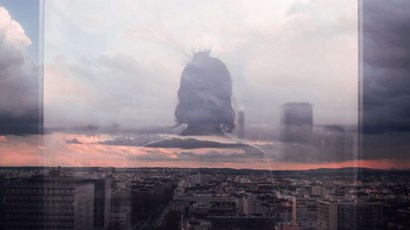