About 2 in 3 smokers want to stop smoking. Some people can give up easily. Willpower and determination are the most important aspects when giving up smoking. However, nicotine is a drug of addiction and many people find giving up a struggle. Help is available.

GPs, practice nurses or pharmacists can provide information, encouragement and tips on stopping smoking. Also, throughout the UK there are specialist NHS 'Stop Smoking Clinics' which have good success in helping people to stop smoking. Your doctor may refer you to one if you are keen to stop smoking.

Below are some tips and brief information about medicines which may help you to quit smoking. For more detailed information, see the separate leaflets called E-cigarettes, Nicotine Replacement Therapy (NRT), Varenicline (Champix) and Bupropion (Zyban).

Write a list of the reasons why you want to stop, and keep them with you. Refer to them when tempted to light up.

Set a date for stopping and stop completely. (Some people prefer the idea of cutting down gradually. However, research has shown that if you smoke fewer cigarettes than usual, you are likely to smoke more of each cigarette and nicotine levels remain nearly the same. Therefore, it is usually best to stop once and for all from a set date.)

Tell everyone that you are giving up smoking. Friends and family often give support and may help you. Smoking by others in the household makes giving up harder. If appropriate, try to get other household members who smoke, or friends who smoke, to stop smoking at the same time. A team effort may be easier than going it alone.

Get rid of ashtrays, lighters, and all cigarettes.

Be prepared for some withdrawal symptoms. When you stop smoking, you are likely to have symptoms which may include feeling sick (nausea), headaches, anxiety, irritability, craving, and just feeling awful. These symptoms are caused by the lack of nicotine that your body has been used to. They tend to peak after 12-24 hours and then gradually ease over 2-4 weeks.

Anticipate a cough. It is normal for a smoker's cough to become worse when you stop smoking (as the airways 'come back to life'). Many people say that this makes them feel worse for a while after stopping smoking and makes them tempted to restart smoking. Resist this temptation! The cough usually gradually eases.

Be aware of situations in which you are most likely to want to smoke. In particular, drinking alcohol is often associated with failing in an attempt to stop smoking. You should consider not drinking much alcohol in the first few weeks after stopping smoking. Try changing your routine for the first few weeks. For example, despite the UK ban on indoor smoking in pubs, outside the pub might still be a tempting place to drink alcohol and smoke. Also, if drinking tea and coffee are difficult times, try drinking mainly fruit juice and plenty of water instead.

Take one day at a time. Mark off each successful day on a calendar. Look at it when you feel tempted to smoke, and tell yourself that you don't want to start all over again.

Be positive. You can tell people that you don't smoke. You will smell better. After a few weeks you should feel better, taste your food more and cough less. You will have more money. Perhaps put away the money which you would have spent on cigarettes, to spend on a holiday or other treat.

Food. Some people worry about gaining weight when they give up smoking, as the appetite may improve. Anticipate an increase in appetite and try not to increase fatty or sugary foods as snacks. Try fruit or sugar-free gum instead.

Don't despair if you fail. Examine the reasons why you felt it was more difficult at that particular time. It will make you stronger next time. On average, people who eventually stop smoking have made three or four previous attempts.

Stop Smoking Clinics are available on the NHS in the UK. They have good success in helping people to stop smoking. Your doctor may refer you to one if you are keen to stop smoking but are finding it difficult to do so.

Various medicines can increase your chance of quitting. These include:

E-cigarettes are designed to look and feel like normal cigarettes. They have a heating element inside that vaporises a solution - this looks like smoke. It may also contain nicotine. They are substituted for normal cigarettes or cigars. 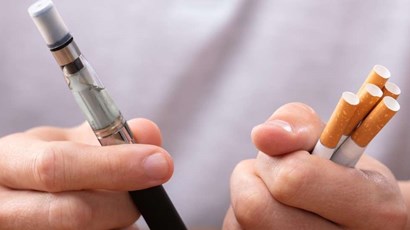 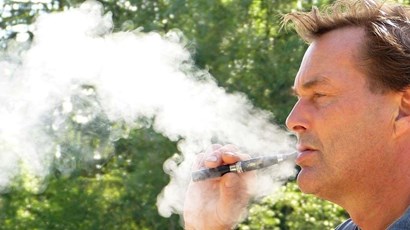 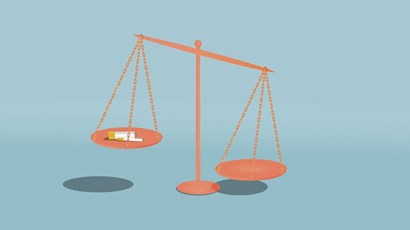 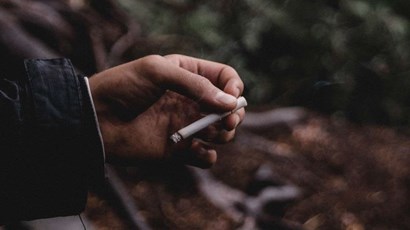